VOLTA has only allowed backstage access once before. A network morning show was allowed to follow a VOLTA star, but the Zevely Zone got the call for the behind the scenes tour and so Jeff went to Del Mar to look behind the curtains. 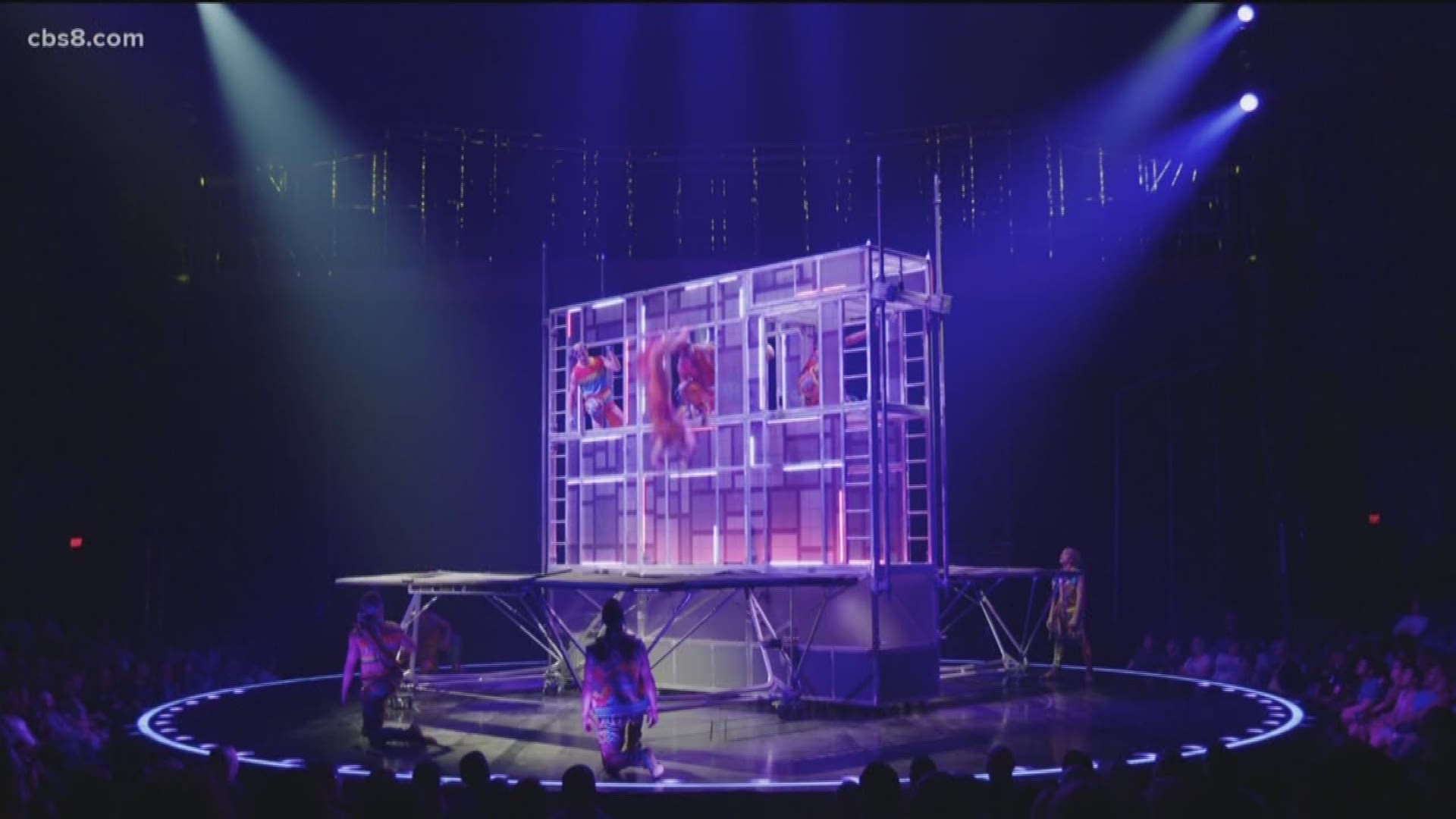 DEL MAR, Calif. — Trampoline artists have no fear of heights - which must be why, the highest of flyers, Sam Sendel was willing step up on a box for an eye to eye interview with Jeff Zevely.

"They do this with Tom Cruise in the movies as well so I am not insulted at all," said Sam.

She is a Canadian born 27-year old champion trampolinist who is traveling the world with Cirque du Soleil's show VOLTA.

"I used to be a tree climber," Sam said with a smile as she shows me pictures of her flying through the air.

Apparently, she realized early on in life, the higher she could climb the better, especially if she could jump off the top of it.

"You are an adrenaline junkie? Jeff asked her. To which she replied, "I am. Definitely."

Sam grew up with three daring brothers, which meant a family with four soaring siblings.

"As my mom likes to say, I am guilty for all of her silver hairs," said Sam.

Silver hairs lead to silver medals and a few gold ones too for this gymnast turned VOLTA star. She has a seven minute trampoline performance.

VOLTA has only allowed backstage access once before. A network morning show was allowed to follow a VOLTA star, but the Zevely Zone got the call for the behind the scenes tour and so Jeff went to Del Mar to look behind the curtains.

All of the costumes were created by the same designer who dressed Michael Jackson and Lady Gaga for big events.

Sam's love for Superman, earned her the nickname Super Sam.

"This act is high action we are all moving everywhere," she tells me.

She's able to leap tall buildings with a single bound alright. At five-foot-two, Sam Sendel stands tall on the tramp.

"It's the dream right? I get paid to do what I love which is jump on trampolines and I get to see the world on top of it. I mean it doesn't get any better than that."

Cirque du Soleil is showing under the Big Top at the Del Mar Fairgrounds. The venue seats more than 2,500 people.

VOLTA is in town until May 5th.