Ordinary guys performed an extraordinary effort to save a life 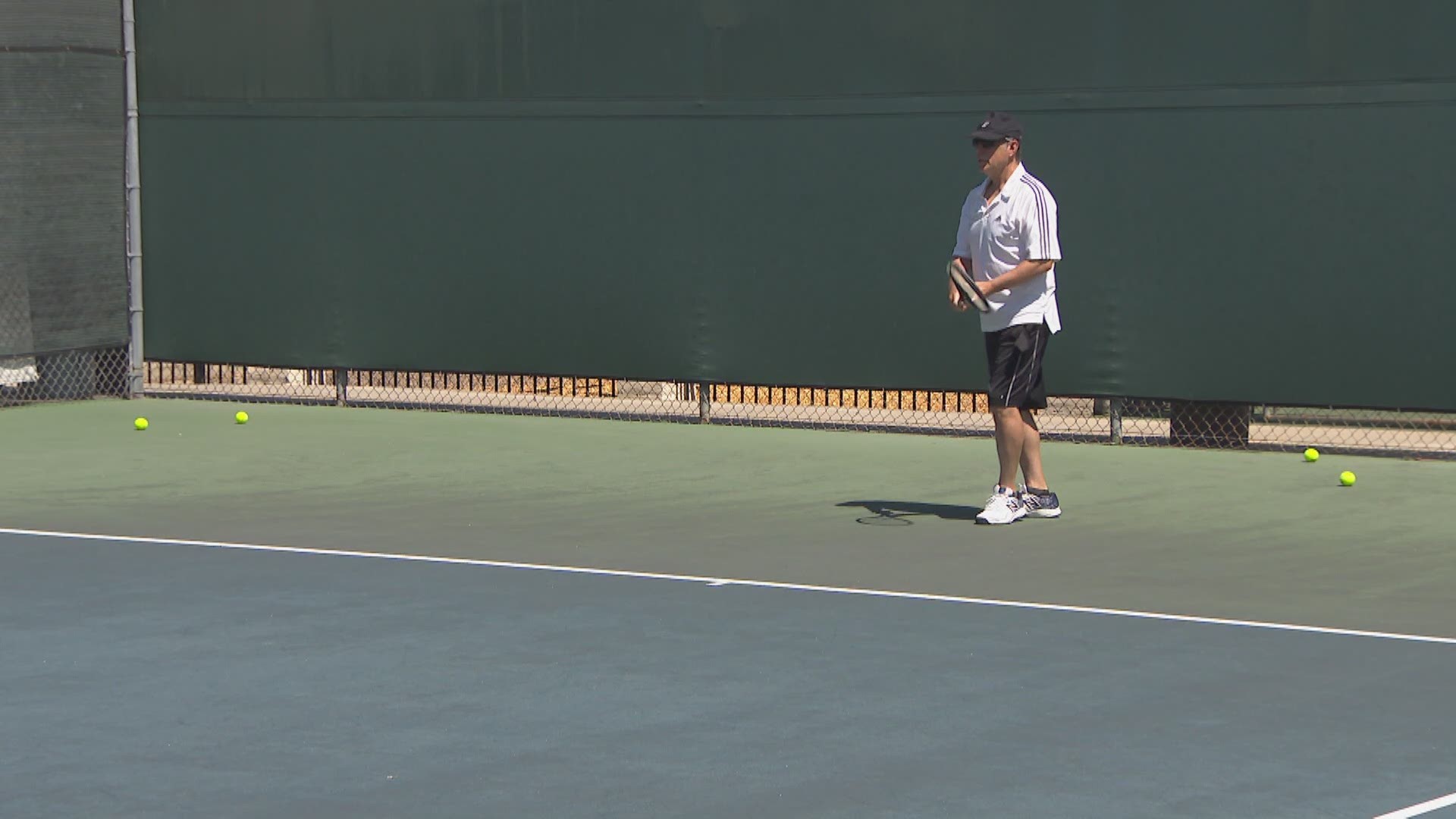 SAN DIEGO — A tennis player in Rancho Bernardo was not quite ready to call it game, set and match. In this Zevely Zone, I visited the Rancho Bernardo Swim and Tennis Club where some ordinary guys performed an extraordinary effort to save a life.

It was an April Fools Day tennis match that was no joke. More than four months after the incident, about 20 people gathered to reunite with the victim, Steve Sayler, who went into sudden cardiac arrest on April 1.

Steve was playing tennis with three friends when he suffered the medical episode. Through the quick thinking of his teammates Rick White, John Winkler, John Greco, and staff member Beau Stewart, cardiac compressions and an automated external defibrillator (AED) provided by RBST, Steve is alive and well today and back to playing tennis.

"I saw him bend over and I thought, oh, I didn't know what was wrong with him. I thought he hurt his knee," said Winkler who watched Steve Sayler go into cardiac arrest.  "I don't remember anything, so that whole day is a blank," said Sayler.

Surveillance video at the Rancho Bernardo Swim and Tennis Club shows Winkler running to get help while Rick White stayed with Steve. "No pulse, no breath, his eyes were wide open and not blinking. We were a bit panicked," said Rick.

With Steve not breathing, John Winkler ran to the office to grab this AED. He didn't know how to use it. Turns out he did not have to. "It audibly tells you what to do. It's just great."  The company that makes this device, Cardiac Science, demonstrated how it works in front of the gathering.  "The real hero is that AED it audibly walks you through everything. It's amazing," said Winkler.  AED stands for Automated External Defibrillator and it saved Steve's life.

Councilmember Mark Kersey commended the club for being prepared. "Congratulations," he said while passing out several awards and proclamations.  Councilmember Kersey not only knows Steve Sayler personally, he's an advocate of AED's.  Kersey has helped equip every police car in the Northeast Division with one. "They are truly lifesavers. It's sounds trite to say that but when the chips are down and you need them, you need them and they work as evidenced by what we are here today celebrating," said Councilmember Kersey.

Maureen O'Connor, with San Diego Fire and Rescue, says since 2001, 9,000 AED's have been installed across San Diego County.

"We've helped to save 182 lives. Three of those lives were children," said O'Connor.

After receiving Heart Beat Hero Awards, it was time for four tennis friends to settle some unfinished business.

"I understand that we were leading at the time when I went down so we are here today to finish that set because they were trying claim it by default, ha, ha, ha, and I didn't think that was too fair," said Sayler.  So they took the court for Steve to finish the match and his life. "It's just wonderful. I was not ready to check out," said Sayler.