"It is the probably the coolest job in San Diego. I get to play music, which is what I love, and I get to do it while watching baseball at the same time." 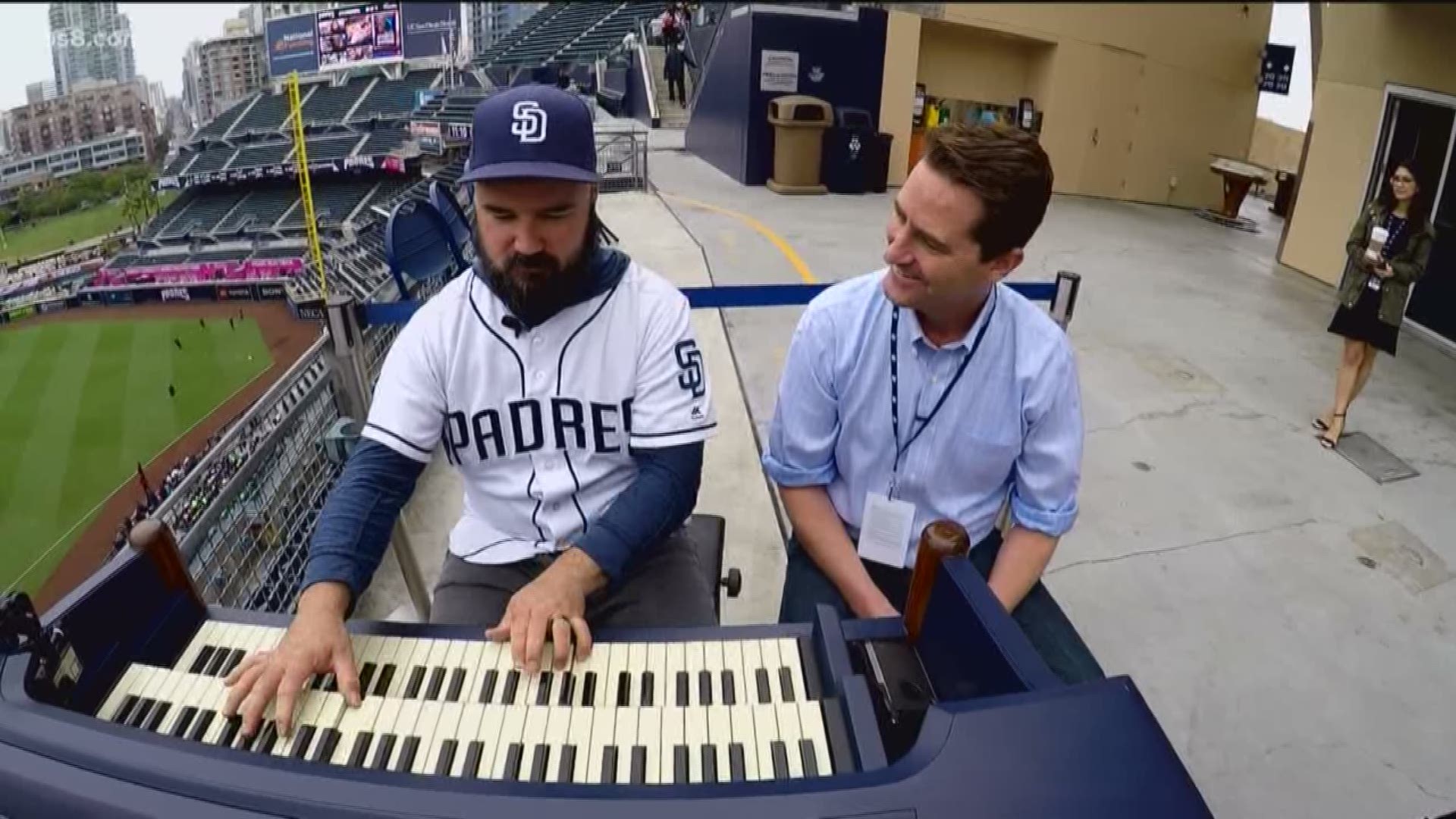 SAN DIEGO — Some say if you love what you do for a living, you'll never work a day in your life. Jeff Zevely from the Zevely Zone was invited to Petco Park to meet someone who may be living by that adage: the San Diego Padres' organist, Bobby Cressey.

"Some Stevie Wonder? This is one my favorites," said Bobby Cressey as Jeff pulled up a chair next to his outdoor organ that overlooks the field.

Bobby is a San Diego native and he's been playing the keyboards for the Padres for the past 10 years.

"This is the song you have to know," Bobby said as he played the baseball classic "Take Me Out to the Ball Game."

"Tell me you know this song, you were in high school," said Bobby.

A Padres' super fan, Bobby "jumped" at the chance to land this gig.

"Yeah, it is the probably the coolest job in San Diego. I get to play music, which is what I love, and I get to do it while watching baseball at the same time," he said.

From his outdoor office with a view, Bobby watches and plays to the game. He takes requests, just not from one Red Sox fan who wanted to hear Sweet Caroline.

"I told him in the nicest way I could, that's not going to happen," said Bobby. "You got to be nice to people but you got to put your foot down."

Speaking of putting his foot down, Bobby slips off his shoes before every performance.

"Oh, it gives me better control to play the pedals here," he said.

He has control alright - of every ballpark classic.

"Do you know this one?" Bobby is playing another game of "Name That Tune" with Jeff.

Jeff listened and said, "Yes, that is the song my wife and I walked into our wedding reception to. 'Green Onions,' right?"

Bobby yelled in excitement: "Yeah, you nailed it, man!"

Actually, Jeff thinks Bobby nailed it with the tough choice he had to make on Opening Day this season.

"My daughter was born on Opening Day," said Bobby.

A father first, Bobby missed that game to be at the hospital with his wife, but then went right back to work because he just can't get enough of rooting for the home team.

"Yeah, you can't complain coming to a job like this," said Bobby who is playing "Take Me Out to the Ball Game" again.

"I wonder how many times I've actually played this song," he said with a smile.

If you'd like to learn more Bobby Cressey's music career go to BobbyCressey.com.