Ron Bouchard's new book is called "My Time in the Twentieth Century" and Ron told us his secret to a long life. 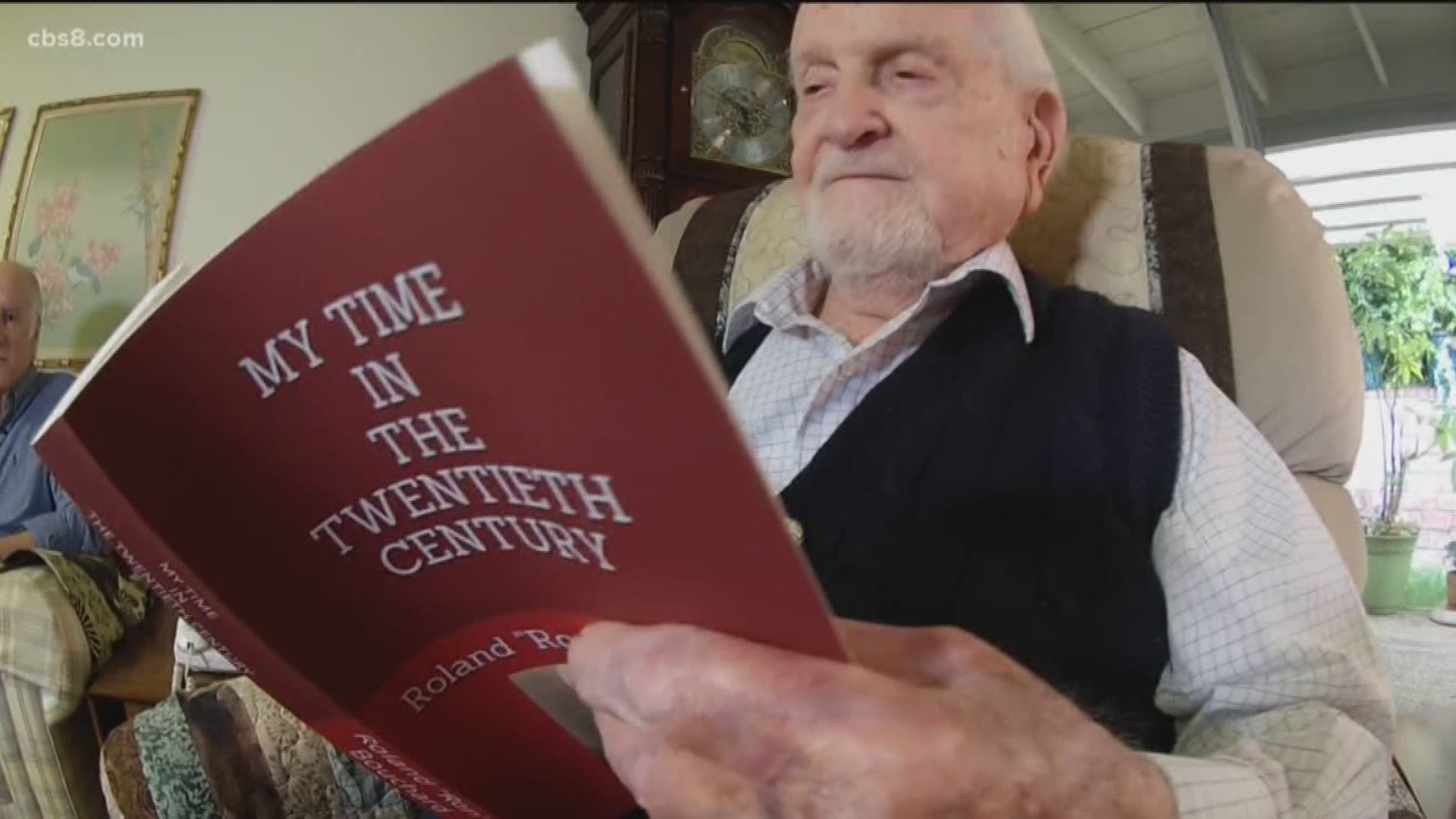 SAN MARCOS, Calif. — You're never too old to write a new chapter to your life - or a book for that matter. In 2017, Jeff Zevely from the Zevely Zone, introduced you to Ron Bouchard in San Marcos

He is known as the "Piano Man" because he loves to play the piano for his friends at his retirement community. Two years have passed, and Ron still plays the piano but his fingers have been busy on the keys of a typewriter as well writing the history of his life.

His new book is called "My Time in the Twentieth Century." After 102 years of living, Ron told us his secret to a long life:

It's his direct way of saying when you get shipped off to war as a young man: Breathe. When the love of your life dies after 74 years of marriage: Take a breath.

About a year ago, Richard and his wife Karen met the straight-talking sailor for the first time when they moved into his retirement community.

"As we walked away, Karen sneered and said, 'it looks like he may be kind of a jerk.' We didn't know him at all at that point, this is news to you, isn't it Ron?" Richard said with a smile.

Karen Riehl is an author of 13 books and she fell in love with Ron's story. Richard decided to be his editor and publish his story on Amazon. Ron's book is 410 pages long and filled with wisdom, which includes advice for teenagers in the 21st Century as they craft their lives. Advice like: stay away from credit cards, don't get into debt and never judge a book by it's cover.

"He is about as far from a jerk as you can imagine. This man is an honest man. He tells the truth," said Richard.

Ron Bouchard has a message for all of us:

"What I like about my life most about my life today is I am 102 years old and I can still do something for somebody. I'm 102 and I am still not through."

Ron then sat down and played "Somewhere Over the Rainbow" - he is the "Piano Man" after all.

If you'd like to buy Ron Bouchard's book it currently sells for $10.70 on Amazon. For more information, click here.