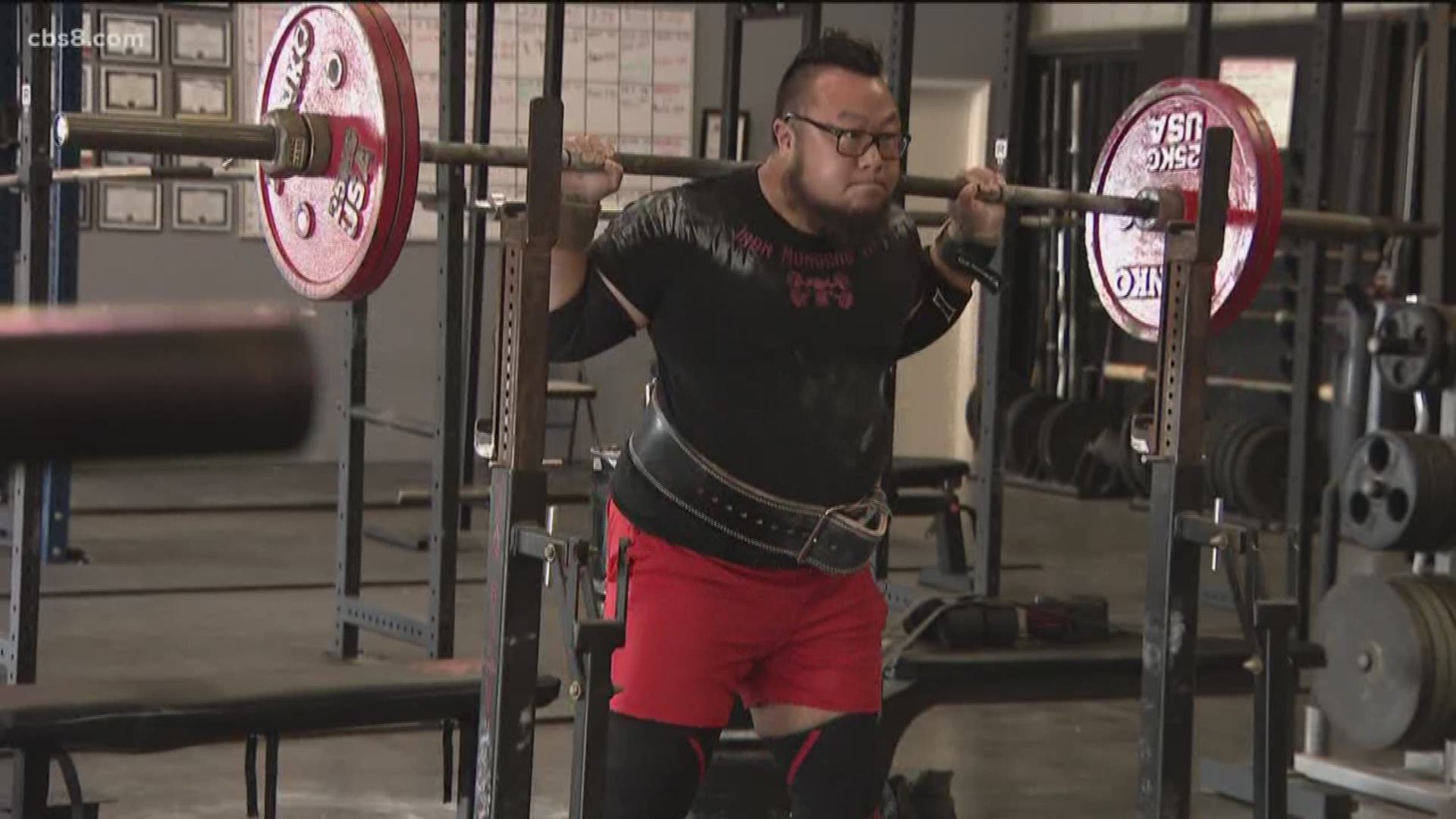 ESCONDIDO, Calif. — Life can get heavy sometimes, in church and in the weight room.

The first thing you notice at the Iron Monger Gym is that guy working out directly under a sign that reads "Lift Angry" may just be the happiest man you'll ever meet.

"You have a softer side?" said Jeff Zevely.

"I tend to think that," laughed Choi.

Between massive sets of lifting weights, Choi stopped to snack on Rainbow Skittles.

"Yeah it's not a kale salad here," said Choi.

Choi has a softer side alright. On Sundays, you'll find him lifting people up as the senior pastor at the First Congregational Church of Escondido.

In July, Choi will compete in the US Powerlifting National Championship.

"This is my big goal right now," said Choi preparing to lift some more weights.

He is training to lift more than 400 pounds on the bench press, 600 pounds on squats and another 600 on the dead lift. Choi is 39 years old but competing in the Open Division against athletes in their early 20s.

It's important to point out the event is a drug-free competition, all natural with no steroids allowed.

Choi's lifting coach and owner of the gym, Rick Simmons, says a powerlifting pastor is a first.

Choi lifts a combined 1,600 pound plus of weight with his mind, body and soul. His congregation depends on him in sickness and in health.

"What is your message to them?" asked Jeff.

"I always tell people the most authentic side is the most important side of the humanity here what you see here may be different but it's the same me no matter what."

Choi says when he is training he eats steak, rice and potatoes. His powerlifting championship takes place in Las Vegas next month in July.

A powerlifting pastor doing God's work. Doesn't get any heavier than that.