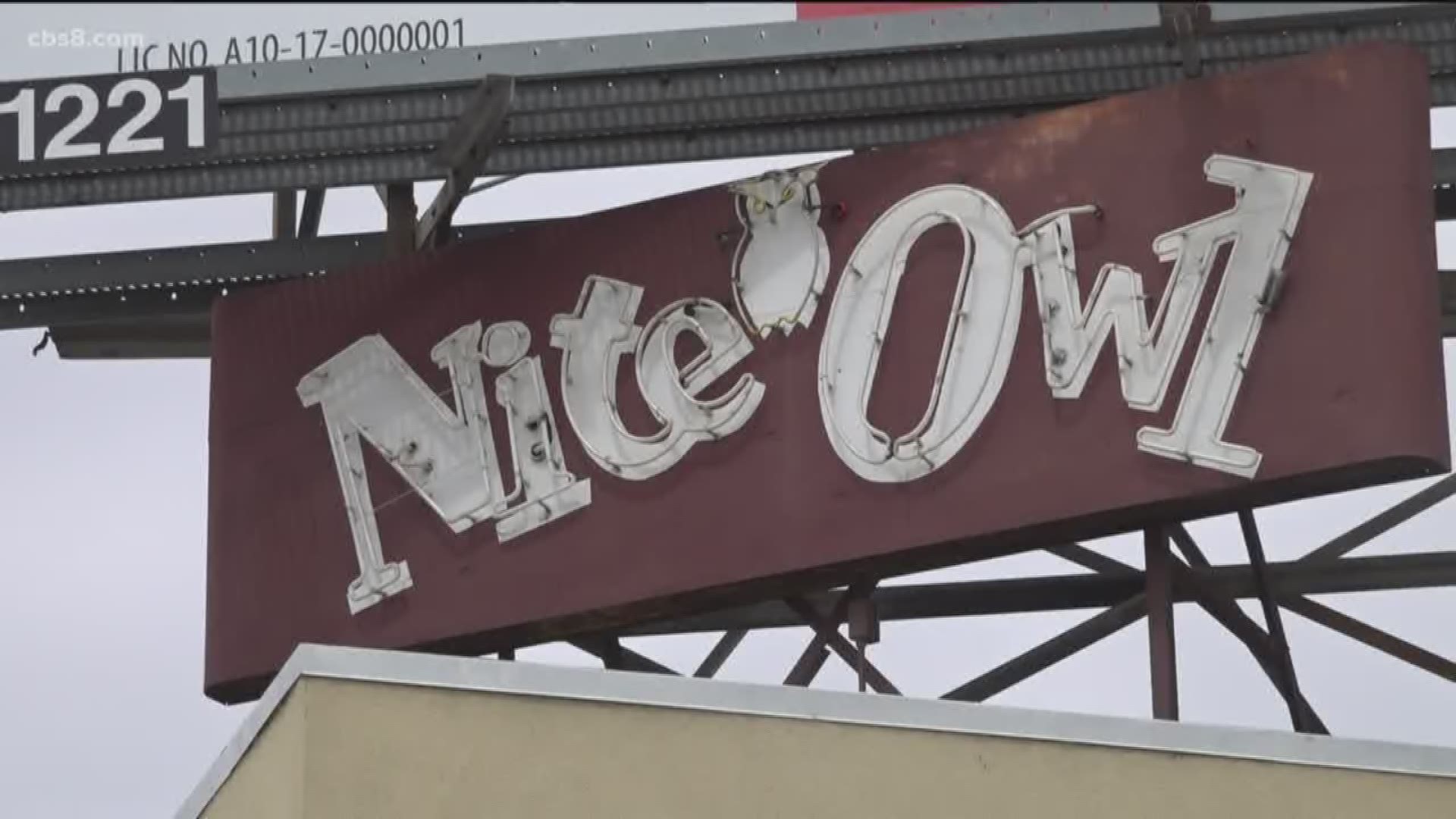 It’s a San Diego classic dive bar that’s been open since 1962. It’s on the corner of Garnet Avenue and Mission Bay Drive, one of the busiest  intersections in San Diego.

That's where we find Hannah Daly.

"As you can hear, it's arguably the the worst intersection in San Diego, I think everybody hates this intersection. There is always so much traffic."

Hannah is a professional muralist setting her sights on one famous bird, "Yes, I have been a Nite Owl here."

I mean who hasn't tossed one back at the Nite Owl?

"My mother lived here in the '60s and '70s," said Daly. "Everyone has stories of people like, my grandparents used to come here all the time."

Even the regulars will stop diving into a dive bar if you don't fluff up your feathers every now and then.

"I think this is such a gift to create something so huge," said Daly, as she works on a new mural that depicts the famous owl on the side of the bar.

The new owner, David Chan, has been investing a lot of time and money over the past few years to fix up the inside - and doing an exterior face lift.

As Hannah paints, drivers in passing cars yell at her.

"I mean honestly, you can't hear anything at this intersection because of the traffic so people are screaming at me and I have no idea what they are saying half of the time."

Yeah, that's what we call the bar, but I think this early bird special needs a nickname.

"Oh I didn't name the owl, that's a good idea we might have to," said Daly.

Behind the bar, bartender Nicole Ellsmore, wasn't ready to serve one up.

"Oh man, that's a tough one, I don't know any nicknames," said Nicole.

She puts on her drinking cap and said, "'Maybe Bud the Owl?"

We need approval from the owner, David.

"Bud? Huh, that sounds good that's what we sell the most. Budweiser," said Chan.

The next time you head out to paint the town stop by and say hello to a fresh, feathery face, who just happens to be watching Hannah - like a hawk.

"I know right? Checking me out making sure I am doing a good job."