Jeff needs surgery on his foot to remove benign tumor. 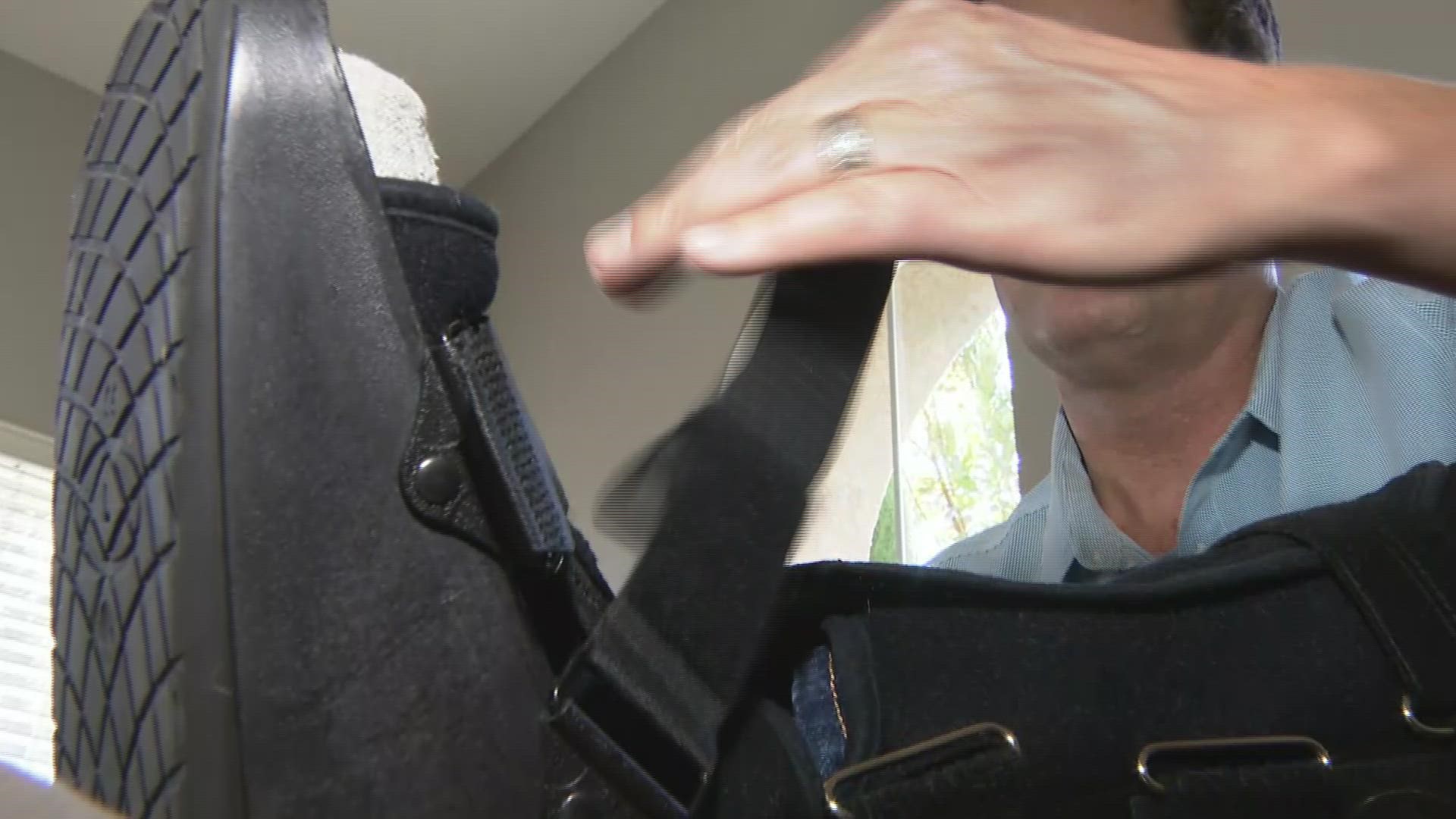 SAN DIEGO COUNTY, Calif. — When it comes to the Zevely Zone, nothing gets in the way of telling a good story. But you may have noticed in recent months, I have been traveling the county telling those stories with an aching foot. In this Zevely Zone, I want to explain why I will be taking time off work to address the problem.

When viewers watch television, they rarely see a reporter's feet. So, you may or may not have noticed that I have been wearing a walking boot on my left foot for most of this year. I start most of my days walking with my dog Raleigh. In early 2021, my foot started hurting. Icing twice a day did not help. I bought several pairs of comfortable walking shoes, but the problem persisted. A podiatrist suggested I buy metatarsal pads and orthotics for my shoes. When the problem grew worse, I ended up in a walking boot.

For months, viewers have spotted the boot and expected a great story to explain my ailment. Viewers asked me if I hurt my foot break dancing? Mountain biking? Skydiving? Did I fall off the top of a waterfall? They demanded a good story. Talk about irony, the guy who writes stories for a living had no story at all.

Throughout the medical process, I was given X-rays and two MRI's. Doctors discovered a tumor growing between my toes about the size of a marble. I was told early on that foot tumors are rarely malignant which was comforting. But when the first biopsy was inconclusive, I started to grow uneasy. Thankfully, following a second biopsy, doctors determined the tumor was benign.

Doctors don't know how or why a little lump showed up on my foot, but they all agree it must be removed. Because my 'little friend' is growing between my toes, the surgeon plans on making incisions on the top and bottom of my foot. I was shocked when they told me the recovery time is two to three months.  As you can imagine, I was a bit nervous about breaking the news to my News 8 supervisors. But unequivocally and without hesitation, my bosses all told me that my health comes first. News 8 is my second family, and their support of my medical leave means the world to me.

I have not taken a sick day in years, so taking this much time off work feels very strange. This whole ordeal has been a lot like getting a flat tire in your car. One day you're driving along and BOOM, suddenly you've got to pull over and do what it takes to get back on the road.

RELATED: Jeff's daughter learns how to drive during COVID-19

Thank you, San Diego, for your support as I take some time to kick my walking boot to the curb! I hope to post several updates about my recovery on my Facebook page @ZevelyZone. I will miss telling your stories but count on me to be 'mentally' running in place preparing to return to a job I love.