"It's definitely overwhelming in a magical way." 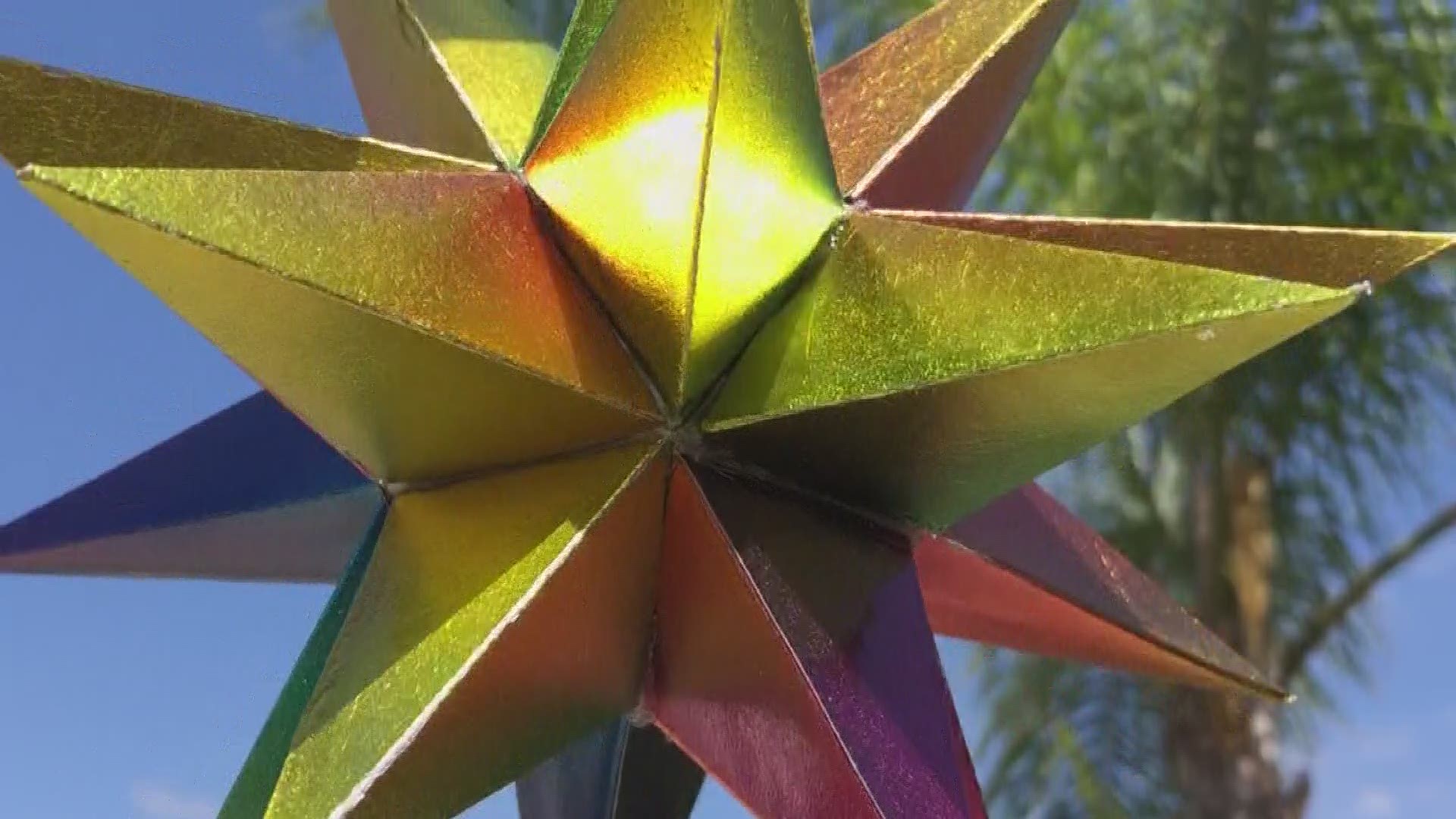 As much as we dream about someday enjoying our golden years, a Rancho Bernado Marine veteran says retirement can be overrated if you don't keep yourself busy.

The next time you go star gazing, might I suggest finding the softer side of Don Waggett?

"I find it hard to believe you were Marine?" I said to Don as he handled a glue gun at a crafting table in his Rancho Bernardo garage.  Don responded with a laugh.

After serving his country for 20 years,  Don became a teacher for 30 more.

"I love teaching and those 'aha' moments when you see a kid's face and say 'I get it'," said Don.

That's the face Don made the first time he gazed upon a Great Stellated Dodecahedron.

His garage is filled with them.

Originally a salt crystal discovered in 1578 in an Austrian mine, people like Don who became enamored with the star turned making them into a study of geometry.

"This looks very complicated,” I said. “What is all of this math? Five over two comma three?"

"Something tells me you are living in a different world,” I said.

His stars are certainly out-of-this-world and so is his productivity.

"What is that number up on the wall?" I asked, pointing to a white board.

They take three hours each to make. You do the math!

Don started making them as holiday ornaments. "Santa Claus," he said demonstrating the goods.  Don realized Christmas trees only come once a year, so he branched out.

Inside each star? "These are called what?" I asked.

"You made all of these?" I asked. "Have you ever seen the movie 'A Beautiful Mind'?"

Don's daughter, Justine, says he is a mathematician.

"It's definitely overwhelming in a magical way coming into the garage and seeing all of this for the first time," said Justine.

Justine is visiting her father due to a health scare. When I called Don to set up this story he was at Scripps Memorial Hospital.  Don had a pacemaker installed and three days later, back to the assembly line.

"Well you can't stop; if you stop then you do die," said Don.

He's a former teacher, who deserves a gold star because every time he puts one of these beauties in a person's hand he hears, "Wow, what is that thing?"

Don calls his operation “Twinkle, Twinkle.” If you'd like to learn more about making a Great Stellated Dodecahedron or would rather have Don make one for you you can email him at twinkle.twinkle.ornaments@gmail.com.