In Fridays Zevely Zone, Jeff teamed up with law enforcement and San Diego's most famous faces to hustle for tips and a good cause. 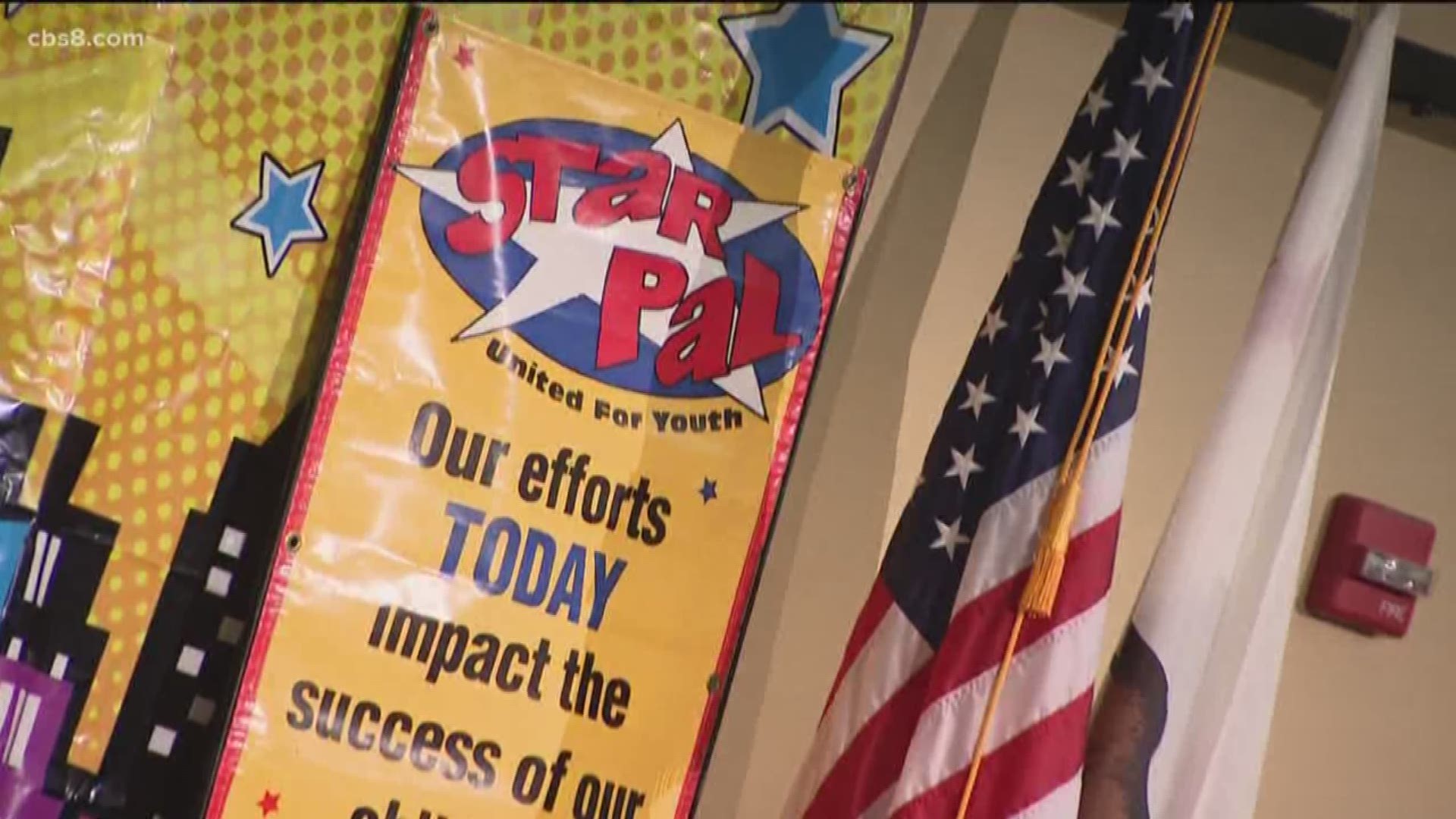 In Fridays Zevely Zone, Jeff teamed up with law enforcement and San Diego's most famous faces to hustle for tips and a good cause.

The room at the Jacobs Center was filled with giving people and San Diego's biggest names.

They teamed up to squeeze tips out San Diego nicest donors.

"Go ahead and be rude. Separate them from their dough man," screams San Diego publicist Jack Berkman.

Former world champion wrestler, Bill Goldberg, showed Jeff his plans for any cheapskates as he picks Jeff up on his shoulders and playfully crushed Jeff into a wall.

STAR PAL serves at risk youth like Aileen Bouaphanh who was raised in a broken home but is now heading off to college.

"No matter what happens to me I could count on them to tell them my problems or how I am feeling," said Bouaphanh.

Waiters come loaded with gifts and secret skills which they sell for a good cause.

Jeff said to NBA Hall of Fame player Bill Walton, "For a thousand dollars could you throw down one more windmill dunk?"

Walton smiled and looked at the camera, "One more dunk!"

The mission of STAR/PAL is to empower under served youth to build a safer and more prosperous community by engaging with law enforcement and collaborative partners.

You'll have to watch the story to see whatever became of Jeff.

Jeff Zevely
A Zevely Zone first!! Professional Wrestler, Bill Goldberg, lifts me up & crashes me into a wall. Watch it tonight on CBS 8 at 5:40 pm & 10:40 pm on the CW San Diego. Anything for kids, as we raise...