Jeff Zevely sits down with a war hero that fought for the U.S. in three separate wars

Retired Lieutenant Colonel John Seissiger is 93-years old. He served in the Marine Corps for 27 years. 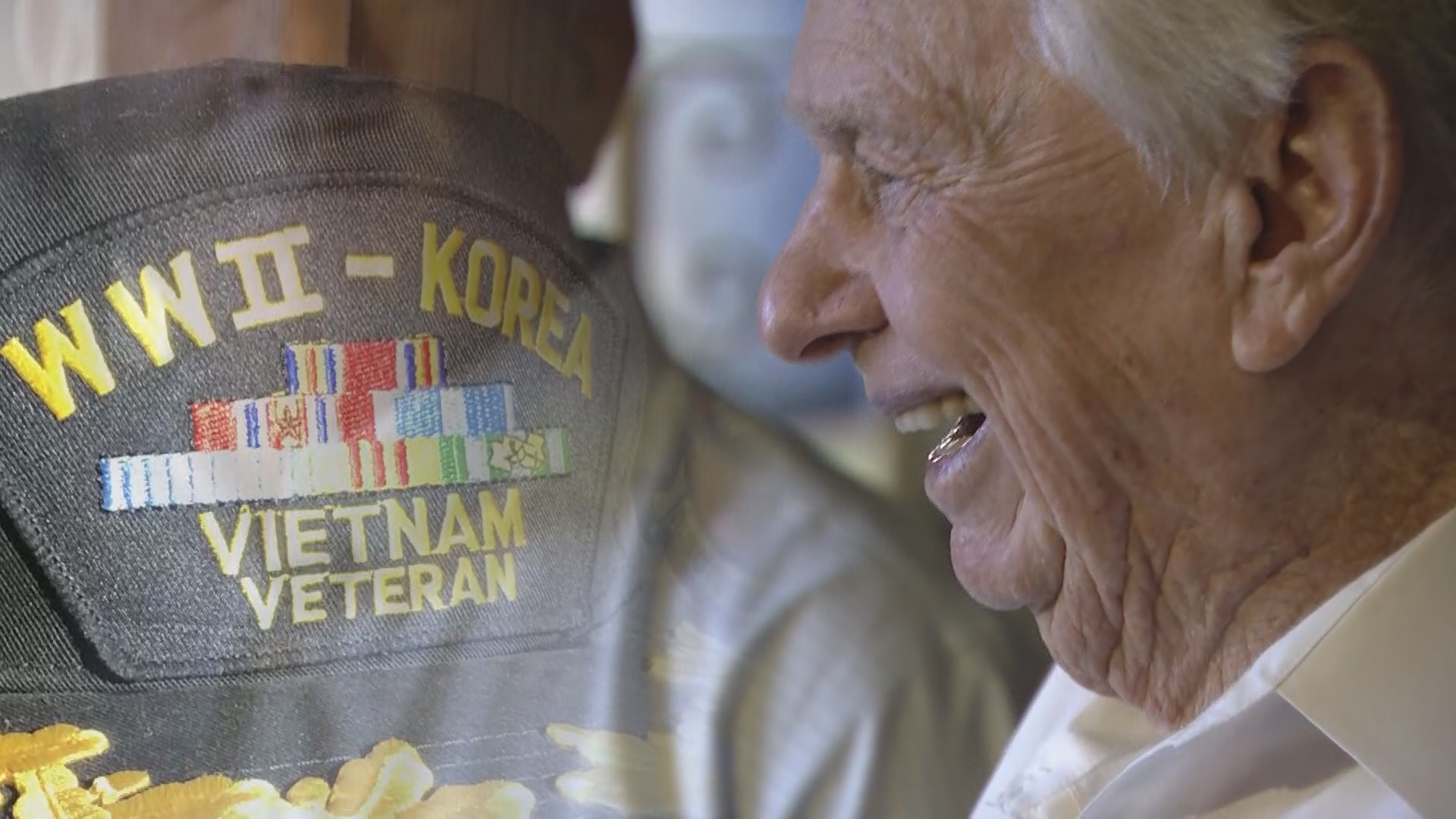 ESCONDIDO, Calif. — If a box filled with military medals doesn’t tell the story, a war memorial baseball cap surely does. If you take the time to read it, you'll see that retired Marine Lieutenant Colonel John Seissiger fought in three different wars; World War II, Korea and Vietnam. "What is war like? It's not much fun," said Seissiger from his Escondido home.

When John was just an 18-year-old private he found himself trying to stay alive in a hole at Iwo Jima. "I can picture that beach right now. Lots of noise, people getting killed, people getting hurt," said Seissiger. After surviving that battle, John returned to the states, met a Navy woman, and made this decision. "Might as well get married," he said with a chuckle.

John and Eleonor were married for 54 years. They didn't have children, but Lee Covell, who joined us for the interview, sure feels like a son. "Very special man. I'm honored to have him as a friend and co-worker," said Covell. Lee and John worked side by side in accounting for twenty years at Covell, Jani, Pasch Certified Public Accountants. Their bond grew even deeper when they took an honor flight together. "Anytime that I hear, or he talks about the war when we went on Honor Flight, I did a lot of crying he shared things with me that came back," said Covell.

I asked John, "I hear that you watched the flag raised not once but twice at Iwo Jima?" He told me, "The flag went up and it went down and then they put it back up and that is the picture they took when they took it the second time." In all of my years reporting, I don't believe I have met a man who fought in World War II, Korea and Vietnam. So I asked him, "Why did you fight in all three wars?" As you might expect a humble hero to respond, he said with a chuckle, "I don't know I didn't have anything better to do I guess."

John may joke, but the memory of fallen friends and lives lost caused him to stare out the window and say, "Yeah, oh god." PTSD is just one of the many reasons Lee makes sure John has a place to be on Veterans Day. "We make sure that John is enjoying his golden years, he deserves it," said Covell.

More than a decade ago, I learned from stories like these as simple as it sounds, a veteran always appreciates hearing these words, "Thank you for your service," I said extending my hand. John shook my hand and said, "You are welcome."

Retired Lieutenant Colonel John Seissiger is 93-years old. He served in the Marine Corps for 27 years. He is cared for by the nice people from Coast Care Partners.

Lee Covell will take John to the Veterans Day Parade in downtown San Diego this year. "A veteran of three wars and a Marine through and through," said Lee with tears welling up in his eyes.

RELATED: Inside the must-see attraction for tractor enthusiasts in Vista