In their second season since their move to Los Angeles, the Chargers have a real shot at the Super Bowl – but local reactions have been mixed. 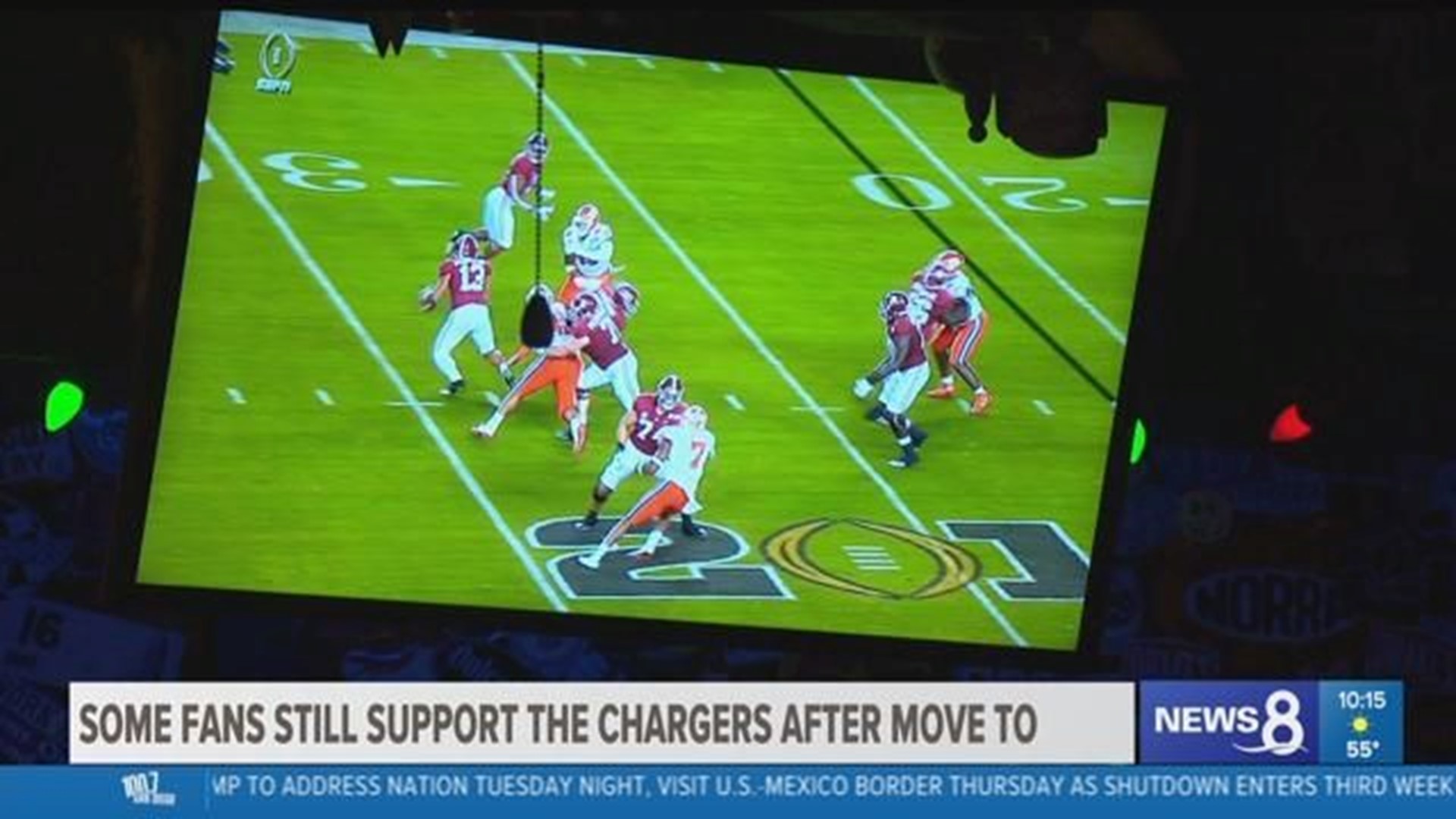 SAN DIEGO (NEWS 8) – In their second season since their move to Los Angeles, the Chargers have a real shot at the Super Bowl – but local reactions have been mixed.

While not everyone has been digging their jersey’s out of the trash just yet, many San Diegans tuned in to watch the Los Angeles Chargers beat the Baltimore Ravens Sunday in a Wild-Card match-up.

Was it hate watching or are fans wanting to jump back on the bandwagon? After all, the joke in NFL circles has been that the Los Angeles Chargers have not played a home game since they moved from San Diego.

Sunday was their first playoff appearance since jumping ship, and the ratings proved San Diegans were watching.

According to Nielson television ratings, during the Chargers Wildcard round victory over the Ravens, 3 out of 5 households in San Diego County tuned in.

In fact, the Chargers had better ratings in San Diego than in Los Angeles.

“The team did not choose to move. I still support the team. I grew up with them for 30 years. I am not going to jump ship now,” said one fan.

But no everyone tuned in. “I am done. I cut them off. I am done,” said Stephanie Castaneda.

Castaneda said after the team packed up, she refused to watch any of their games – not even to root for the other team. “My loyalty was here with them and this town and they did not want to be in my town so I am not going to root for a L.A. team,” she said.

Another theory has been that so-called former fans never really threw their jerseys into the flames of despair. Instead, they just watched and cheered on the bolts from home.

Are you rooting for the Los Angeles Chargers?