Lurking at Lake Miramar: New victim says she too was followed by creepy man

A warning Thursday night about a man who has been spotted lurking and following women at Lake Miramar. 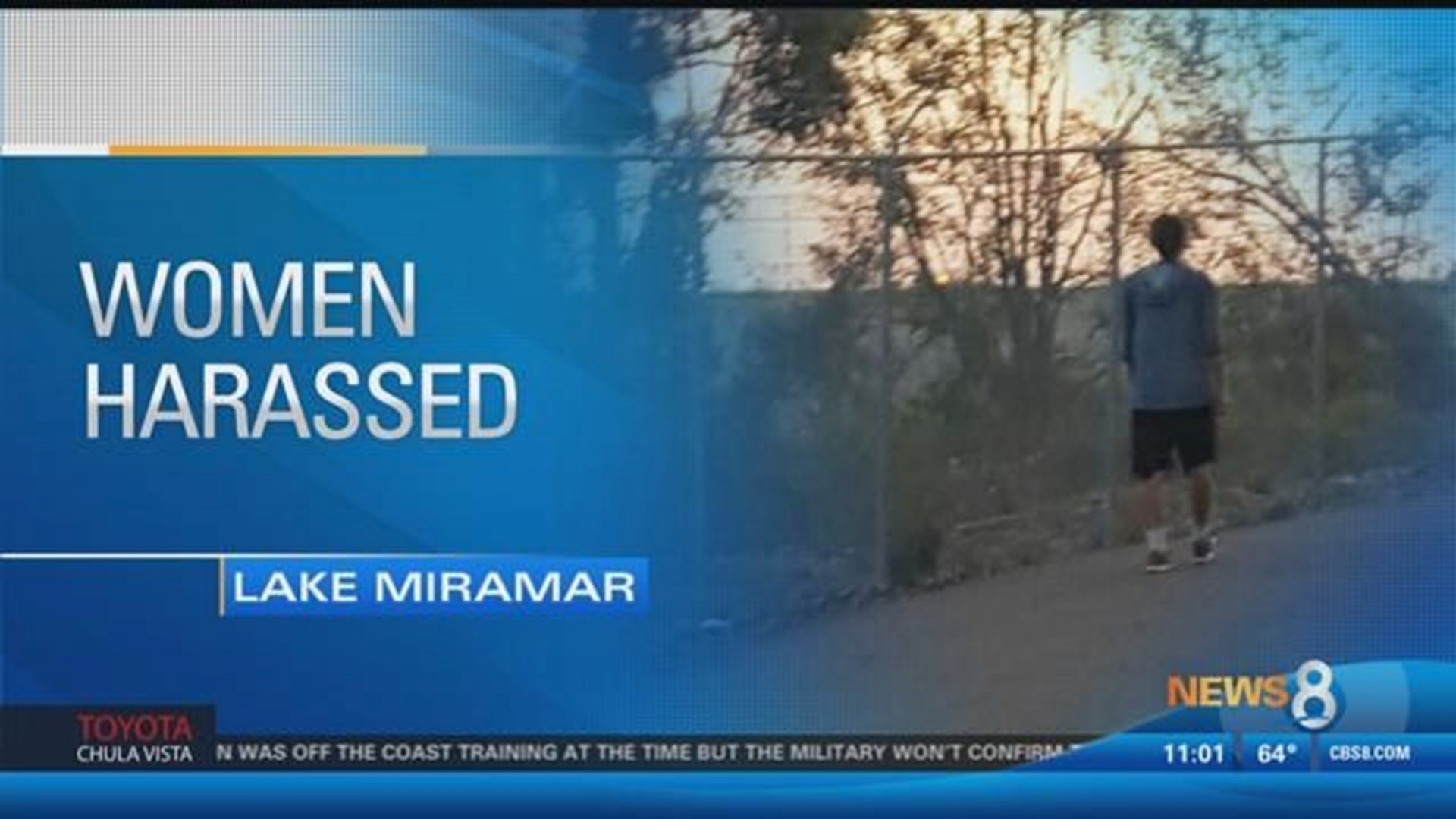 SAN DIEGO (NEWS 8) - A warning Thursday night about a man who has been spotted lurking and following women at Lake Miramar.

Several disturbing encounters have been reported in recent months, and one woman shared her experience with News 8.

Nicole, who chose to use only her first name, was on a run with her dog around Lake Miramar back on July 3 when she was disturbingly followed by a man who trailed her closely for three miles and then all the way back to her car.

She said that right before the man began stalking her, a woman on a bike stopped to warn her that there was a man "being creepy" along the trail.

According to Nicole, the man stared but never spoke - at times approaching within five feet of her.

The Scripps Ranch resident said she felt frightened and intimidated as the man continued to stalk her - even as other walkers and runners passed by.

"He would go up in the bushes, come back down and follow me - followed me for the rest of the run," said Nicole.

At one point, Nicole said she stopped and he kept running forward, giving her the chance to snap a photo of him.

"I was super anxious. I just did not know why this guy was staying on me. I was definitely concerned for physical safety, especially growing up with Chelsea King."

In 2010, 17-year-old Chelsea King was attacked and killed while on a run in Rancho Bernardo - a horrific crime that stuck with Nicole.

The most terrifying part of Nicole's ordeal, she said, was the fact that the man ultimately followed her all the way out of the park and across the street to the Scripps Ranch Library where she had parked her car.

"I immediately just rushed into my car and drove away."

Nicole said that since that terrifying incident, she has not been back to Lake Miramar by herself.

"He is definitely intimidating women, harassing women. I do not know what that is going to lead to next. He's pretty emboldened at this point because nothing has happened to him so far," said Nicole.

San Diego Police said they are aggressively investigating this by increasing patrols in the Lake Miramar area and encouraging anyone who may be a target to come forward.

They also emphasized that anyone who encounters this stalker and feels their physical safety in jeopardy to call 911.

If you think you may have seen this man or know anything about him, you are urged to call CrimeStoppers at 888-580-8477.