Make-A-Wish Moment: A boy's heartfelt wish to visit the doctors who saved his life

A heart patient from Hawaii had a chance to go wherever he wanted with Make-A-Wish, and he chose to come to San Diego to meet the doctors who saved his life. 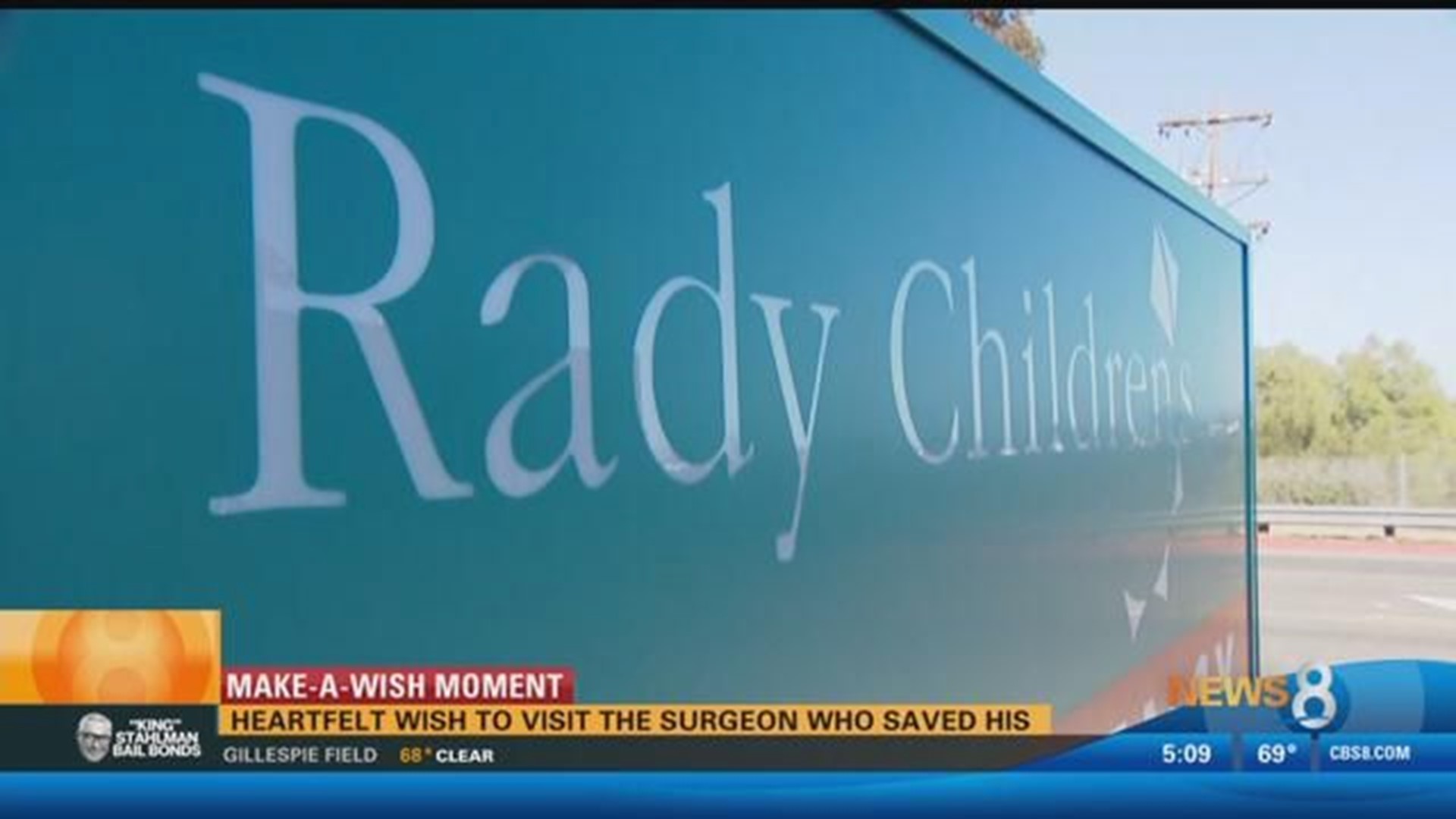 SAN DIEGO (NEWS 8) – A heart patient from Hawaii had a chance to go wherever he wanted with Make-A-Wish, and he chose to come to San Diego to meet the doctors who saved his life.

“[I am] really happy that he chose us,” said Dr. John Lamberti, a pediatric cardiovascular surgeon at Rady Children's Hospital in San Diego.

It was a big decision for Collin when the Make-A-Wish Foundation asked him what his wish would be.

A trip to anywhere? An encounter with a celebrity?

Nope. Above it all, Collin chose to come back to Rady Children's Hospital.

“Parents are always thankful, but sometimes the children are not, and he is very, very thankful,” said Betty Hill, an international patient coordinator.

Before Collin was born, his mother had testing done in Hawaii that showed he had a very complex congenital heart defect.

“There was a big hole in his heart. The blood vessels were reversed. The artery to his body was too small, so this is about the most complicated defect that you can have,” said Dr. Lamberti.

Collin kept a scrap book of all the hospital memories.

“We can point to pictures of Collin and say this kid was as sick as he could be and years later, he is in the fifth grade,” said Dr. Lamberti.

All of Collin’s family traveled to San Diego from Hawaii.

Collin's mother Paula said, “We were saying and whispering how about Disneyland? How about Japan? [He] ends up saying, ‘No, I like San Diego.’

Beating so many odds, Collin chose a wish unlike any other.

"That's his wish and of course we want to make his wish, and not our wish, but it is very heartwarming that he wants to come back here,” said Paula.

The wish was not only a reunion at Rady’s, but also a celebration of Collin’s soon-to-be birthday - he will turn 12-years-old on Thursday.