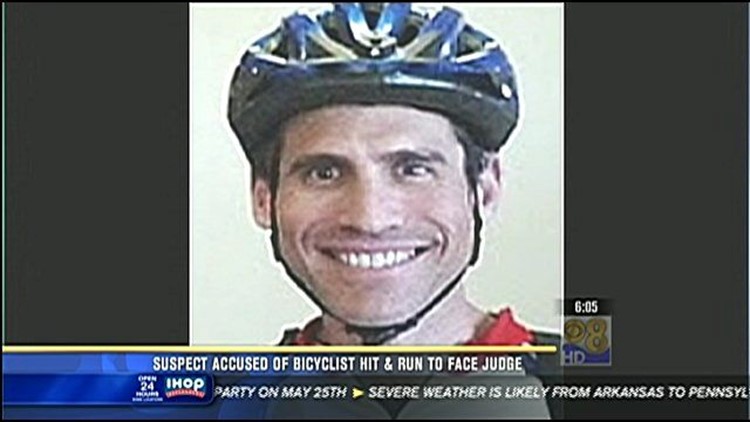 Arraignment is scheduled Wednesday for a man facing charges in connection with a hit-and-run crash that killed a bicyclist taking a late-night ride with several friends near Leucadia State Beach in
Author:
Published: 5:03 AM PDT April 27, 2011
Updated: 12:50 PM PDT April 27, 2011

VISTA (CNS) - A motorist accused of hitting a bicyclist near Leucadia State Beach in Encinitas, then leaving the scene, pleaded not guilty Wednesday to a charge of hit-and-run causing death.

Joseph Ricardo Fernandez, 46, was ordered held on $100,000 bail in connection with the April 10 death of 47-year-old James Swarzman of Encino.

Swarzman was riding with friends when he was struck from behind about 1 a.m. in the 1200 block of North Coast Highway 101, said sheriff's Sgt. Mark O'Connor.

Fernandez, of Carlsbad, came forward the next day to report that he believed he might have been involved in the accident, O'Connor said.

Detectives inspected his Dodge Ram 1500, which matched descriptions -- including front-end damage -- of the northbound vehicle that struck Swarzman, and he was arrested, but no charges were filed and Fernandez was released from custody pending further investigation. He was re-arrested Monday.

Fernandez faces up to four years in prison if convicted. He will be back in court May 5 for a readiness conference and May 10 for a preliminary hearing.