Arraignment is scheduled today for a house painter accused of shooting and wounding CBS News 8 sportscaster Kyle Kraska in front of his Scripps Ranch home, leaving him seriously wounded. 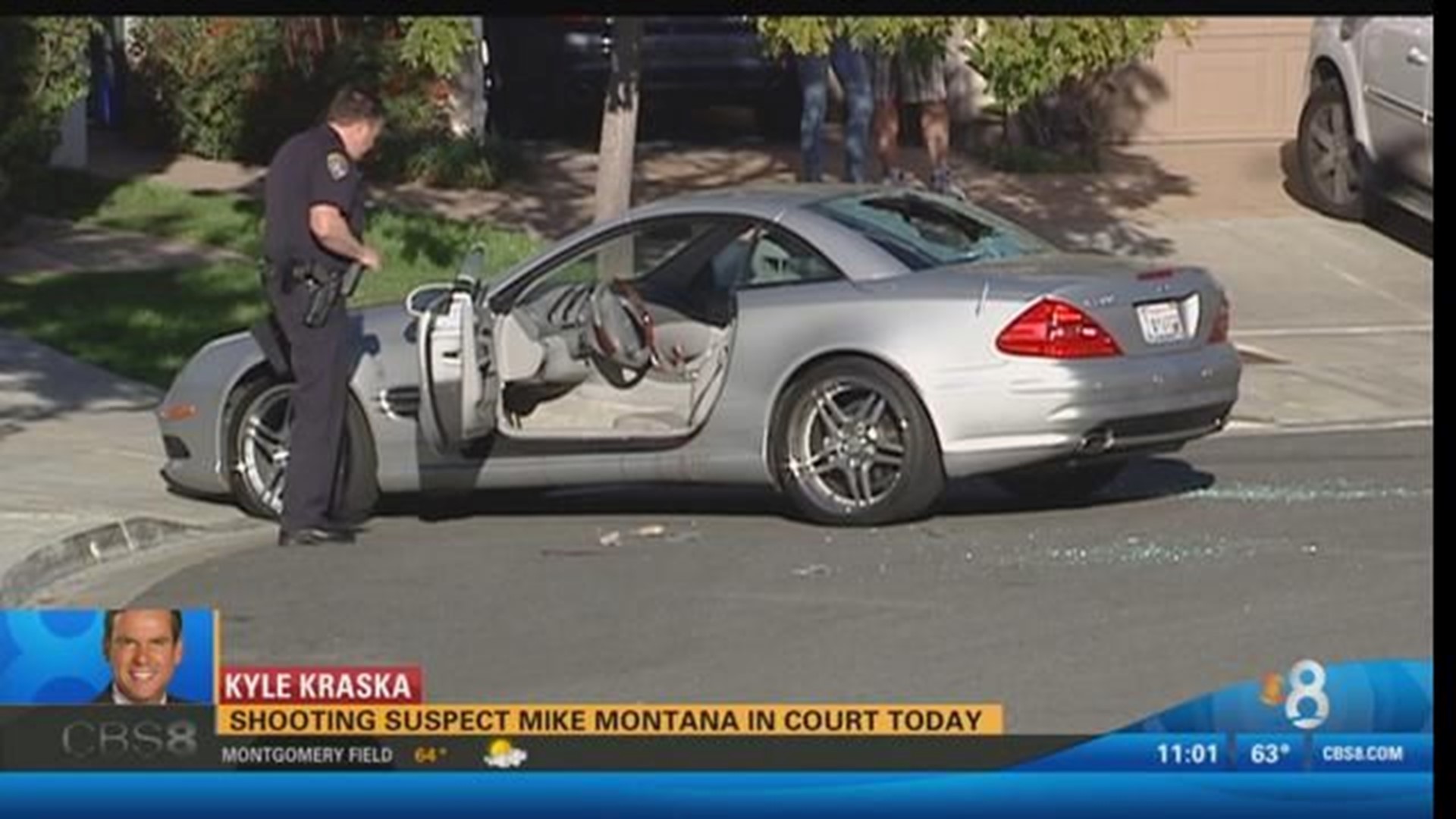 During Tuesday's arraignment, a prosecutor said Montana intended to kill Kraska, but did not say what kind of gun was used. The prosecutor also said Kraska was shot six times, once in the torso.

"It appears the defendant tried to execute the victim, and I think his bail should reflect what he intended to do and almost did do," prosecutor Rebecca Zipp told a judge.

It's been one week since Montana, 54, surrendered to officers outside his El Cajon home hours after the shooting. According to court records, Montana was out on bail when the shooting occurred. Records show that he was arrested twice in October and November for DUIs involving drugs.


Court records also show he's been involved with several civil lawsuits, owes nearly $2,000 in back taxes and was served with papers last year, accused of owing more than $5,000 in delinquent rent.


He also has a history of threatening behavior. During Tuesday's arraignment, Montana was also charged with making a criminal threat in a separate case involving a DMV employee last year, allegedly telling her he was going to get a firearm out of his vehicle following a confrontation.


Kraska met Montana while he was doing paint work for some of his Scripps Ranch neighbors and hired him to paint the outside of his house. However, Kraska wasn't satisfied with Montana's work, so he paid him for what he had done and the two agreed to part ways.


"He didn't owe the guy any money. They had completed their transaction and the guy came back and started demanding more money from Kyle," said Kraska's co-worker and friend Todd Villalobos.


Meanwhile, Kraska's condition has improved significantly and we're told he's made great progress. He has also been communicating with doctors and loved ones. His East Coast family is by his side at the hospital, grateful for all the support and well-wishes they've received from the community.