A man was behind bars Sunday for allegedly breaking into homes in Mira Mesa. 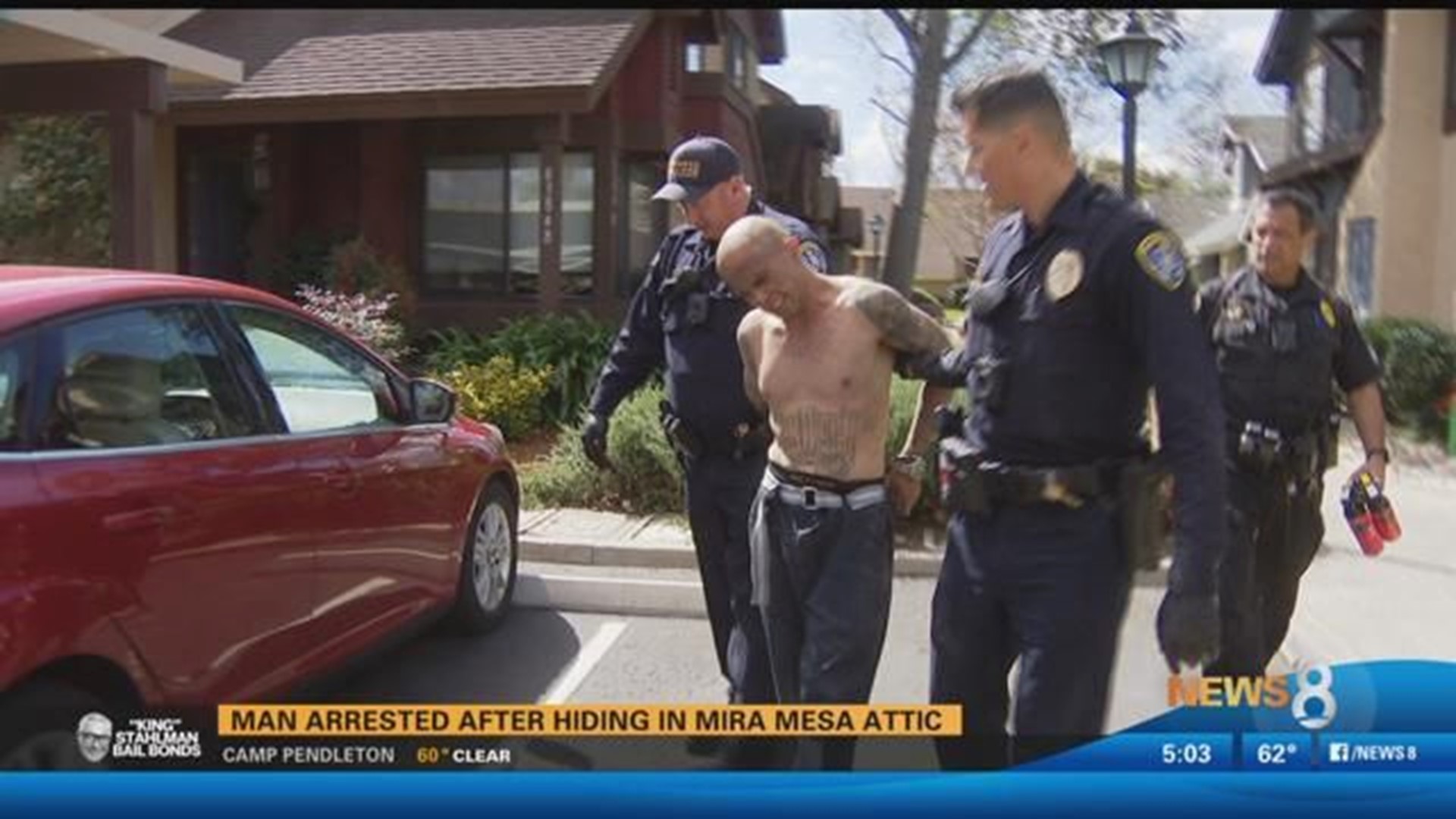 SAN DIEGO (NEWS 8) - A man was behind bars Sunday for allegedly breaking into homes in Mira Mesa.

Residents in the area say they've been on the lookout for a man who's been breaking into homes and stealing things.

Mira Mesa resident Becky Butryn  who lives in the 10,000 block of Avenida Del Gato had just gotten home from shopping when she saw police officers scouring her street for any sign of the suspect.

She heard announcements from the helicopter overhead, warning residents to be on alert. Butryn said she decided to check her backyard as a precaution and discovered the suspect in her shed. She said when she saw the man, she screamed and called police.

"Unfortunately when I opened it, he was there," Butryn said. "He said, 'please don't, please don't.' "

The suspect took off into the neighborhood. Officers were called in to assist in the search, including a police helicopter.

Police say they found the suspect hiding in an attic at a condo complex a few blocks away.

Officers were able to talk the man into surrendering and he was taken into custody.

No one was hurt.