A man cleaning his gun, accidently fires a wild shot in Ocean Beach and hits a passing car. 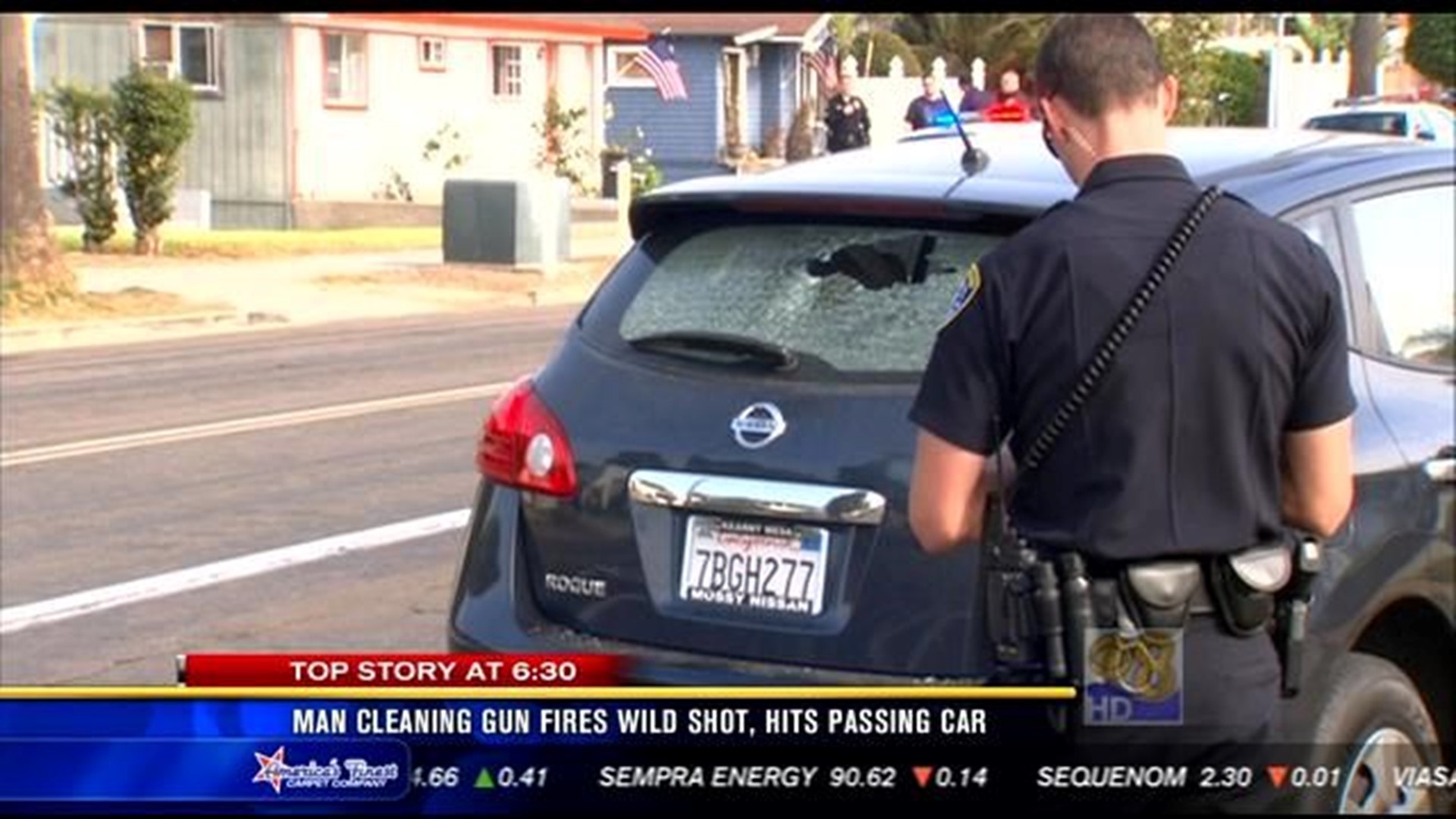 Wednesday afternoon, the lone bullet traveled from within an apartment, 100 feet to the 4800 block of West Point Loma Boulevard, piercing the rear window of a passing car and lodging in the car's back seat.

Witnesses say that the man, who fired his new semi-automatic handgun as he was cleaning it, initially tried to talk them out of calling police and while authorities say this was an accident, they have taken the gun away from him - at least for the time being.

"One more second and it could have been me," said eyewitness Marilyn.

Marilyn was driving directly behind the car as it was hit by the round.

"It was like disbelief. You almost didn't know what just happened. It was just a loud pop," she said.

What did happen, according to San Diego Police, is the man, who just days earlier purchased a semi-automatic handgun, had returned from target practice Wednesday afternoon and attempted to clean it in his living room.

"When he was reloading his gun, he accidentally fired off a round out his window, hit these people's car in the rear window," said Sgt. Dale Flamand with the San Diego Police Department.

"He doesn't seem to be a threat and seems apologetic," continued Flamand.

And while police are characterizing the shooting as a pure accident, Marilyn sees it as pure luck that no one was injured or killed.

"It is concerning. You can just be sitting in traffic and you now could be a victim," Marilyn noted.

While police say this was an accident, it will be up to the district attorney's office whether any charges will be filed.

In the meantime, authorities have confiscated the handgun as evidence. It will be up to the police and the DA's office to decide whether the weapon will be returned.

According to San Diego Police, the gun owner legally purchased the semi-automatic weapon on October 6, taking possession of it on October 16, after the mandatory 10 day waiting period.