A man pulled from the water near Ocean Beach by lifeguards after he went in to retrieve his dogs has died, according to the San Diego Fire Rescue-Department. 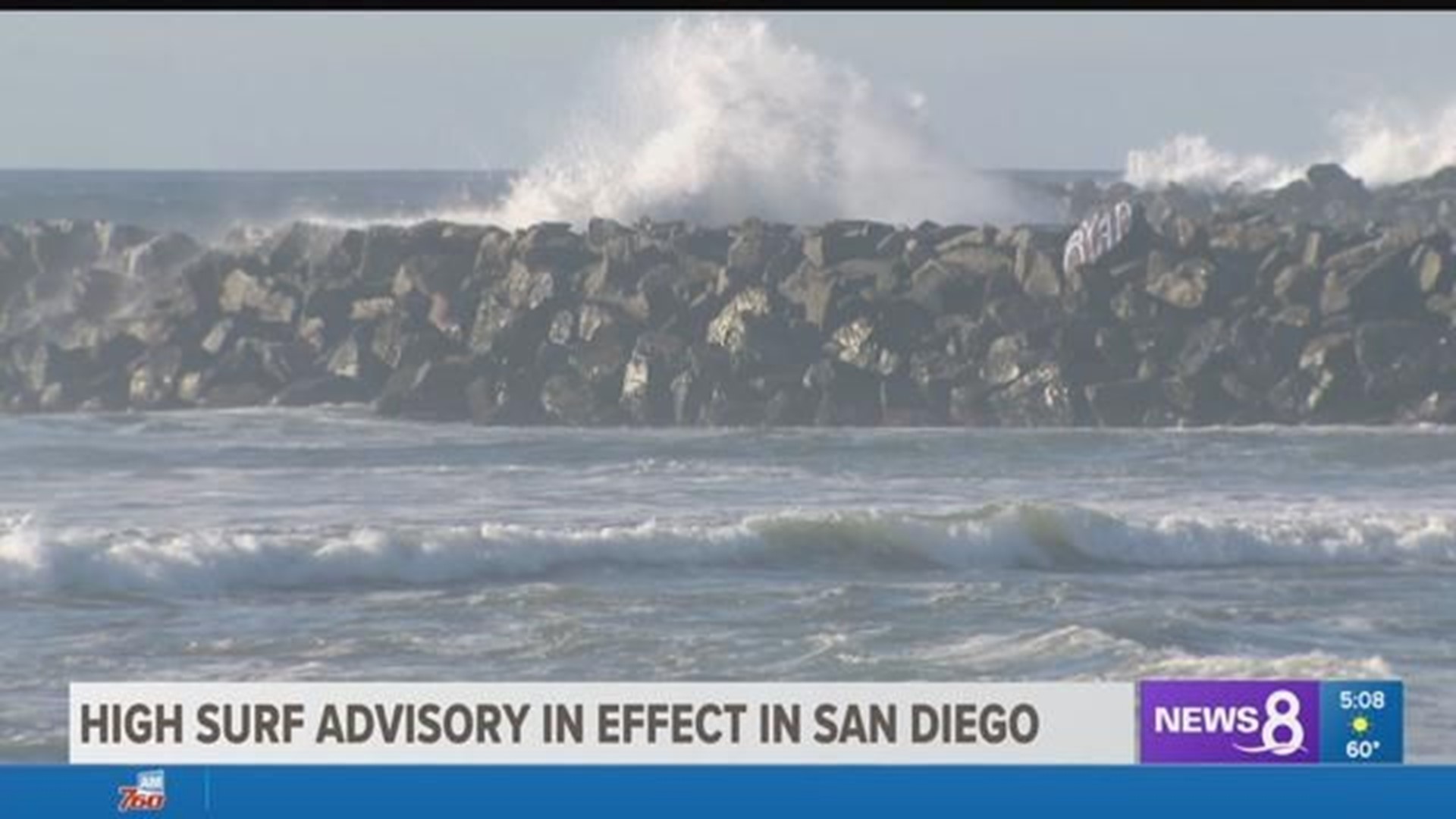 SAN DIEGO (CNS) - A man pulled from the water near Ocean Beach by lifeguards after he went in to retrieve his dogs has died, according to the San Diego Fire Rescue-Department.

The man entered the water around 2 p.m. Wednesday and saved the dogs, but was then carried back into the water by another wave and slammed into nearby rocks, according to the San Diego County Medical Examiner's Office.

He was found face-down and unresponsive in the water and paramedics performed CPR on him for around 10 minutes while transporting him to UCSD Medical Center, the San Diego County Medical Examiner's Office said.

The man, later identified as Gregg Owens, was admitted to the hospital's intensive care unit, where he was later pronounced dead, the Medical Examiner's Office said Thursday.

Meanwhile, heavy surf and dangerous conditions for surfers, swimmers and boaters were expected to prevail Thursday at San Diego-area beaches amid a high-surf advisory. The National Weather Service issued the advisory as well as a small craft advisory, with both set to expire at 10 p.m. Thursday.

Waves ranging from 6 to 12 feet are possible in some areas, with the highest sets anticipated south of Del Mar, forecasters said.

Forecasters warned that entrances to harbors -- particularly Mission Bay -- will be difficult to navigate due to breakers large enough to capsize boats. Among the dangers posed by the rough seas are strong rip currents, minor coastal flooding and coastal erosion, according to the NWS.

Lifeguards announced Wednesday morning that the Ocean Beach Pier will be closed for the duration of the high surf advisory.

The surf was expected to peak late Thursday morning, then slowly subside through evening, forecasters said.