Man flies out of DFW twice in a year, has catalytic converter stolen both times

One Rowlett man can't believe his luck after his truck's catalytic converter was snatched by thieves the last two times he's flown out of DFW International Airport. 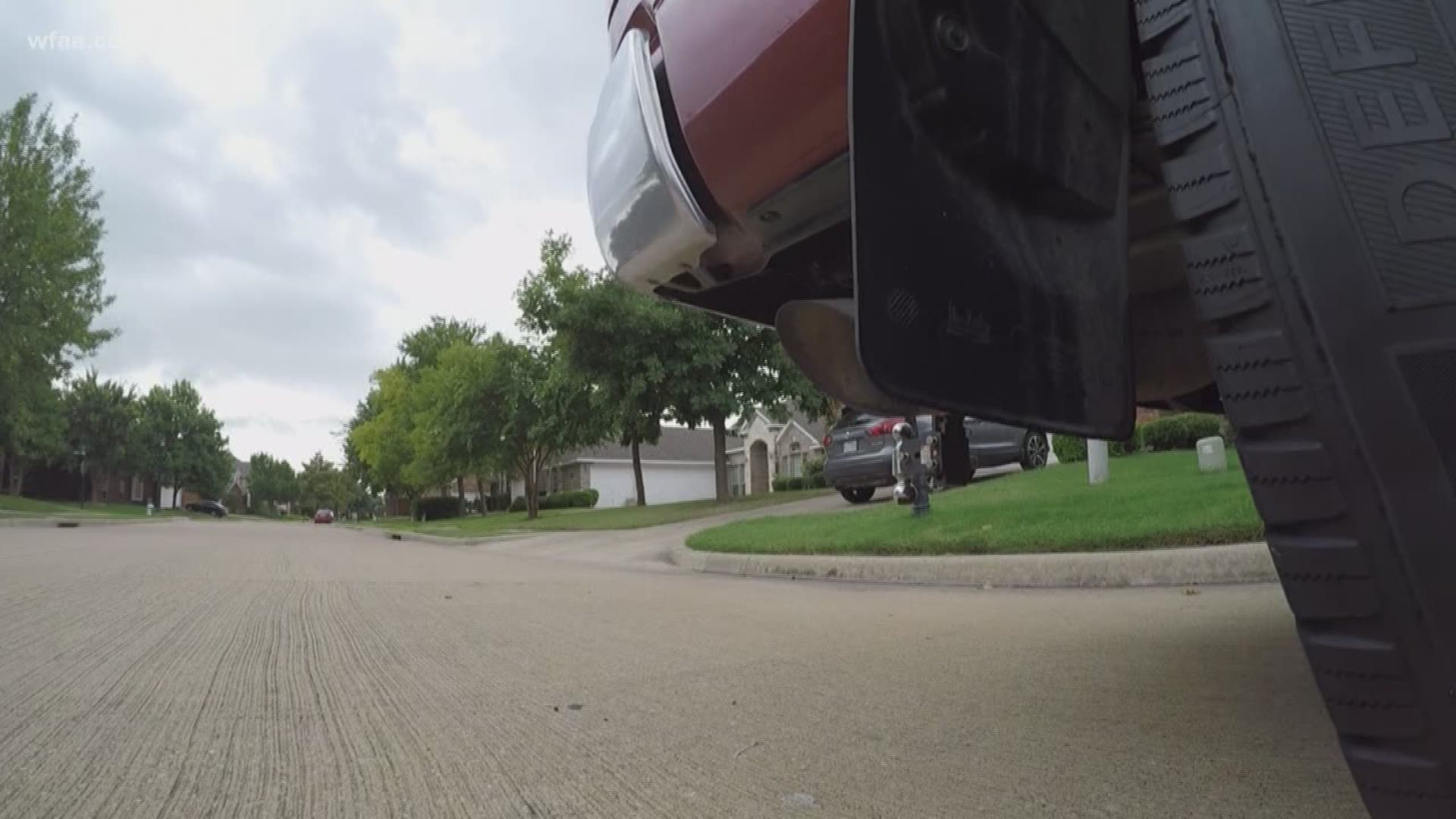 ROWLETT, Texas — One Rowlett man can’t believe his luck after his truck’s catalytic converter was snatched by thieves the last two times he’s flown out of DFW International Airport.

Since 1975, catalytic converters have been installed on cars to help reduce emissions. It’s also become a hot item for thieves due to the pricey metals it contains, like platinum and palladium.

According to the National Crime Insurance Bureau, 25,394 catalytic converter thefts have occurred from 2008 to 2015. On the black market, they can be sold for as much as $640, according to the NCIB.

Mike Abbott knows exactly where the catalytic converter is on his Dodge truck—because it’s been stolen the last two times he’s taken to the skies out of DFW Airport. “You just find yourself wondering, ‘What kind of luck am I having here?’” Abbott said with a laugh.

The first time, Abbott paid to park his car at a hotel near the airport. “You save a couple of bucks, and you take a shuttle over to the airport,” Abbott said. Yet, when Abbott got back—he noticed a strange noise coming from underneath his truck. When he got out, he realized that his converter was missing.

Over the weekend, Abbott flew out of DFW a year later. This time, he parked at Terminal E to be safe. He says he learned his lesson the first time. “I figured I would park in the airport this time, and then I came out and the same thing happened again.”

For the second time in a year, Abbott’s catalytic converter was taken. And they’re not cheap to replace either, Abbott said both times he’s had to stare at a $3,000 bill. “It can become an expensive weekend,” he said.

Airport officials told WFAA that catalytic converter thefts do happen on site but added that very few have been reported in the recent months. Abbott said he struggles with that. “You just couldn’t have that kind of luck twice in a year,” he said. For Abbott, he just wants people to know that their car might be next—wherever it may be.

He also adds that he’ll probably just have someone drop him off the next time he flies. “I think I’m just going to find somebody to give me a ride to the airport or take the shuttle bus,” he said with a smile.