A man accused of sexually assaulting two women on consecutive days in San Diego in August 2016 has been found guilty on almost all charges. 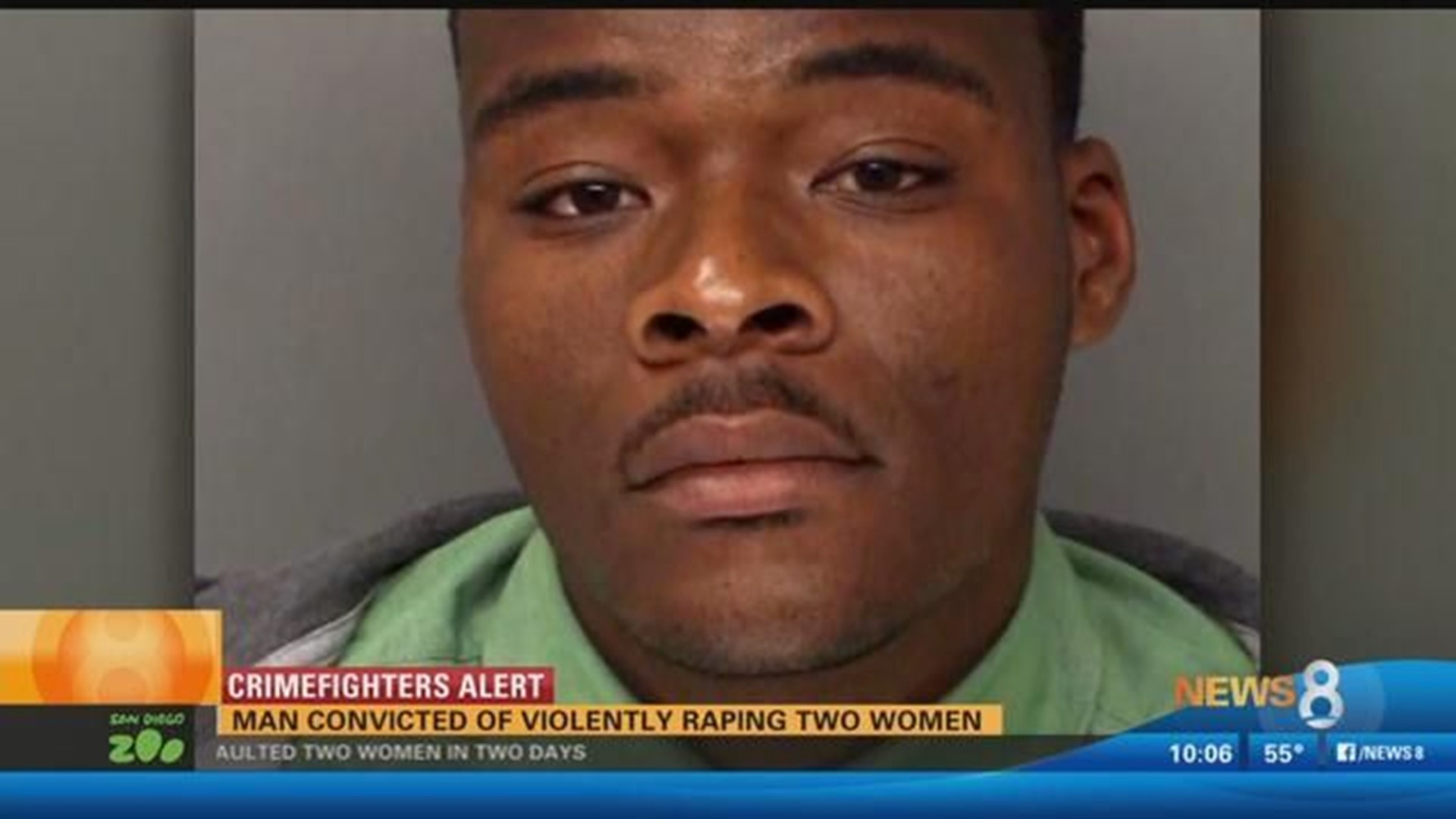 SAN DIEGO (NEWS 8/CNS) - A man was convicted Tuesday of beating, choking and raping two women in different parts of San Diego on consecutive days in 2016.

The conclusion of 26-year-old Jeremiah Williams' trial Tuesday was emotional for many.

Hummel said the details of the case were sometimes difficult to hear and see.

"Just the photographs of someone who could be my daughter, your wife, your girlfriend, whatever - it's just the brutality of people in general is what really scares me," said Hummel.

Deputy District Attorney Trisha Amador told jurors in her closing argument that Williams followed the first victim from a parking structure to her University City apartment about 10 p.m. on Aug. 13, 2016.

He robbed her and forced his way into her home at gun point.

Williams then raped the woman.

The following day, Williams attacked another woman at a Motel 6 in Grantville after he agreed to pay for sex ahead of time.

Both women testified during the trial.

"A victim going through a sexual assault is one thing, but also coming to court and telling that story again to strangers is, of course, exceptionally difficult," said Deputy DA Trisha Amador.

Hummel says the testimony was crucial.

"If you don't if have direct testimony, if you don't have photographs, basically, you know, there's always that question," he said.

Throughout the trial, the defense alleged that detectives jumped to conclusions to connect and solve the two cases.

Jurors deliberated one day before finding Williams guilty of forcible rape, sexual penetration by force, forcible oral copulation, burglary and making a criminal threat. The jury also found that Williams used a handgun to threaten his victims in both attacks.

"When you go into something like this, you realize, no matter how overwhelming the evidence, you have someone's life in your hand basically, and you wanna make damn sure you get it right," said Hummel.

Williams faces more than 100 years to life in prison when he is sentenced May 30.