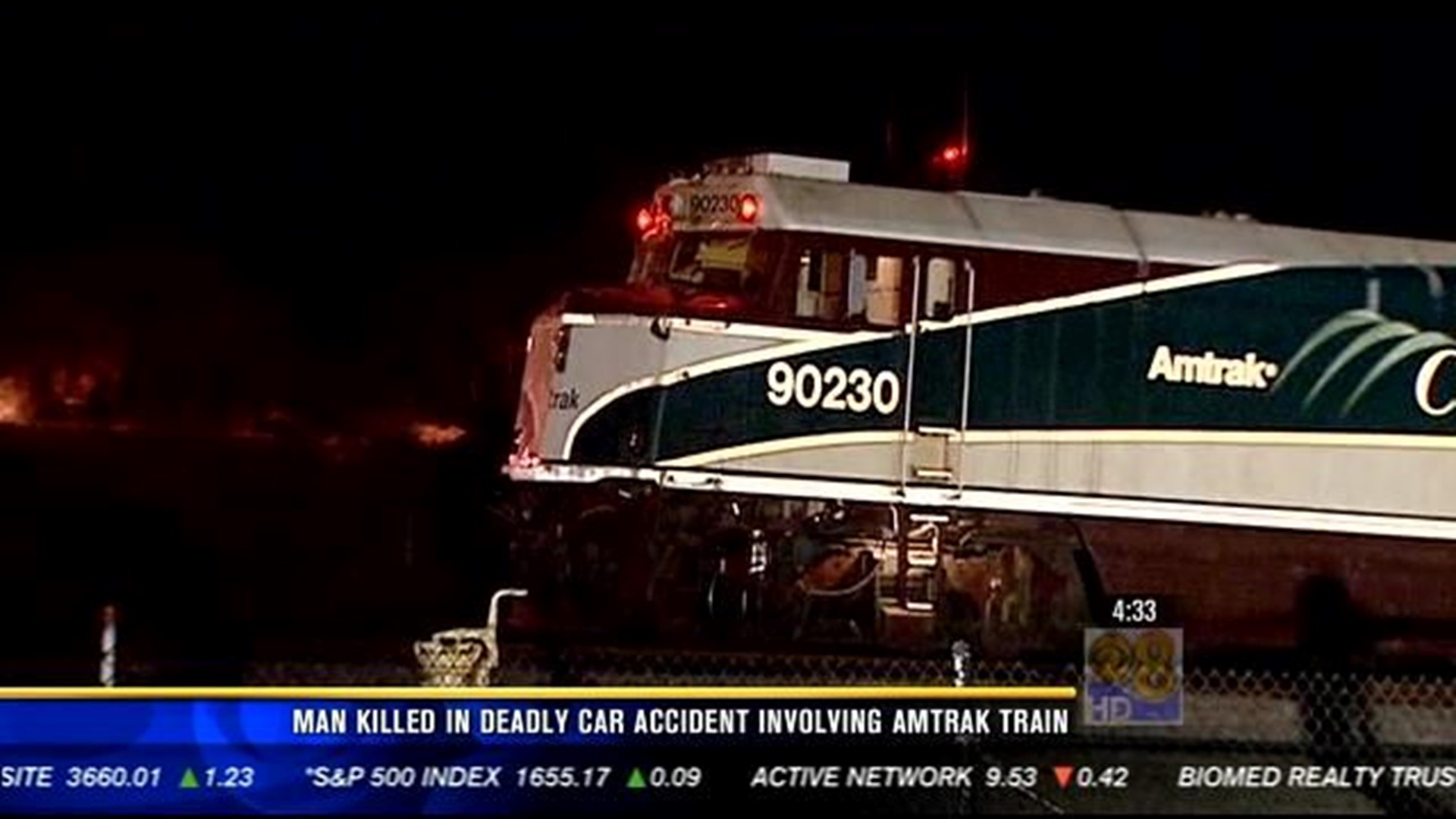 CAMP PENDLETON (CNS) - A man driving a sedan was killed when his speeding car veered off the right hand shoulder while southbound on the Santa Ana (5) Freeway south of the San Onofre Nuclear Power Plant in north San Diego County and fell onto railroad tracks where it was hit by a train, a California Highway Patrol officer said.

The accident began to unfold after 9 p.m., when the 1997 Honda sedan was southbound on the San Diego Freeway south of Cristianitos Road, "at a high rate of speed in and out of traffic," CHP Officer Jim Bettencourt said.

The driver tried to merge left from the far right lane into the next lane at the same time as another vehicle and veered to the right off the shoulder, Bettencourt said.

He was "launched off the freeway and literally 10 seconds later a train comes and hits the car head-on, cutting the car in half," he said. The driver was ejected and died at the scene," Bettencourt said.

The front of the car stayed with the train, which may have been traveling at 65 to 70 mph and stopped about a mile from the crash site, Bettencourt said. The rest remained at the crash site.

"Train 1790, the Pacific Surfliner from San Luis Obispo to San Diego, struck a vehicle at about 9:13 p.m.," Amtrak spokeswoman Christina Leeds said. "There were no reported injuries to passengers or crew members."

There were 285 passengers aboard the Amtrak train, Bettencourt said.

The train remained at the crash scene for the investigation, and passengers and crew members remained on board, Leeds said. Another train was going to pull up alongside 1790 to pick up passengers and make the remaining stops. Passengers set to leave San Diego aboard Train 595 would be given alternate transportation, she said.

The car was registered to a 24-year-old man with "several cities of residence," Bettencourt said, including Squaw Valley and Costa Mesa.

"You hear the saying, `Speed kills,' well, this is the type of thing that can happen," Bettencourt said.