A man trimming a tree in La Mesa early Tuesday was fatally injured when the tree fell on him, police said. 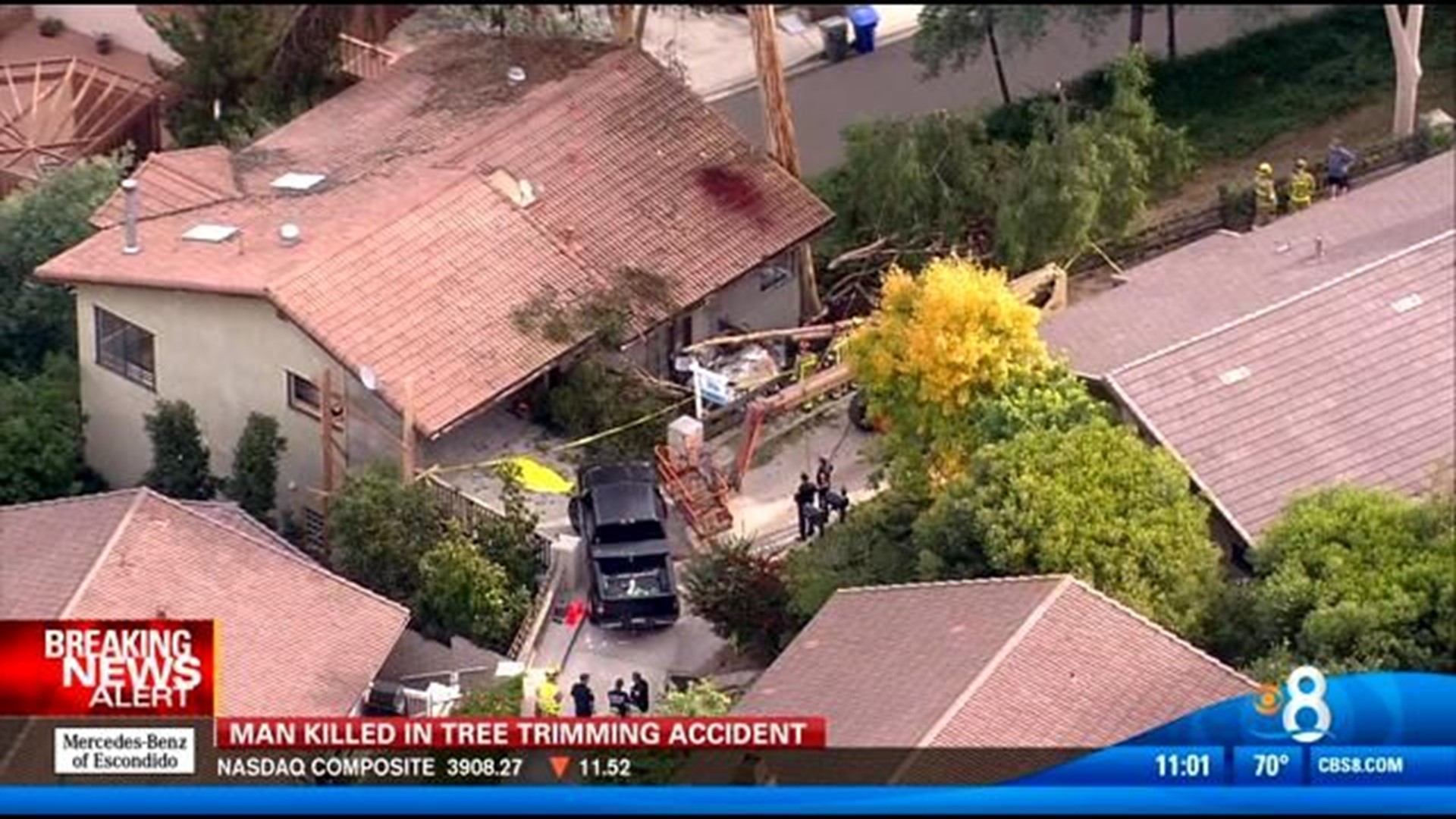 LA MESA (CNS/CBS 8) - A man trimming a tree in front of an East County home suffered fatal injuries Tuesday when a branch fell and hit him on the head.

The victim was with a fellow worker on a so-called "cherry picker" elevated platform in the 4400 block of Date Avenue in La Mesa with another worker when the large piece of timber struck him about 8 a.m., according to police.

The mortally injured man, identified as 41-year-old Joshua Pudsley, died at the scene.

The fatality will be investigated by the state Division of Occupational Safety and Health, or Cal/OSHA, as is routine in cases of serious industrial or workplace accidents.