Two men were shot, one fatally, during a late night altercation with two other men at the Horton Plaza shopping mall downtown, according to San Diego police homicide detectives. 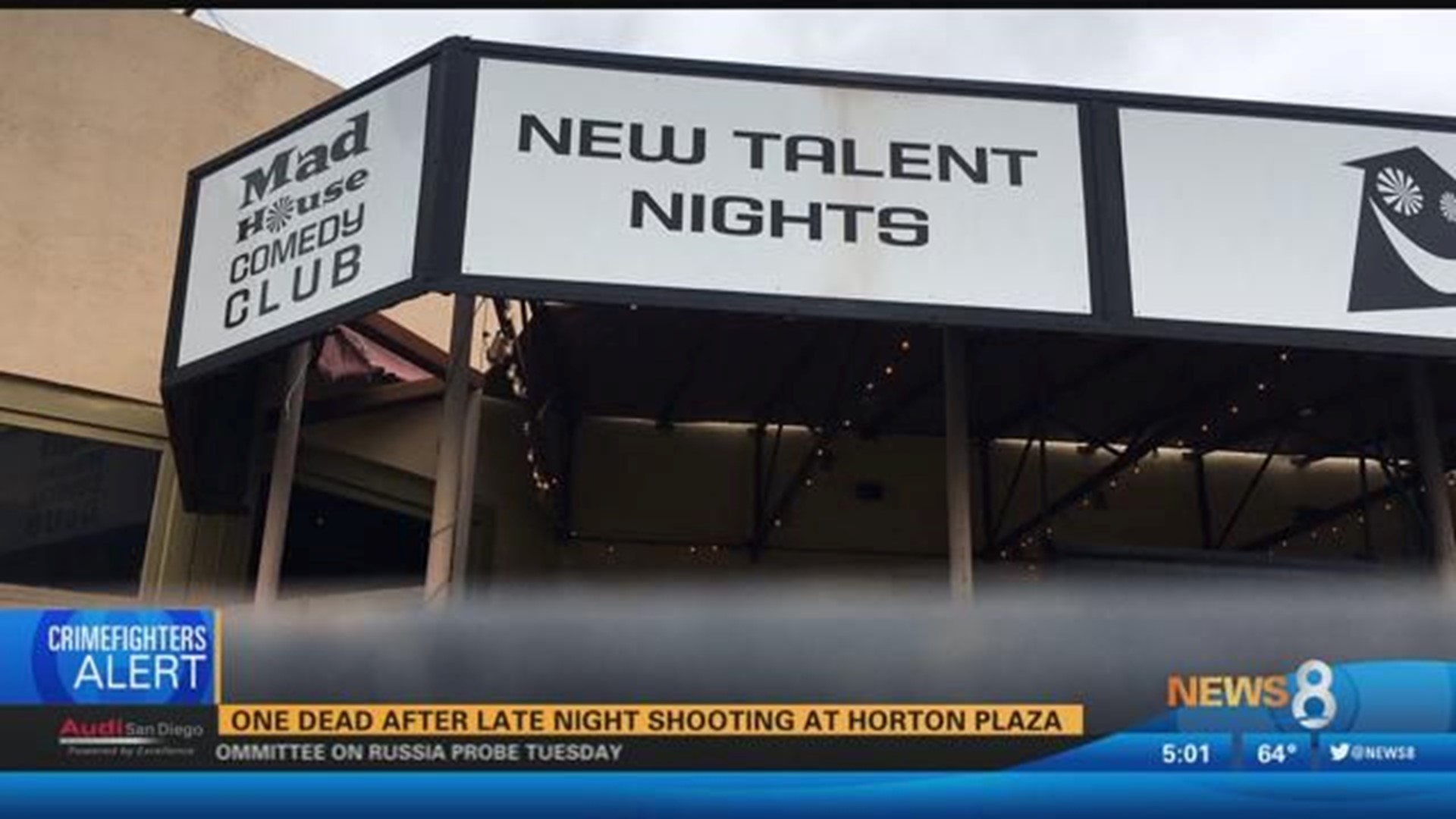 Officers were dispatched at 11:46 p.m. Saturday to the top floor of the mall where they found two men had been shot, according to Lt. Mike Holden.

James Celani of San Diego was a career military aviator assigned to headquarters staff at Naval Special Warfare Command in Coronado; he was pronounced dead at UCSD Medical Center from bullet wounds to his chest.

Celani's cousin, a 29-year-old Riverside resident, was treated for a minor gunshot wound to one of his legs. His name was withheld.

Incident at the Mad House tonight. All our staff and performers are OK. More info to come.

A show was getting ready to wrap up at at the club when the shots were fired.

A witness told News 8 she heard what sounded like someone dropping a glass on the floor.

Then people started screaming to get down.

She says customers ducked under tables as others rushed to lock the door.

They eventually ran out through an emergency exit.

The two suspects ran north through Horton Plaza and got away.

The motive for the shooting was unclear.

"Detectives believe this was an unprovoked attack," Holden said.

Westfield Horton Plaza issued a statement expressing its condolences and said that it is working closely with police.

Police are still looking into what prompted the confrontation that ended with the shooting.