Authorities Saturday investigated the in-custody death of a naked man who was running in and out of traffic in the Little Italy section of San Diego. 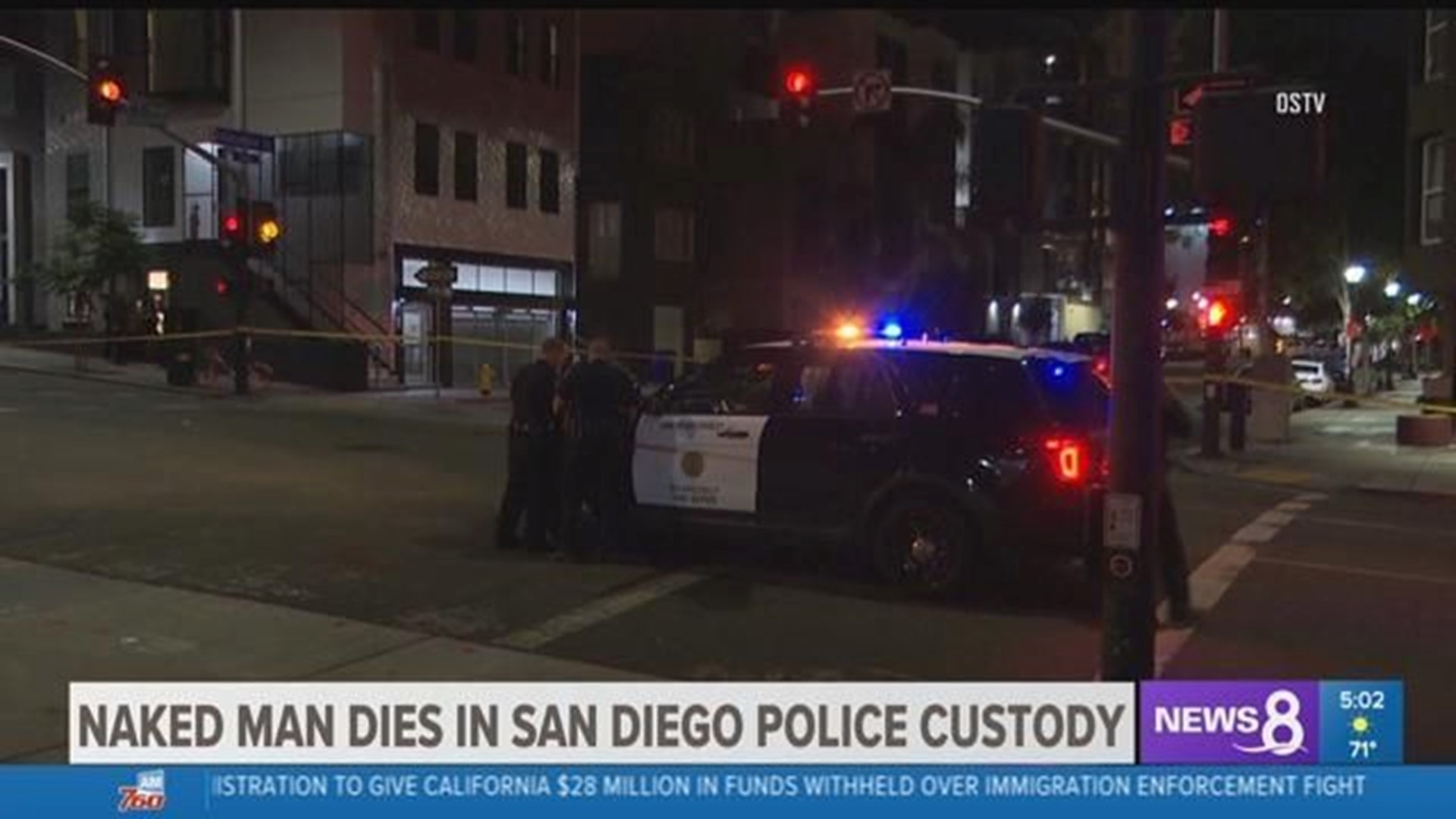 SAN DIEGO (CNS) - Authorities Saturday investigated the in-custody death of a naked man who was running in and out of traffic in the Little Italy section of San Diego.

Officers responded at 11 p.m. Friday to calls of a naked man who appeared to be under the influence of alcohol or drugs running in the street and yelling for help in the 600 block of West Grape Street, according to Lt. Matt Dobbs of the San Diego Police Department.

Witnesses told investigators the first officer on scene was able to place the man in handcuffs, but as the officer attempted to escort him out of the street, the man began struggling with the officer, who was able to take him to the ground, but was having trouble controlling him, Dobbs said.

The man went into medical distress and officers provided medical aid until paramedics arrived and took over, he said.

The man was transported to a hospital, where he was pronounced dead just before midnight, Dobbs said.

The man's identity was not disclosed. No officers or civilians involved in the incident sustained significant injuries.