Police fatally shot a seemingly irrational man who allegedly failed to comply with their commands at an El Cajon strip mall Tuesday afternoon, prompting bitter demonstrations over what some took to be 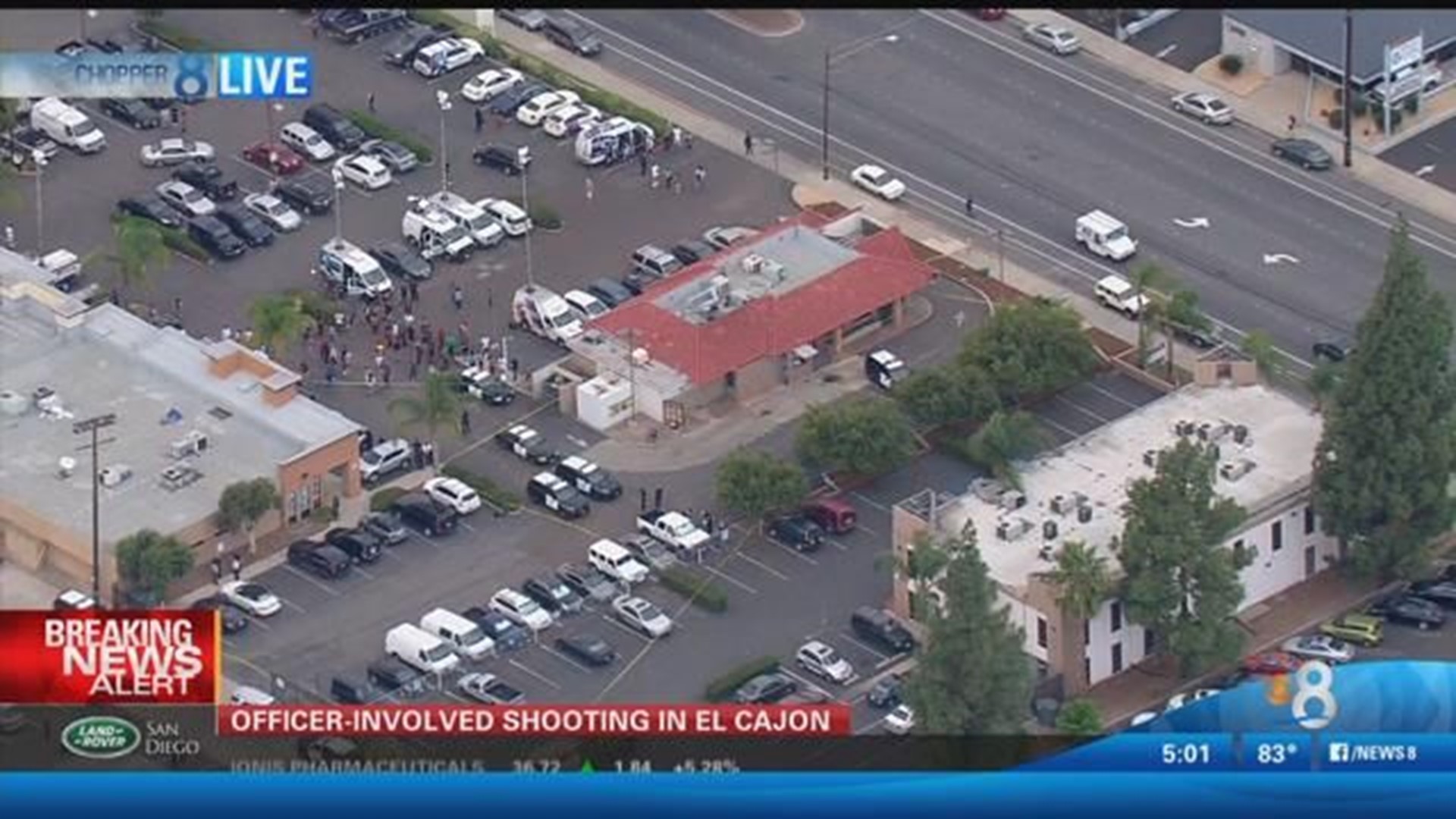 EL CAJON (CNS) - Police fatally shot a seemingly irrational man who allegedly failed to comply with their commands at an El Cajon strip mall Tuesday afternoon, prompting bitter demonstrations over what some took to be a racially motivated shooting.

Patrol officers were responding to a report of a pedestrian behaving erratically and walking in traffic in the 800 block of Broadway about 2:30 p.m. when they came into contact with the man behind a restaurant on that street, according to El Cajon police.

The man refused multiple instructions by the first officer on scene to remove his concealed hand from in his pocket, according to Capt. Frank LaHaye.

Because the subject did not comply, the officer drew his firearm and pointed it at the subject while continuing to give him instructions to remove his hand from his pocket, LaHaye said.

The second responding officer arrived on scene and immediately prepared to deploy a Taser while the other officer covered, LaHaye said.

The man paced back and forth while officers tried to talk to him and at one point, rapidly drew an object from his front pants pocket, placed both hands together and extended them rapidly toward the officer taking up what appeared to be a shooting stance, LaHaye said.

Chief Jeff Davis did not disclose what the object was, but said no firearm was recovered.

One officer fired at the man and another officer deployed a Taser, but it was unclear if it hit its target.

Officers provided first aid on scene until medics arrived and took the man to an area hospital for treatment where he later died, according to LaHaye.

The officers, each with more than 20 years of service, will be placed on administrative leave for at least three days, as per protocol, Davis said.

Several witnesses alleged that the officers were unduly quick to open fire and suggested that their actions had been influenced by the fact that they were dealing with a black man, one they described as mentally challenged.

One man angrily told reporters at the news conference that the victim was suffering a seizure prior to the shooting, and another described seeing him with his hands raised at the moment the shots sounded.

Davis said the man did not have his hands up.

A crowd of protesters that grew to about 30 people in the early evening arrived at the shopping center and later went to police headquarters.

Many of them shouted angrily and profanely about what they characterized as a racially motivated police shooting, and others took part in impromptu prayer circles.

Davis said that one witness voluntarily turned over a cellphone containing video of the incident and gave officers written consent to view the video.

Statements by purported witnesses that witnesses cellphones were confiscated were false and investigators are reviewing the video and other video recovered from the scene, Davis said.

LaHaye said the department has contacted the District Attorney's Office so it can conduct its concurrent investigation and representatives were already on scene.