A man was shot early Friday during an attempted home invasion at his National City home. 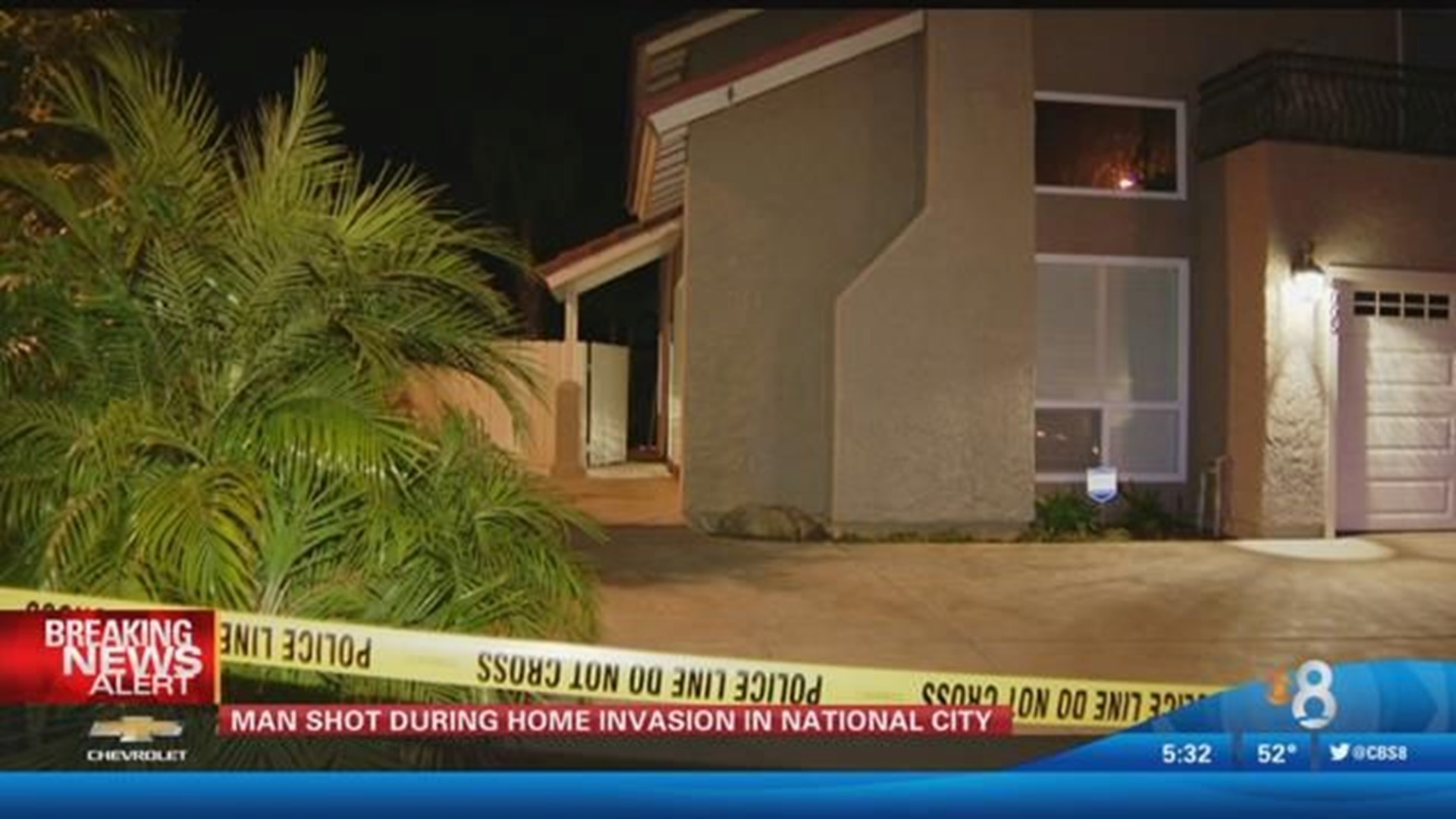 NATIONAL CITY (CBS 8/CNS) - A man was shot early Friday during an attempted home invasion at his National City home.

Police were sent to the home in the 4000 block of Calmoor Street near Sweetwater Road around 2 a.m., according to a National City police dispatcher.

The 32-year-old man was shot while his wife and child were inside the home and was later taken to Scripps Mercy Hospital with life threatening injuries, according to police.

Police say two black male suspects forced their way into the home, one armed with a handgun.

Two teenage persons of interest were taken into custody blocks away, according to investigators.