The subject of an eviction was shot and killed Friday morning by two deputies at a residence in Park West. 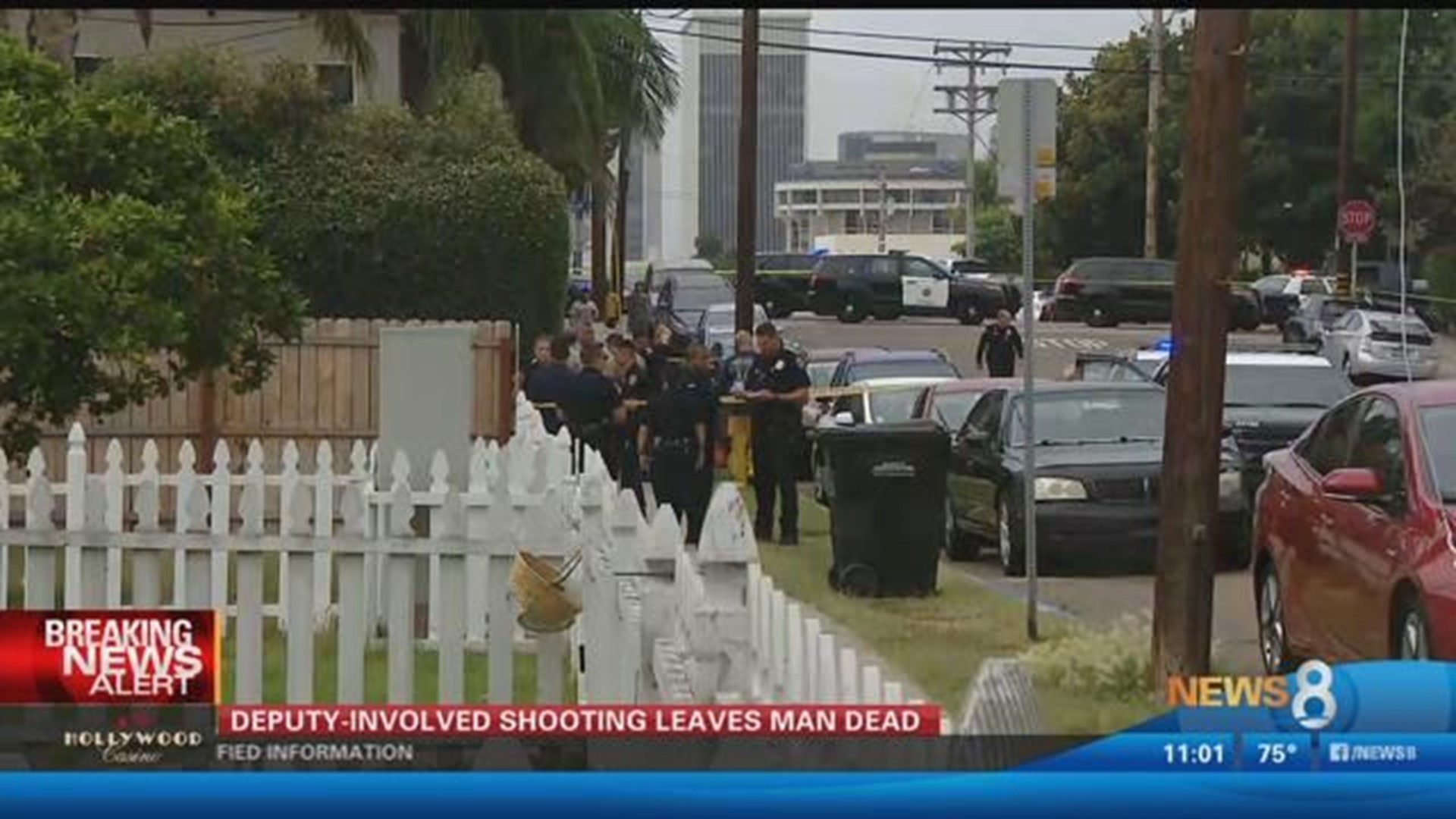 SAN DIEGO (NEWS 8) - The subject of an eviction was shot and killed Friday morning by two deputies at a residence in Park West.

Two San Diego County Sheriff's Court Services Bureau deputies were serving an eviction on the 2000 block of 2nd Avenue at around 7:50 a.m. when the sole occupant of the residence, a 48-year-old man, threatened to arm himself with a handgun if deputies entered his home, according to Lt. Mike Holden of the San Diego Police Department Homicide Unit.

According to deputies, the suspect began yelling at the deputies through a locked security door.

As the deputies entered the apartment's living room, the suspect ran into his bedroom. He returned holding what the deputies believed was a semi-automatic handgun.

As he moved the handgun in their direction, both deputies fired several rounds from their department issued handguns.

The suspect retreated back into his bedroom.

They began giving the suspect medical aid and called for paramedics. The suspect was transported by paramedics to Mercy Hospital where he was pronounced deceased.

No deputies were injured in the incident, Holden said.

The suspect has been identified as a 47-year old black male who lived in the apartment and was the individual being evicted.

The man's name will not be released until family members have been notified.

During a search of the suspect's apartment, homicide investigators found a semi-automatic handgun replica inside the suspect's bedroom. The replica appears to be either a BB air pistol or an Airsoft pistol.

The involved deputies are a seventeen year veteran and a nine year veteran of the San Diego County Sheriff's Department.