San Diego Police are engaged in a standoff in Point Loma Heights. 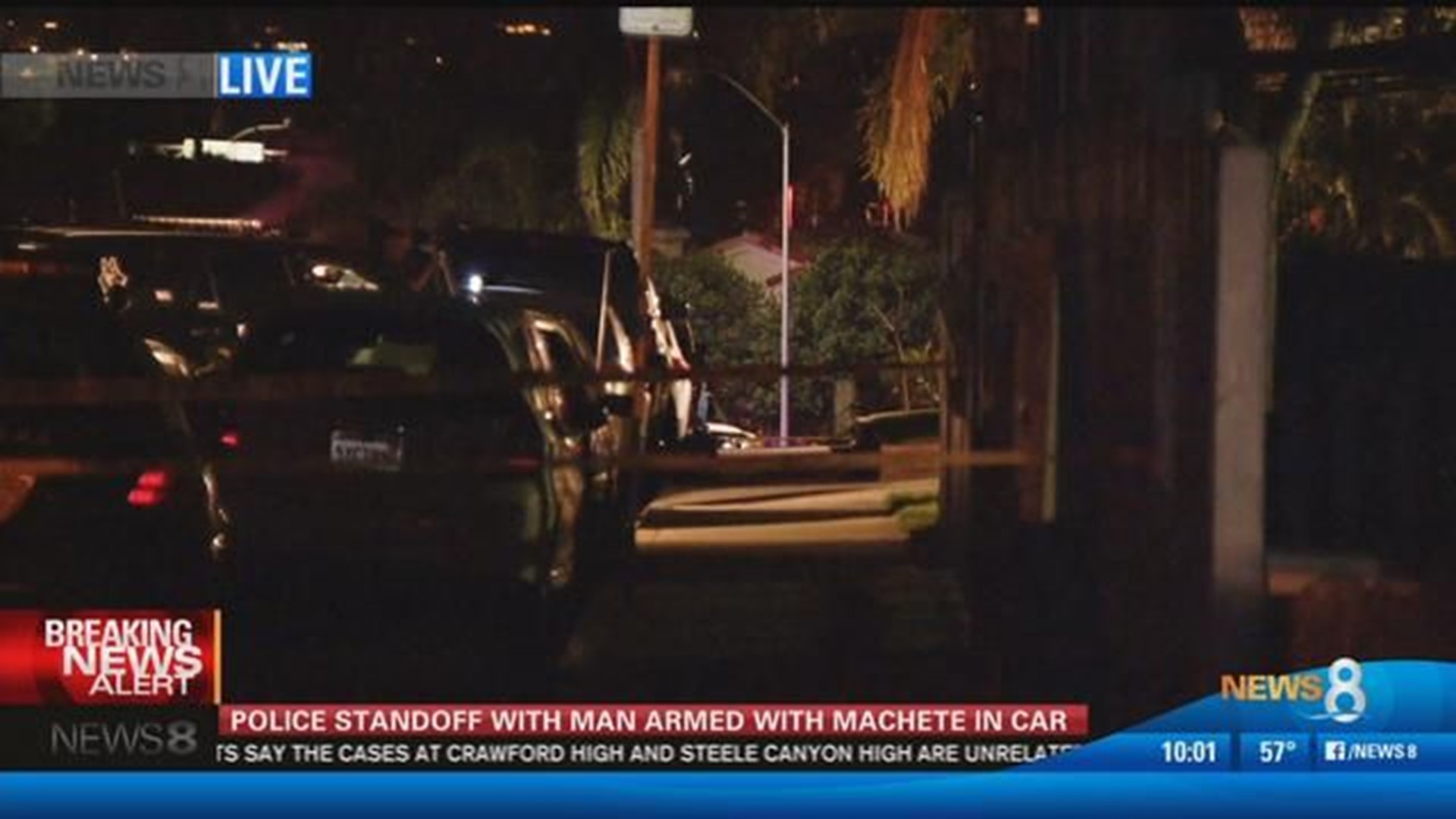 SAN DIEGO (NEWS 8) — A standoff between San Diego Police and a man in Point Loma Heights ended Thursday night with the man being taken into custody.

The man was reportedly armed with a machete and had been holed up inside a vehicle for several hours as negotiators worked to get him to come out.

The incident started just after 6 p.m. on Mentone Street near Point Loma Boulevard.

It was unclear how the standoff began or if the man had committed any kind of crime.

He was described to News 8 as "agitated" and had shouted to officers that he was upset about a woman in his life.

News 8's Chris Gros reports from the scene with details on the efforts it took to get the man out of the car.