A man was shot and wounded in an attempted robbery in San Marcos Sunday. 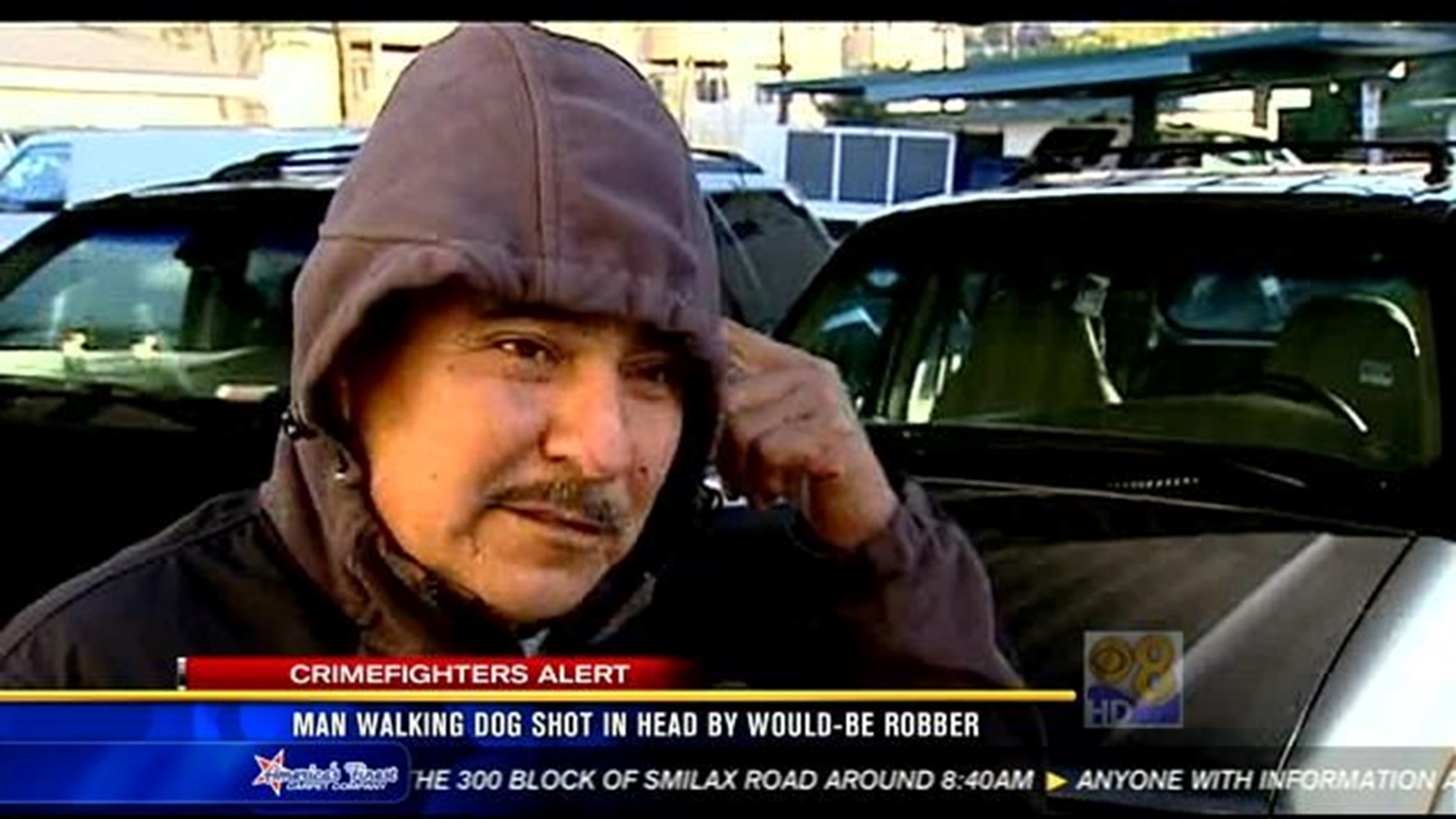 SAN MARCOS (CNS/CBS 8) - A 52-year-old man was shot and beaten while walking his dog in San Marcos, by three men who got out of their car and demanded his money, according to a San Diego County sheriff's sergeant.

The incident was, in the 300 block of Smilax Road, was reported at about 8:30 a.m. Sunday, according to San Diego County sheriff's Sgt. Nick Maryn.

The man was walking his dog when two of the three men got out of a black or dark green Honda and attacked him, Maryn said.

After the victim struggled with the two men, the third suspect exited the vehicle with a gun, according to Maryn. "The victim ran away from the suspects as shots were fired. One round struck the victim and he fell to the ground," he said.

The suspects walked up to the fallen victim and one suspect struck him in the face, Maryn said. Then the suspects grabbed his cell phone and took off in the Honda, according to Maryn.

The victim was transported to Palomar Hospital with nonlife threatening injuries, the sergeant said.