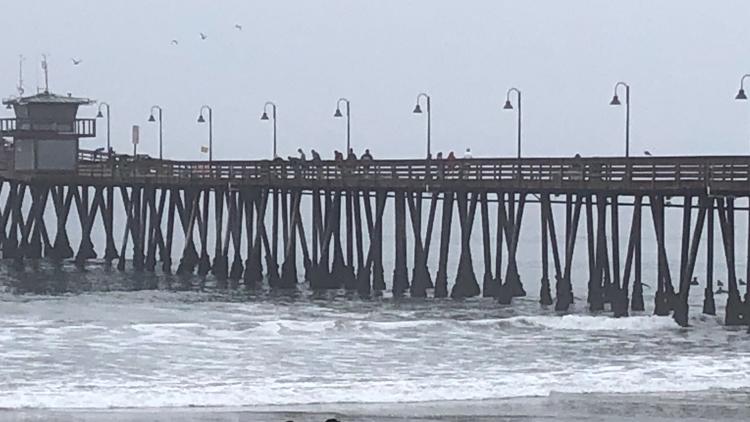 IMPERIAL BEACH, Calif. — A man who was found dead in the ocean last weekend near the Imperial Beach Pier was identified by authorities Saturday. The San Diego Medical Examiner's office stated that the next of kin for 29-year-old San Diego man Zabiullah Rahmani have been notified of his death.

Rahmani had been with his girlfriend at the beach early Sunday, Aug. 4 and decided to enter the water, according to the medical examiner's report. His girlfriend lost sight of him shortly before he was spotted floating in the water by a passerby who pulled him to shore.

911 was called and Rahmani's body was located by authorities still partially in the water near the 700 block of Seacoast Drive. Sheriff's deputies, paramedics and fire personnel responded and Rahmani was pronounced dead at the scene.

Rahmani's girlfriend was located and interviewed that morning, according to the sheriff's department. They said alcohol and controlled substances were suspected as contributing factors in the incident.

The death was not considered suspicious, according to Lt. Ted Greenawald of the San Diego County Sheriff's Office.