CBS News 8 captured video Wednesday, January 6 of a man's reaction to finding his car submerged in floodwater in a parking garage at Fashion Valley Mall. That video has gone viral and has been show... 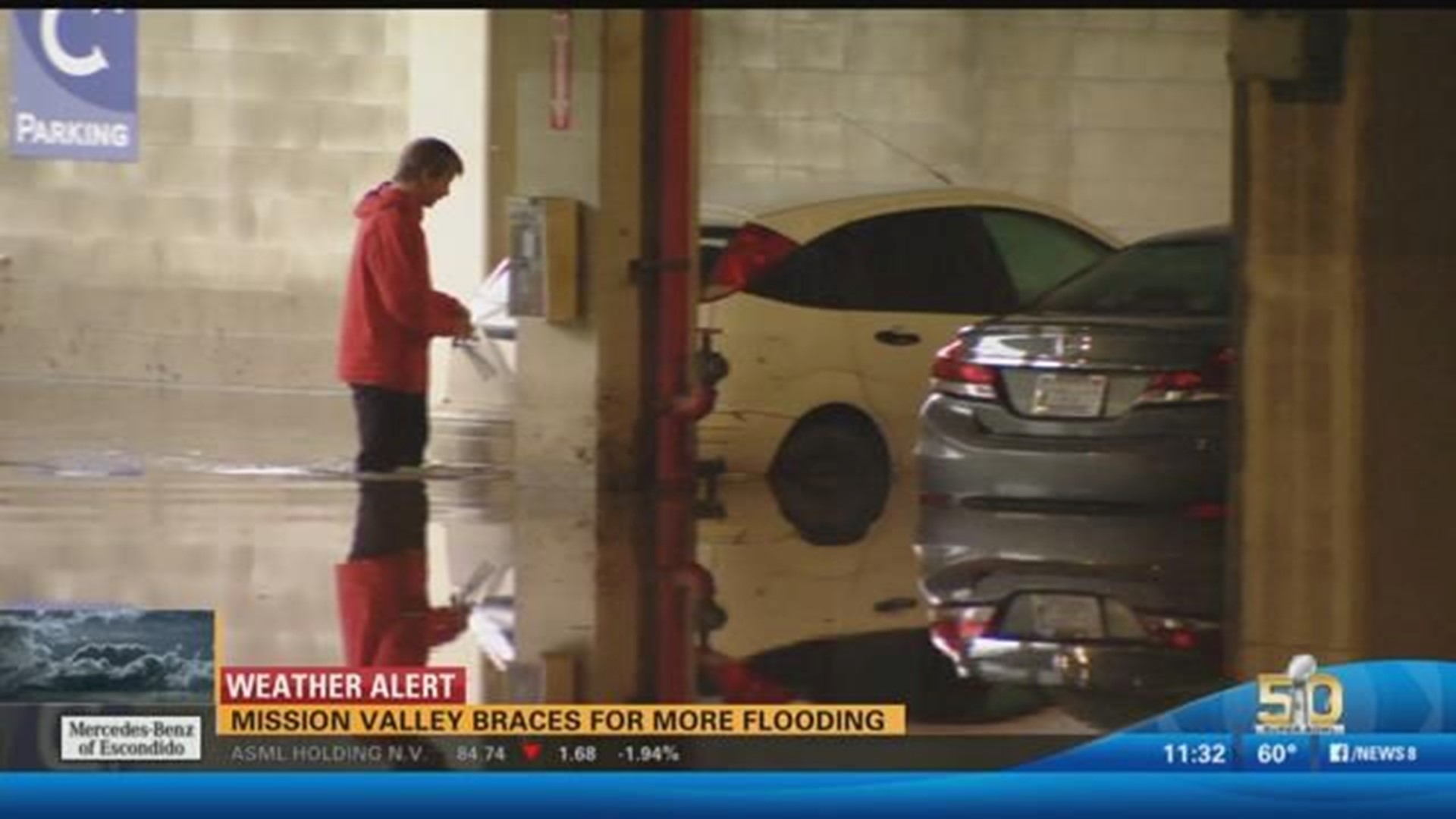 SAN DIEGO (CBS 8) - CBS News 8 captured video Wednesday, January 6 of a man's reaction to finding his car submerged in floodwater in a parking garage at Fashion Valley Mall. The video has gone viral and has been shown on various shows, including the CBS Morning Show, Jimmy Kimmel and Jimmy Fallon.

The man in the video is Richard Spikerman. He is a server at Cheesecake Factory.

"I was fuming to say the least. By that time and standing in that cold smelly river was the last straw," said Richard Spikerman.

Spikerman is not alone in his frustration, he was parked alongside several other vehicles that experienced the same fate.

According to Spikerman, security never told the restaurant or anyone to move their car.

"It was them not doing their job right what got me upset," he said.

The night before, Spikerman had to spend the night at a hotel because the water was too high. He lives in Temecula and because of the long drive, he asked his wife not to drive down to San Diego to pick him up.

Fashion Valley was just one of many areas hit around San Diego County during this week’s series of storms. The flooding impacted parked cars across the county, raising the question: what does insurance cover when your vehicle is flooded in water?

Ray Bello is an insurance agent for State Farm, and he told CBS News 8 that liability insurance alone won't cover flood damage, but comprehensive insurance does.

"Comprehensive, the word means almost everything that can happen to the car other than collision,” added Bello. “It's usually fire, theft, glass breakage, things like that and submerging in water is one of them."

Bello also said that most new cars have comprehensive coverage, but many older ones do not - simply because they're not worth enough.

"It's similar to earthquake insurance. You can't buy it right after an earthquake," said Bello.

As for whether or not someone else can be held liable, such as the City of San Diego or Fashion Valley Mall, a car owner can try to seek damages, but there's no guarantee.

"If there's gross negligence on the part of the mall, they should have done something. There could be recourse against the mall, but everything is individual,” Bello added.

At this time, it's not known when the flooded Fashion Valley Mall garages will open.