"March for our Lives": Thousands expected at Waterfront Park Saturday

Students and community members in San Diego County plan to march for gun control this weekend as part of a nationwide "March for Our Lives." 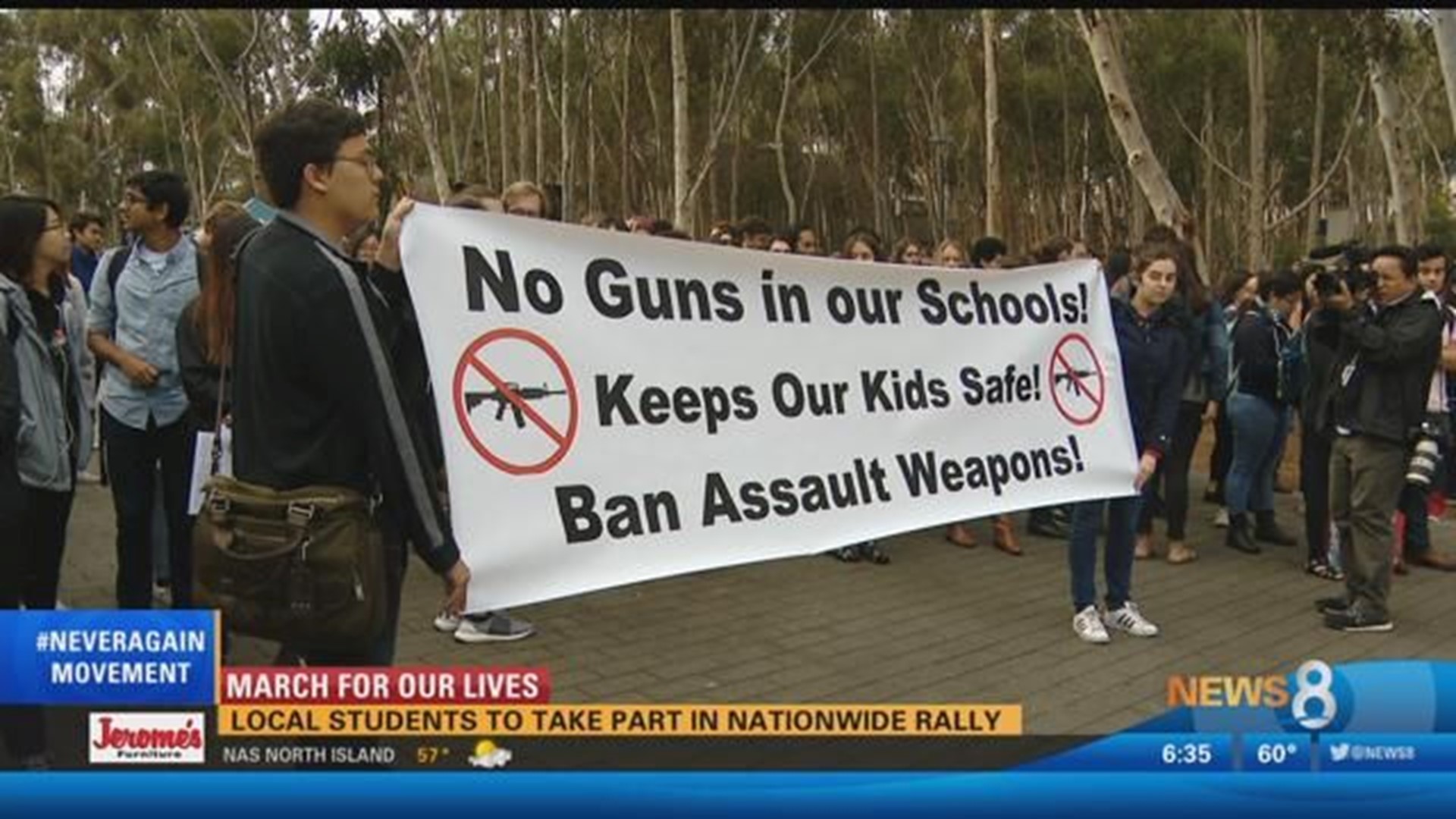 SAN DIEGO (CNS) - Students and community members in San Diego County plan to march for gun control this weekend as part of a nationwide "March for Our Lives."

Local rallies will take place Saturday in downtown San Diego, Encinitas and Escondido, organizers said -- among the more than 800 rallies taking place across the country.

The three San Diego County events are all set to begin at 10 a.m.

Organizers of the nationwide march are calling on politicians to find a solution to gun violence and mass shootings in the wake of the Feb. 14 mass shooting at Marjory Stoneman Douglas High School in Parkland, Fla., where 17 people died.

Mohamed Elnakib, one of the downtown march organizers, said the names of each of the victims will be read aloud.

"We are basically calling on our political leaders to advocate and pass legislation that will help keep our students and our community safe," Elnakib said.

The march also comes a little more than a week after thousands of students took part in a national school walkout to advocate for gun restrictions on the one-month anniversary of the Parkland shooting.

Elnakib said the survivors of the Parkland shooting called for the nationwide marches, and the local events were run by students with the help of other activist organizations such as Women's March San Diego.

"We really wanted to make sure that we highlighted and uplifted the student voices, because many of the events in San Diego are often organized by community organizations," he said.

All kinds of students helped set up the march, according to Elnakib.

An elder from the Kumeyaay tribe will be in attendance at the event to give an opening prayer and blessing, Elnakib said.

"We want to make sure that we bless and respect the fact that we are on Kumeyaay land," he said.

Elnakib also said organizers will use the march to honor 22-year-old Stephon Clark, an unarmed black man who was shot and killed by Sacramento police in his grandmother's backyard Sunday night.

The three local marches will be held at: