The largest balloon parade in the United States is scheduled to step off at the Embarcadero Tuesday morning, prompting County officials to offer some viewing tips. 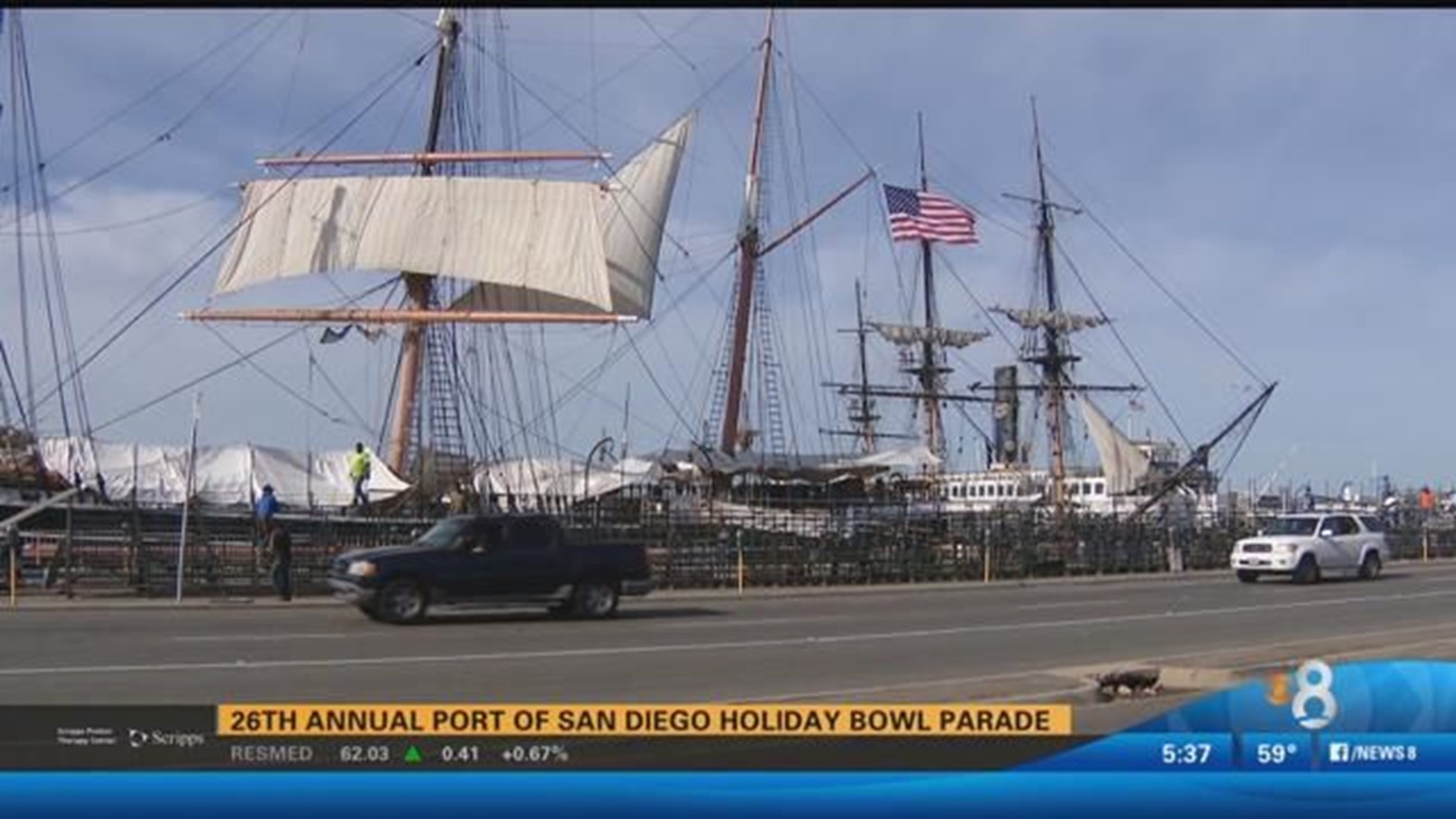 SAN DIEGO (CBS 8/CNS) - The largest balloon parade in the United States is scheduled to step off at the Embarcadero Tuesday morning, prompting County officials to offer some viewing tips.

It's officially known as the Port of San Diego Holiday Bowl parade, which will also feature the marching bands from Washington State University and the University of Minnesota -- the two schools that will be competing in the football game later in the afternoon.

The County's Waterfront Park downtown adjacent to the County Administration Center is a prime vantage point, located at 1600 Pacific Highway, and officials urged viewers to arrive well before the 10 a.m. parade start time.

The balloons, marching bands and more will head south along Harbor Drive on the park's bay side and finish at the corner of Harbor Drive and Pacific Highway near Seaport Village.

The two marching bands battled it out Monday night at Horton Plaza.

Proud parents like Colleen Meeker danced along as the band played hit after hit. The Holiday Bowl represents her son's final band performance.

"It's such a great experience for him and his college experience. It's a great organization," she said.

Meeker was joined in the audience by the father of Katherine - a freshman at Washington State.

"She was really about it at first - a little nervous. She's really into it now and she's really excited and looking forward for her next three years," he said.

For the band parents and fans, the real attraction is when the two teams meet at Qualcomm Stadium.

The Port of San Diego expects more than 100,000 visitors to line the parade route so parking will be at a premium.

Parade goers planning to make Waterfront Park their viewing spot were urged to take the Trolley to the County Center/Little Italy trolley stop, located one block east of the park.

Segments of Harbor Drive and Pacific Highway will be closed beginning at 7:45 a.m., officials said.

The grandstand and television coverage area will limit parade viewing on the park's southwest corner.

Alcohol, smoking, e-cigarettes, glass and barbecuing are not allowed in the parade area. Picnics, lawn chairs, blankets and canopies are allowed.