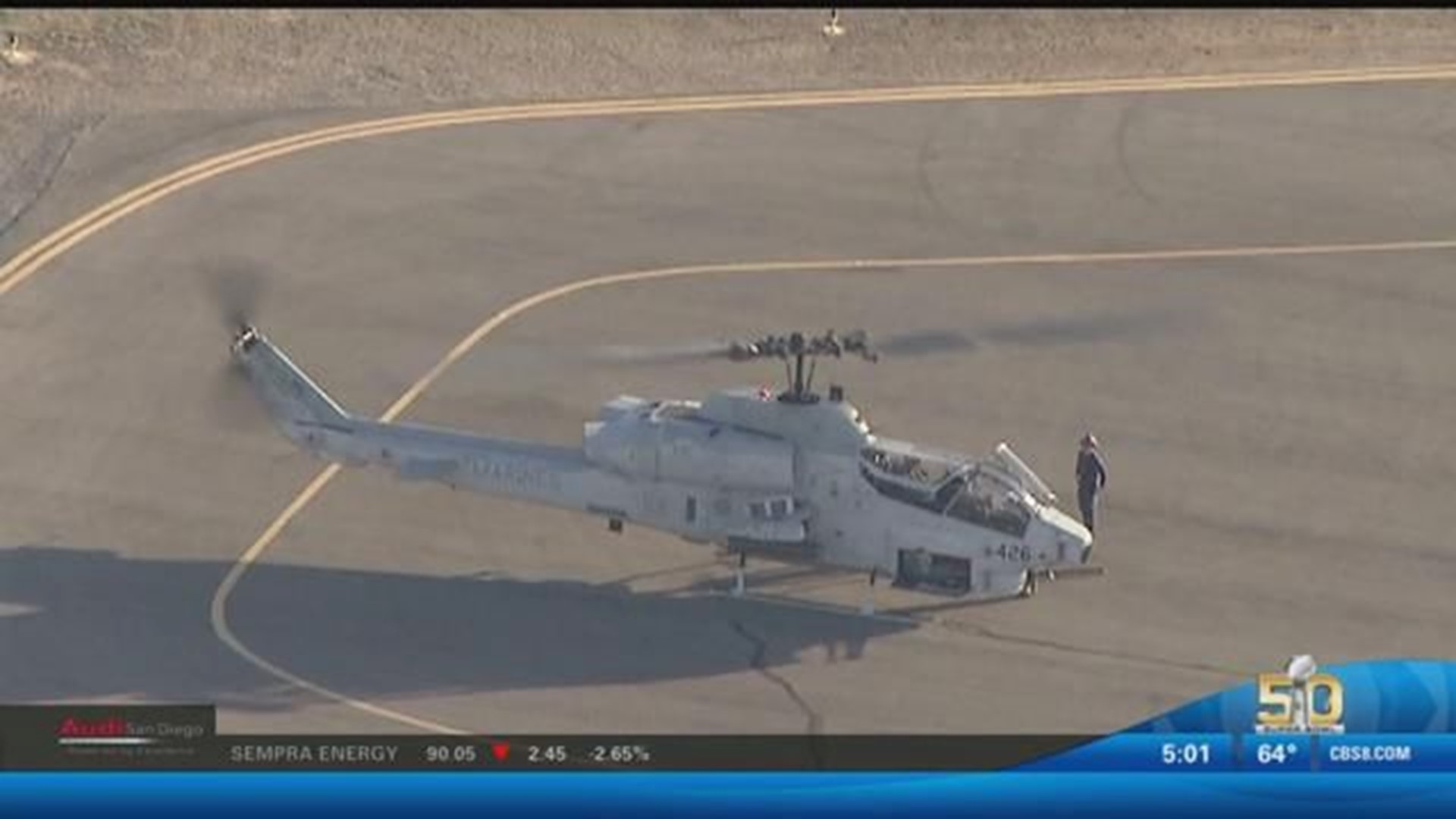 RAMONA (CNS) - A Marine Corps helicopter flying out of Camp Pendleton made a safe precautionary landing at Ramona Airport this afternoon after a control-panel warning light came on aboard the aircraft.

The AH-1W Super Cobra touched down at the airfield on Montecito Road shortly after 1 p.m., according to military and civilian officials. There were no injuries, fire or structural damage, said 1st Lt. Matthew Gregory, a spokesman for the Miramar-based 3rd Marine Aircraft Wing, where the twin-engine
attack helicopter is stationed.

Two Marines, a pilot and a gunner, were aboard the aircraft at the time of the emergency, Gregory said.