San Diego Mayor Kevin Faulconer delivered his first State of the City address Wednesday night, outlining his vision for the future of San Diego. He tackled topics like a new Chargers stadium and th... 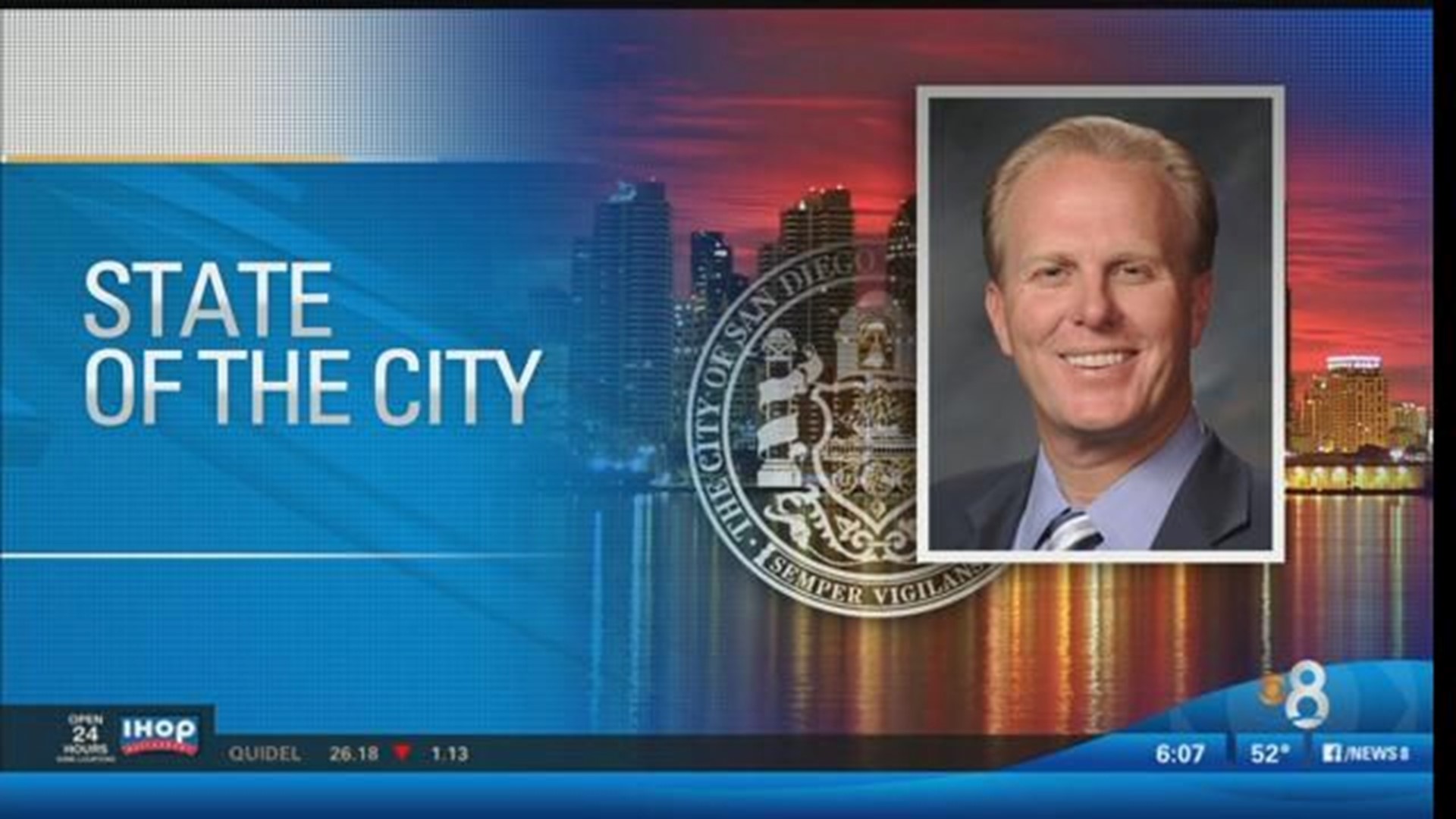 SAN DIEGO (CBS 8) - San Diego Mayor Kevin Faulconer delivered his first State of the City address Wednesday night, outlining his vision for the future of San Diego. He tackled topics like a new Chargers stadium and the expansion of the convention center.

Marking 10 months in office, Mayor Faulconer gave his address to an audience of hundreds, saying that the state of San Diego is strong and getting stronger and calling this "a year of action."

And in this coming year, Mayor Faulconer vowed to make progress on a new Chargers stadium, appointing a task force to study two options: building one at the current Mission Valley location or building a stadium along with an expanded convention center downtown.

“This is my commitment, for the first time, this year we will have a real plan to consider for a new stadium. This is San Diego's team and San Diegans will have the final say with a public vote,” said Faulconer.

He also committed to continue work on expanding the convention center, although no time table was offered:

"Expanding the convention center will create thousands of jobs and bring in millions of dollars in additional revenue for our neighborhoods.”

"We will repair one thousand miles of streets.”

Afterward, Council Member Todd Gloria, who delivered last year's State of the City as interim mayor, said the address was "a missed opportunity to talk about real solutions.”

“A hundred million dollars in infrastructure investment, when we have a $3 billion problem, guarantees that San Diegans will be hitting a lot more potholes for many years to come,” said Gloria.

Councilmember David Alvarez also took the mayor to task for not providing more concrete details on the stadium proposal.

"You can't tailgate at a task force. San Diegans want to see an actual plan. We've talked about this now for 12 years, in detail, and now is the time to put something concrete forward,” explained Alvarez.

Mayor Faulconer also announced a new initiative called the Innovate San Diego Challenge, which gives all San Diegans a chance to come up with their own original solutions for some of the city's biggest challenges, like housing and job training. The best proposal will receive private funding to put that solution into action.