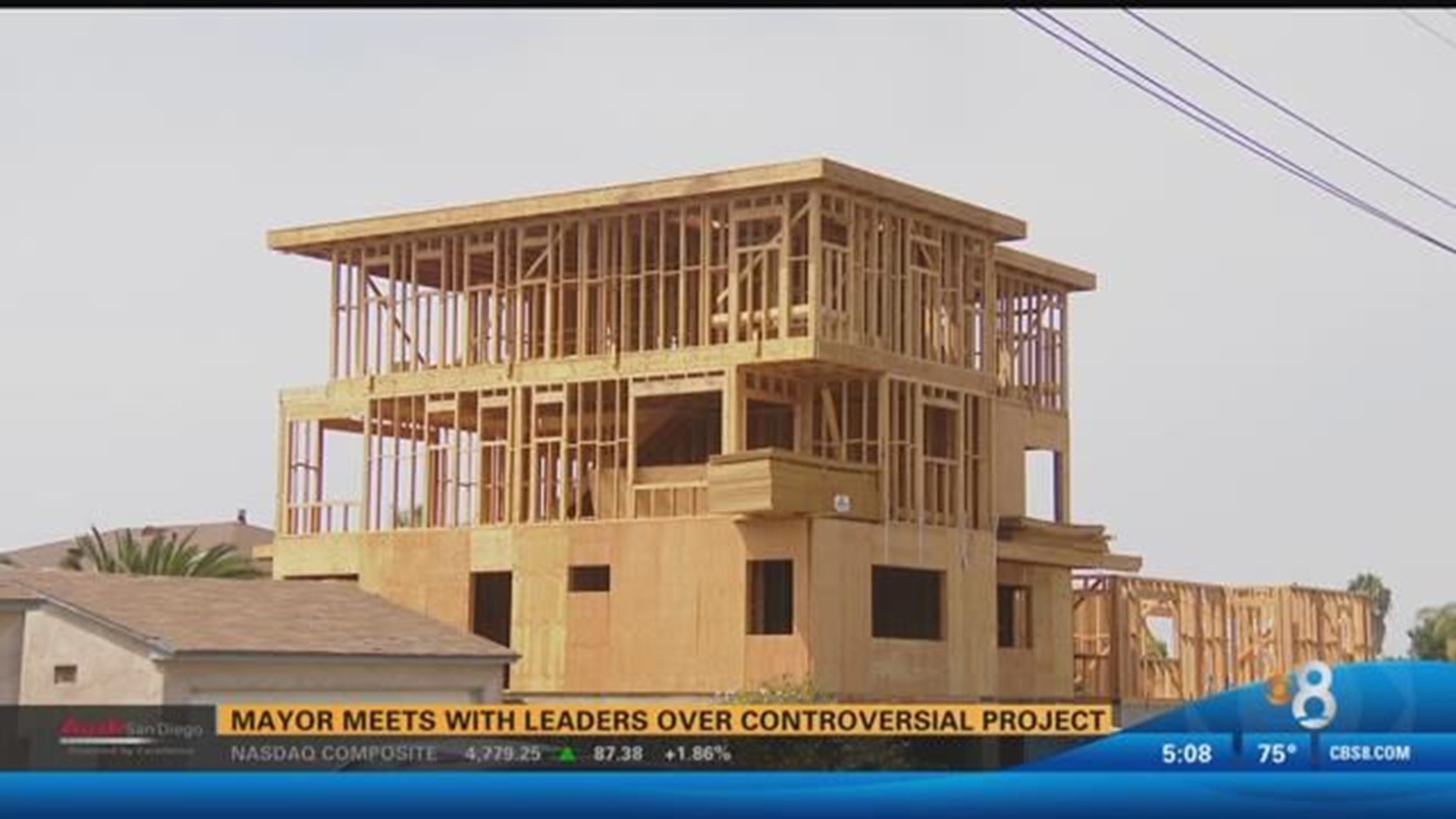 The mayor issued a temporary "stop work" order on the project on Tuesday, saying that the project doesn't meet the city's development codes.

Neighbors have been complaining for weeks that the duplex exceeds the 30-foot height limit for coastal properties. The mayor says it's a claim he takes seriously.

"My job is to make sure that, as we look at it city-wide, the city is following the rules, developers follow the rules and we protect our coastal zone and height limit. And that's exactly what we're going to do," said Faulconer.

Those opposed to the project say the developer, Pacific Enterprise Builders, used a loophole in the building code to measure the project's height from above the garage.