City officials and community leaders are scheduled to announce the expansion of a program Monday in Clairemont that provides a safe parking area for homeless people living out of their vehicles and... 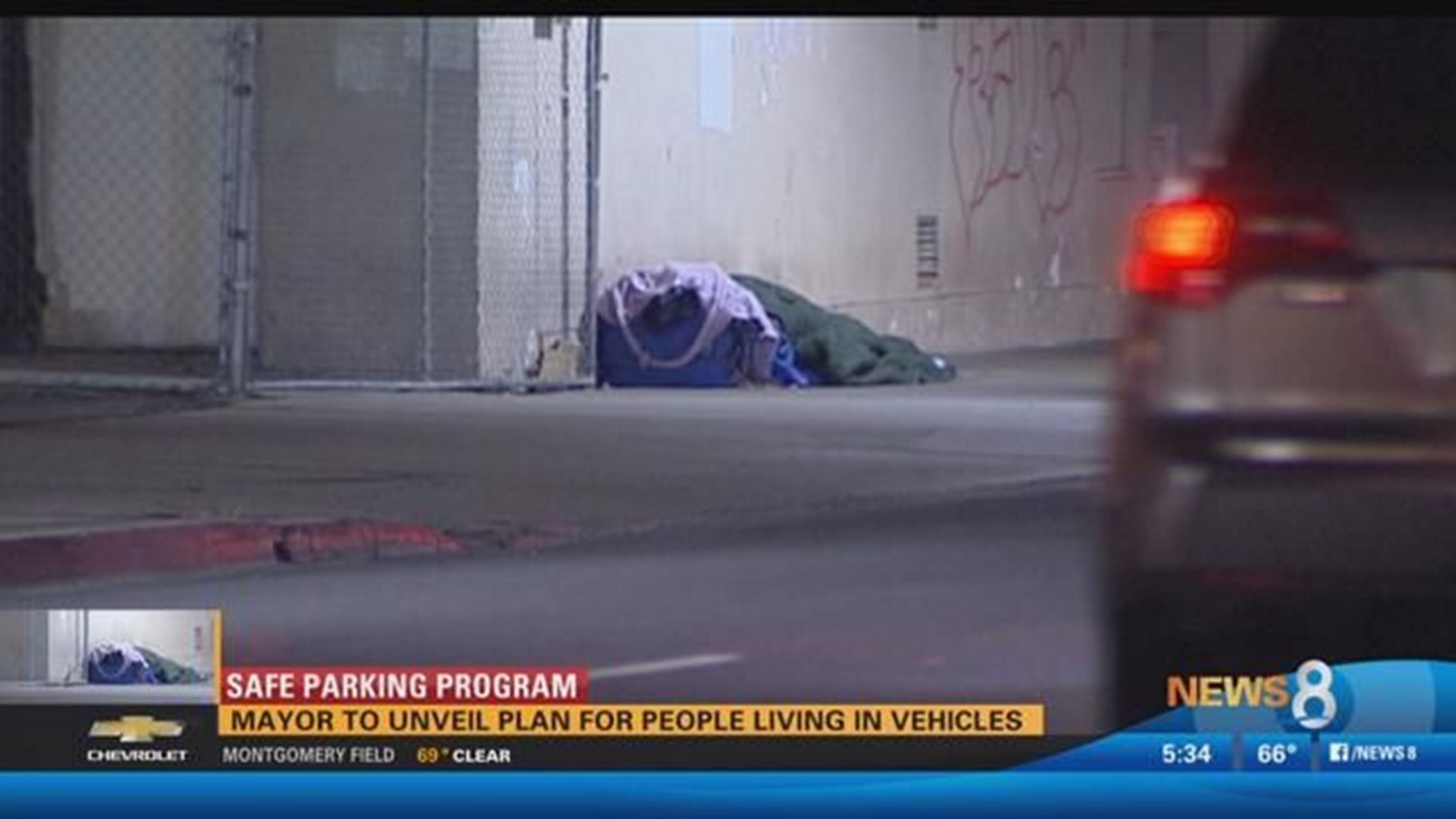 SAN DIEGO (CNS) - A program in Clairemont that provides a safe parking area for homeless people living out of their vehicles and offers them assistance to transition to permanent housing will be expanded, city officials and community leaders announced Monday.

A similar area will also be opened on city-owned property in Murphy Canyon.

The existing lot is operated by the nonprofit Dreams for Change at Jewish Family Service's Joan & Irwin Jacobs Campus on Balboa Avenue. The lot provides space for 40 vehicles, serving around 50 to 60 individuals nightly, with an emphasis on families.

Another 20 spaces will be added, paid for by the city an donations to JFS.

"Homelessness comes in many forms. Sometimes people are living on the streets, some are sleeping on a friend's couch and some live out of their cars," Mayor Kevin Faulconer said.

"In many cases, these folks just need a place to go so they can focus on getting their lives back on track," he said. "These safe parking areas will provide a creative solution for people who just need a temporary reprieve from the streets."

The second site, located at a city-owned parking lot near the intersection of Aero Drive and Murphy Canyon Road, will open next Monday, offering 60 parking spaces.

Together, the two parking lots will serve more than 200 people each night.

"For the majority of the people in the Dreams for Change program, it is their first time being homeless," said Teresa Smith, the organization's CEO. "Most of them have some source of income and just need a little assistance to get themselves and their family back on their feet and into a home."

People who register for the parking areas can stay between 6 p.m. and 7 a.m., according to the city.

Organizers said program participants must be working toward securing housing and are screened to ensure the areas remain safe and welcoming.

City officials plan to erect three permanent tents later this year and early next year to serve as homeless shelters. Last week, the city opened a 136- space tent camp in Golden Hill to provide a safe area for homeless families, with bathrooms, storage and 24-hour security at the camp in the city's operations yard.

The growing number of homeless in the county was already a concern before a hepatitis A outbreak raised worries even more. The outbreak, which has killed 18 people and sickened nearly 500 others, has largely affected the homeless and illicit drug users, and critics contend a shortage of shelter space for the homeless exacerbated the outbreak.

An annual tally of the area's transient population in January found that 962 homeless people were living out of their vehicles, making up 17 percent of the 5,619 total homeless individuals.

For more information about the safe parking program, Click Here.