A group of mountain bikers have their sets of wheels back Monday night after they were taken away by MCAS Miramar police more than two months ago. 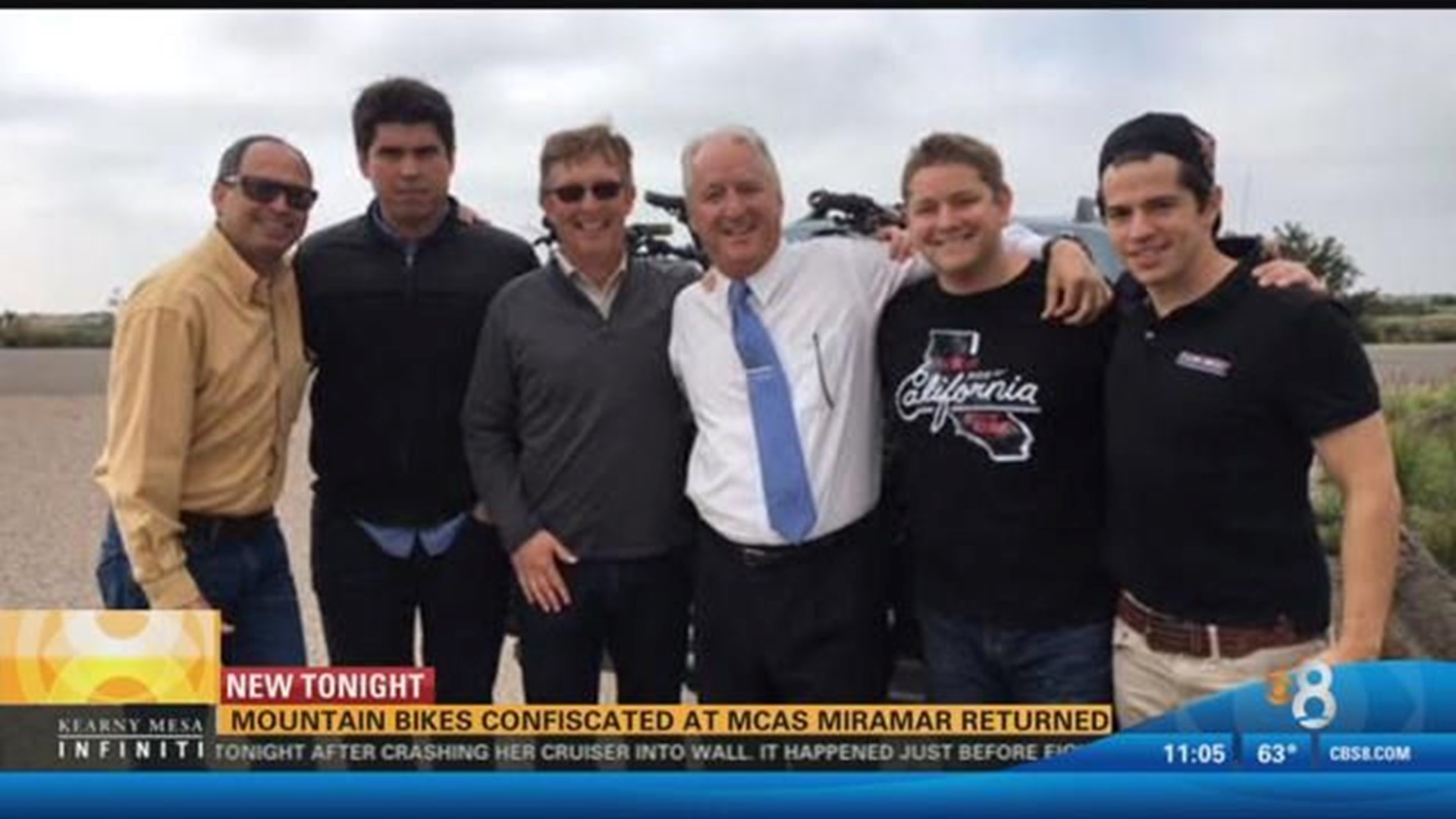 SAN DIEGO (CBS 8) - A group of mountain bikers have their sets of wheels back Monday night after they were taken away by MCAS Miramar police more than two months ago.

The bikes were confiscated during a ride through restricted property, but the riders said there was no proper signage in the area.

It's a victory for a handful of mountain bikers who fought to get their bikes back and other bikers could reach the same deal.

"I think what happened was a bit of an overreaction. If you're going to be out there handing out federal misdemeanor citations, you need to have above adequate signage," said Ben Stone, San Diego Mountain Biking Association Vice President.

RELATED: Marines confiscating bikes of trespassers on base

The agreement with the feds to have the bikes returned took a civil lawsuit filed by attorney Richard Duquette. Five cyclists agreed not to sue the government over civil rights violations and pay a $250 fee rather than a $500 fine. Also, the misdemeanor charges were scrubbed from their records.

"We need to all work together towards a viable solution that encompasses the future of East County," said Stone.

The military said mountain bikers still need to obey the signs and warn, police will still be on patrol.

MCAS Miramar said other bikers who were cited for trespassing and would like to reach a similar deal can contact the base.

Below is the statement from MCAS Miramar:

On Friday, March 18th, a Federal Magistrate Judge in San Diego approved a settlement agreement between the United States Attorney's Office and five individuals cited for trespassing aboard MCAS Miramar over the Martin Luther King Jr. holiday weekend. With these five cases complete, any associated evidence was released to the owners.  Other individuals who were cited for trespassing that weekend and are interested in a similar outcome may contact Major Kevin Brown, Special Assistant United States Attorney, at kevin.m.brown3@usmc.mil.  As we have consistently maintained, individuals who have been cited for trespassing aboard MCAS Miramar can retrieve impounded evidence following the adjudication of their citations. Our Military Police Officers will continue to act within their authorities to enforce the boundaries of MCAS Miramar and we ask community members to avoid the air station property.