Within a week of the family's disappearance in 2010, large sums of money started being transferred out of Joseph McStay's business bank account. 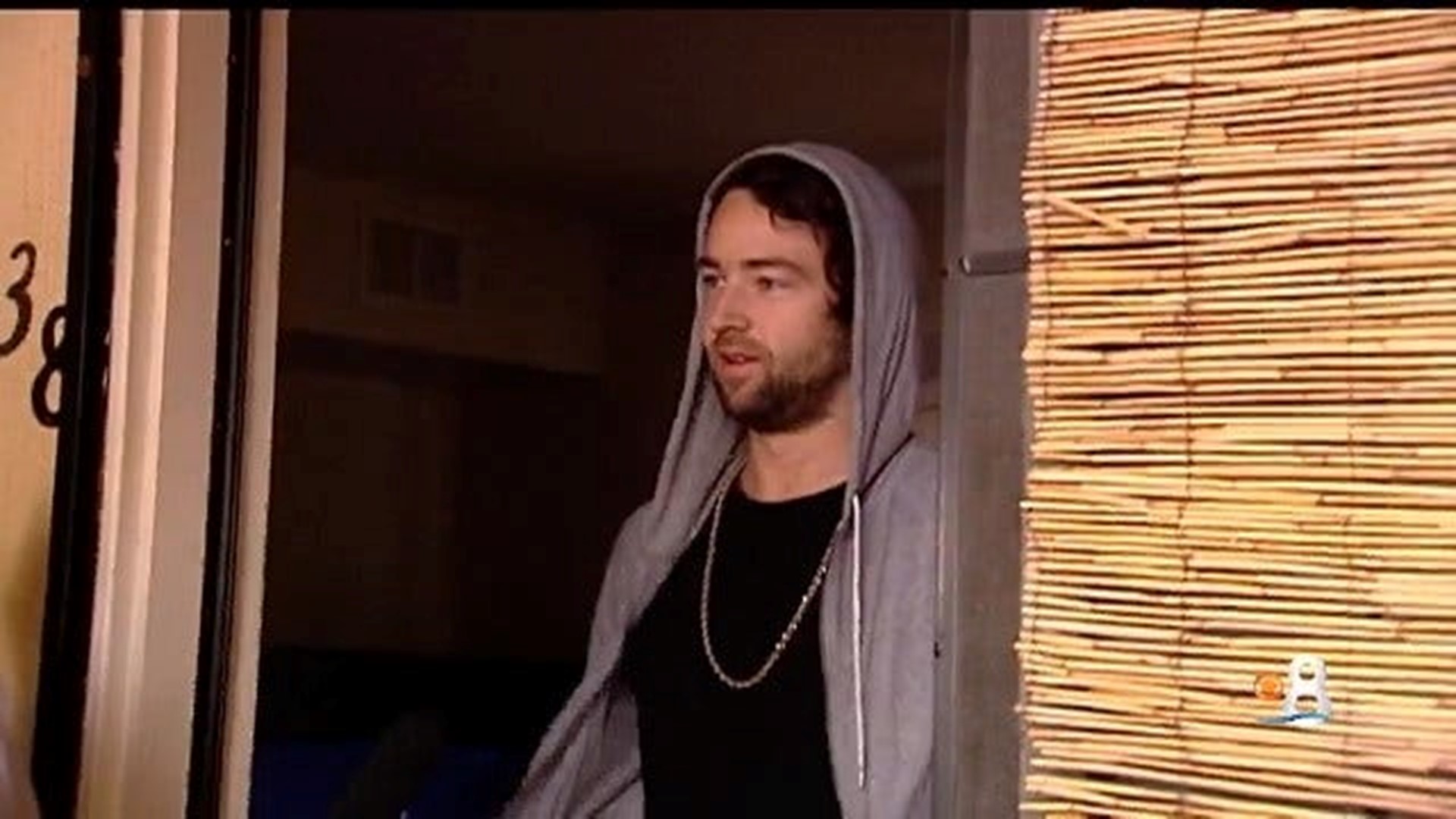 It would be almost four years before the skeletal remains of the family were discovered in shallow graves near Victorville on November 11.

Within a week of the family's disappearance in 2010, large sums of money started being transferred out of Joseph McStay's business bank account.

Where was the money going? Who was transferring it and why?

CBS News 8 caught up with the employee who admitted to his involvement in some of those transactions.

At first, Dan Kavanaugh, 32, was reluctant to talk about his former employer, Joseph McStay, when a CBS News 8 camera crew came knocking at his apartment door in Little Italy.

A web designer by trade, Kavanaugh had been in charge of developing the online presence for Earth Inspired Products, Joseph McStay's custom fountain design and manufacturing business.

Eventually, Kavanaugh opened up to CBS News 8, denying that he had anything to do with the family's disappearance or murder.

Kavanaugh said he was in Oahu, Hawaii on a surfing trip at the time the family went missing.

"I was in Hawaii. You guys know that, right?" said Kavanaugh as he stood in the threshold of his apartment.

In a subsequent telephone interview, Kavanaugh looked up his online itinerary from the surfing vacation, and claimed he was in Oahu from Jan. 4, 2010 to Feb. 17, 2010, when he returned to San Diego.

"I have a hundred witnesses that saw me there (in Oahu) and can attest that I was there the whole time," said Kavanaugh.

"So, there are some curious withdrawals for business expenses and things around the time of the disappearance; but when you look further, the guy was 2,500 miles away. He has an alibi. And I had no resources to get anything like that done or motive," explained Kavanaugh.

He said he was working with Joseph's brother, Michael McStay, and Joseph's mother, Susan Blake, at the time the withdrawals were made.

"Mike and I and his mom tried to salvage and run the business that we had built for a long time," Kavanaugh said.

But without Joseph McStay at the helm, the business would eventually fold.

The sale of Earth Inspired Products and the subsequent creation of a corporation called Water Feature Supply, Inc. resulted in a lawsuit being filed in February 2012 in San Diego Superior Court  (case # 37.2012-00092477).

The lawsuit detailed ownership disputes between the plaintiffs, Schneider and Quintero, and another party named Patrick Maloy.

The lawsuit was dismissed in May of 2012 and Maloy retained ownership of the Water Feature Supply domain and business.

Joseph McStay's father, Patrick McStay, told CBS News 8 that Kavanaugh had no right to sell the business to Schneider and Quintero.

"So, are you going to tell me that Kavanaugh was running the company? He had no authority to run anything. He was a nobody. He was a web guy. He took care of the web and that's it," said Patrick McStay. "I think he wanted to gain access to the business and sell it."

"I didn't just do the web site," he said. "I created all of the traffic to the site. Joe did very little. He just answered the phone. I built the entire business."

Court records show Kavanaugh had trouble with the law in the years after the McStays disappeared.

According to a 2013 probation report obtained by CBS News 8:

Kavanaugh pleaded guilty to a single, misdemeanor count: battery of a current or former significant other, and received three years probation.

Probation officers filed a sentencing report that described the incident, which occurred July 5, 2013 at 12:30 a.m.:

The records said Kavanaugh told officers that he and his girlfriend had been drinking and that, "She was rowdy and out of hand."

He also told arresting officers that the victim "had taken ecstasy" and that she was having "a bad trip," according to the probation report.

Kavanaugh pleaded guilty in October 2013, in a plea bargain, to felony false imprisonment and was placed on formal probation.

Defense attorney Isaac Blumberg of San Diego submitted a statement of mitigation to the judge in the case, which included several letters of support from Kavanaugh's business associates, friends, mother and brother.

"Daniel hasn't got a mean bone in his body," his mother, Tamara Lyn Terry, wrote in her statement to the judge.

"I have four sons I raised myself… Daniel, the eldest son of mine is and always has been a kind and loving big brother. Kind to me, an overwhelmed single mother, he helped enormously, being supportive, and even helping financially. I need Daniel. Our FAMILY needs Daniel. I swear, on my honor, Daniel is worthy of your consideration and mercy," his mother wrote.

"I have known Daniel Kavanaugh to be a hardworking, honest and highly intelligent individual," restaurant owner Peter Busalacci wrote the judge.

"The quality of his work has been exceptional and his personality is always pleasant. These (restaurant) web sites have been improved considerably by his services," wrote Busalacci.

Kavanaugh remains on active probation and continues to attend court-ordered, domestic violence classes.  He has not been named as a suspect by law enforcement in the McStay murders.

"As far as you asking me if I'm a violent person, the answer is a resounding no. Definitely not," Kavanaugh told CBS News 8.

(This report has been updated since its original posting)