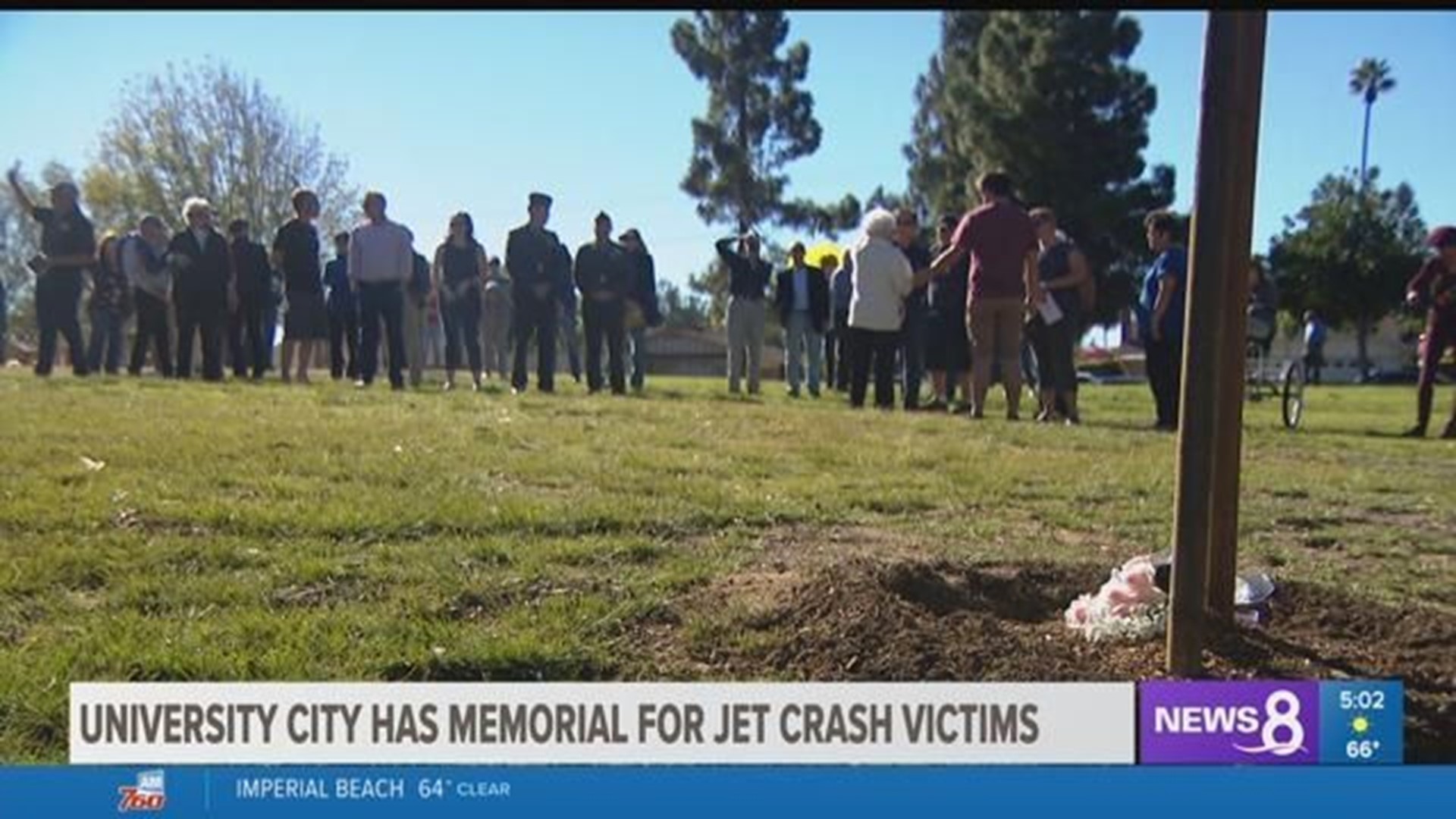 The accident started several fires and killed four members of the same family.

Choko McConnell witnessed the 2008 crash saying there were nothing but red flames and a deep sounding boom.

McConnell lived right across the street from where the tragedy took place.

The youngest victims of the accident were just 7 weeks old and 15 months old, who died along with their mother and grandmother.

Neighbor, Pia Mantovani-Sud organized Saturday’s memorial and the tree dedication, where city leaders and first responders joined with the community in remembrance.

At the exact time of the crash, 11:58 a.m., the entire crowd bowed their heads for a moment of silence for when the crash occurred ten years prior.

Witnesses on the day of the accident remembered the pilot, LT. Dan Neubauer in utter shock after ejecting from his F/A-18.

Authorities say that Neubauer was flying on one engine for almost one hundred miles.

Neighbors say it is great to finally have a memorial in place.

Ruth DeSantis from the University City Foundation said, “Let these trees remind us as a trees roots run deep into earth, let us be deeply rooted in our community and find comfort in each other.”

During the ceremony, each name was read aloud as a bell rang.

Organizers tried to track down the lone survivor of the Yoon family who was at work during the crash, but they were unable to.