Migrant caravan groups arrive by hundreds at US border

The U.S. government said it was starting work Tuesday to “harden” the border crossing from Tijuana, Mexico, to prepare for the arrival of a migrant caravan leapfrogging its way across western Mexico.

ESCUINAPA, Mexico (AP) — Migrants in a caravan of Central Americans scrambled Wednesday to reach the U.S. border, arriving by the hundreds in Tijuana, while U.S. authorities across the border were readying razor wire security barriers.

Authorities in Tijuana were struggling to deal with a group of 357 migrants who arrived aboard nine buses Tuesday and another group of 398 that arrived Wednesday.

Josue Vargas, an immigrant from Honduras who finally pulled into Tijuana Wednesday after more than a month on the road, said "Mexico has been excellent, we have no complaint about Mexico. The United States remains to be seen."

That didn't deter arriving groups of Central Americans from going to a stretch of border fence in Tijuana to celebrate.

On Tuesday, a couple of dozen migrants scaled the steel border fence to celebrate their arrival, chanting "Yes, we could!" and one man dropped over to the U.S. side briefly as border agents watched from a distance. He ran quickly back to the fence. 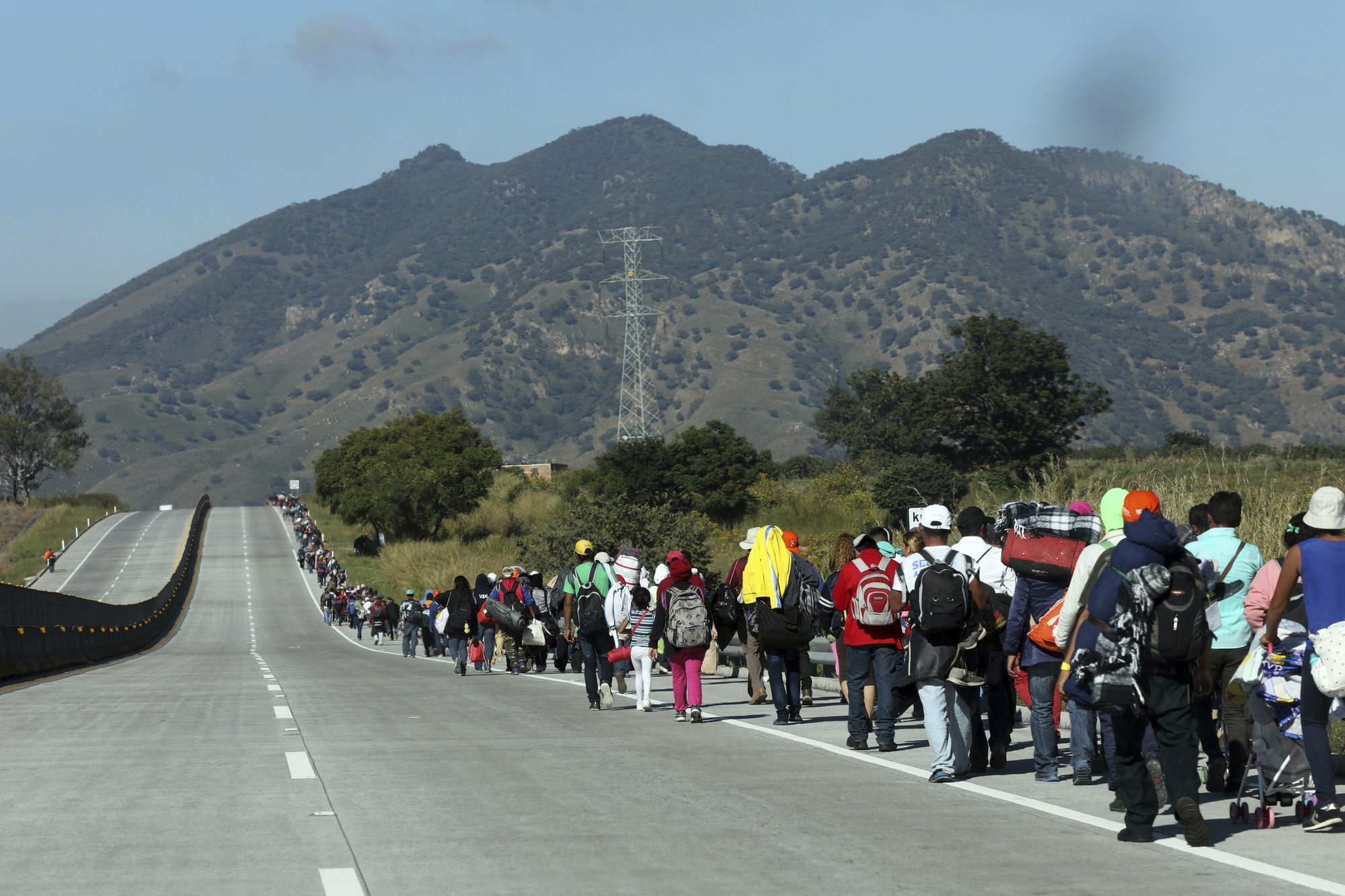 Central American migrants travel as a caravan toward the U.S. border on the highway that connects Guadalajara with Tepic, Mexico, Tuesday, Nov. 13, 2018. (AP Photo)

"They wanted to stay together in a single shelter," Palencia Chavez said, "but at this time that's not possible" because shelters are designed for smaller groups and generally offer separate facilities for men, women and families.

But he said that after their visit to the border, most were taken to shelters in groups of 30 or 40.

With a total of three caravans moving through Mexico including 7,000 to 10,000 migrants in all, questions arose as to how Tijuana would deal with such a huge influx, especially given U.S. moves to tighten border security and make it harder to claim asylum.

The video below shows migrant caravan members climb atop the border fence at Playas de Tijuana as U.S. Border Patrol agents monitor from the U.S. side, Tuesday, Nov. 13, 2018.

On Wednesday, buses and trucks carried some migrants into the state of Sinaloa along the Gulf of California and further northward into the border state of Sonora.

The bulk of the main caravan appeared to be about 1,100 miles (1,800 kilometers) from the border, but was moving hundreds of miles per day.

The Rev. Miguel Angel Soto, director of the Casa de Migrante — House of the Migrant — in the Sinaloa capital of Culiacan, said about 2,000 migrants had arrived in that area. He said the state government, the Roman Catholic Church and Escuinapa officials were helping the migrants.

The priest also said the church had been able to get "good people" to provide buses for moving migrants northward. He said so far 24 buses had left Escuinapa, Sinaloa, on an eight-drive to Navojoa in Sonora state. Small groups were reported in the northern cities of Saltillo and Monterrey, in the region near Texas. 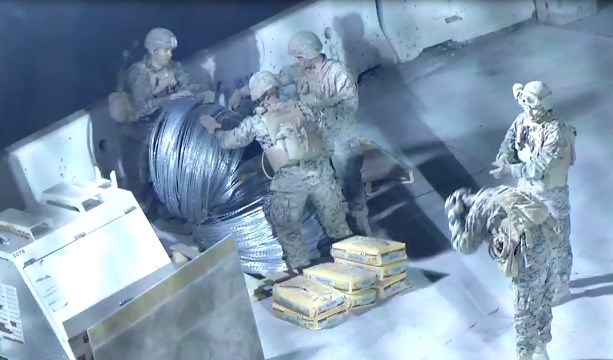 From Sonora, some migrants said they had already caught buses from to Tijuana.

About 1,300 migrants in a second caravan were resting at a stadium in Mexico City, where the first group had stayed last week

Many say they are fleeing poverty, gang violence and political instability in the Central American countries of Honduras, Guatemala, El Salvador and Nicaragua.

Mexico has offered refuge, asylum or work visas, and its government said Monday that 2,697 temporary visas had been issued to individuals and families to cover them during the 45-day application process for more permanent status. Some 533 migrants had requested a voluntary return to their countries, the government reported.

The U.S. government said it was starting work Tuesday to "harden" the border crossing from Tijuana ahead of the caravans.

Customs and Border Protection announced it was closing four lanes at the busy San Ysidro and Otay Mesa ports of entry in San Diego, California, so it could install infrastructure.

That still leaves a substantial path for the tens of thousands of people who cross daily: Twenty-three lanes remain open at San Ysidro and 12 at Otay Mesa.