After traveling more than a month and walking for thousands of miles, nearly 2,000 migrants have arrived in Tijuana – all hoping to cross into the United States, but a tall fence and several border... 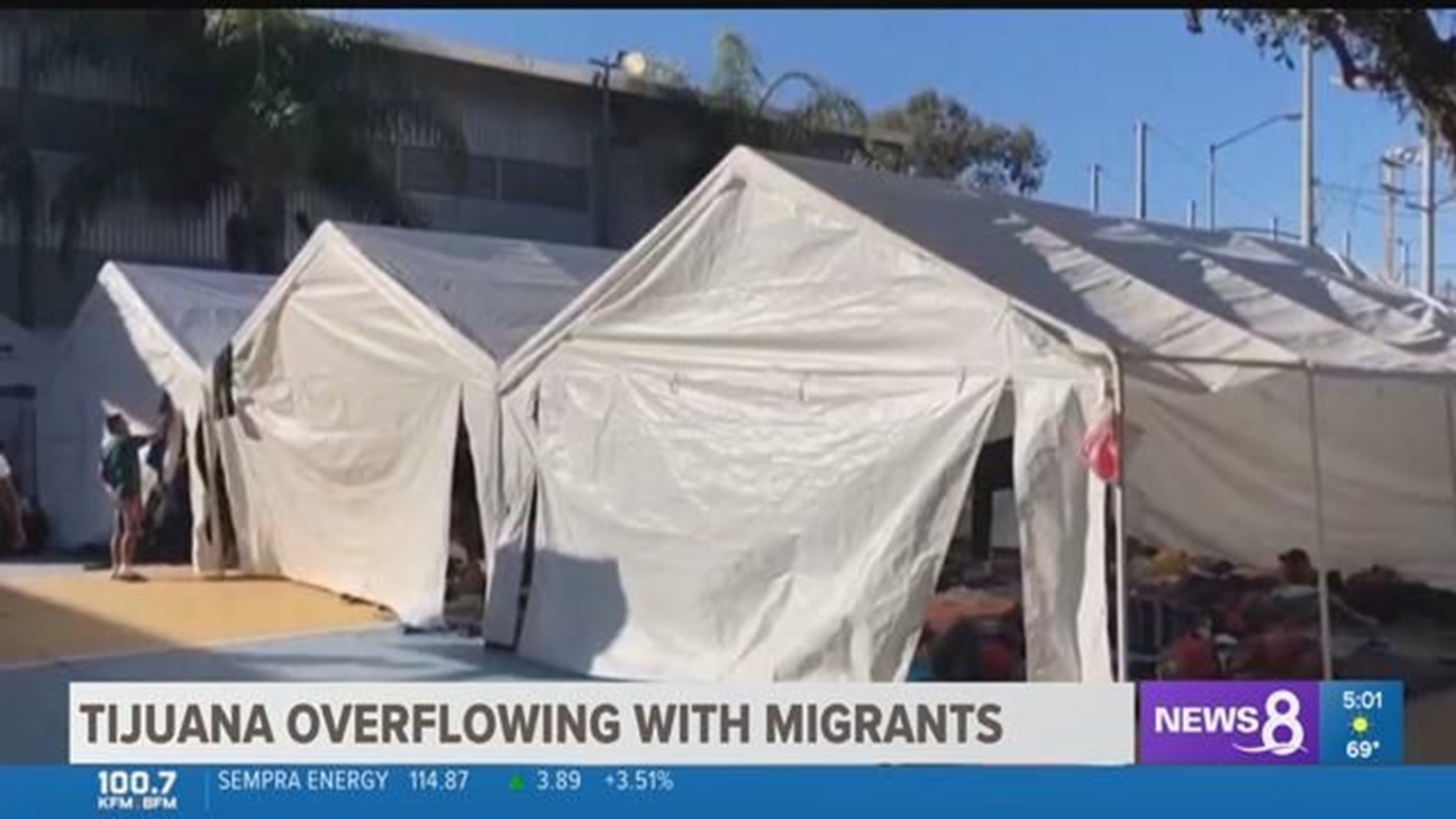 TIJUANA (NEWS 8) – After traveling more than a month and walking for thousands of miles, nearly 2,000 migrants have arrived in Tijuana – all hoping to cross into the United States, but a tall fence and several border agents stand between them and their hopes.

Another 2,000 migrants are set to arrive this weekend in Tijuana, but not all residents in the city are welcoming the caravan.

While some migrants have secured a place in a shelter, others in the caravan have had to stay in tents set up on sidewalks.

One migrant told News 8 he only had the clothes he was wearing and has had no water or food. “No tengo nada, (I have nothing),” he said.

Jorge Castro is the Border Angels director. On Friday, Castro traveled to Tijuana with a van loaded with donations from San Diegans. “We have some teddy bears with messages to keep fighting for the children.”

While many of the migrants may have started the asylum-seeking process, it will be a long undertaking that could last for months. Many have signed a tattered book provided by Mexican authorities as a way of “getting in line” to seek asylum.

Customs would not give News 8 the exact number of migrants who have requested asylum, however, Castro said the waiting list is up to 1,000 people.

Further, according to Castro, immigration officers are only able to see 30 to 40 individuals a day.

To make matters worse, the migrants’ arrival has been met with backlash from some Tijuana residents. Fights have broken out with some residents throwing beer cans and stones – telling migrants to go back home.

Border Patrol agents are out in full force along the U.S. side of the border and have beefed up security. Uniformed soldiers with heavy equipment are patrolling various areas – all part of the U.S. government’s plan to enhance security.

For some migrants, no matter their struggle, to arrive at the border is still a better life than what they had back home.

Border Patrol told News 8 they will not tolerate any illegal crossers, even though the port of entry is at capacity right now, the U.S. government wants the migrants to get in line.

The Border Patrol from the San Diego sector released this statement Friday, November 16:

The Border Patrol is prepared for the rapidly evolving situation along the border in San Diego with the daily arrival of caravan members in Tijuana.  We are working closely with our Mexican partners to minimize the impact of the caravan members and discourage unwanted or criminal behavior.  Caravan members are reminded that the proper way to enter or claim asylum in the U.S. is through an official port of entry.  As DHS officials have stated on multiple occasions, “…being a member of a caravan doesn’t give you any special rights to enter the country. If they arrive at a Port of Entry, they will have to wait in line in keeping with the lawful processes at our ports of entry. If they attempt to enter illegally, they will have violated U.S. criminal law and in accordance with the President’s proclamation and the Interim Final Rule they would be ineligible for asylum.”

Unlawful activity and acts of violence will not be tolerated.  Both U.S. and Mexican law enforcement entities are monitoring caravan activities to ensure the safety of caravan members, the public and our law enforcement officers.