SAN DIEGO (NEWS 8) — Over the weekend, thousands of Central American migrants facing dire conditions in Tijuana were moved to a new shelter. Officials say the migrants were moved from a sports com... 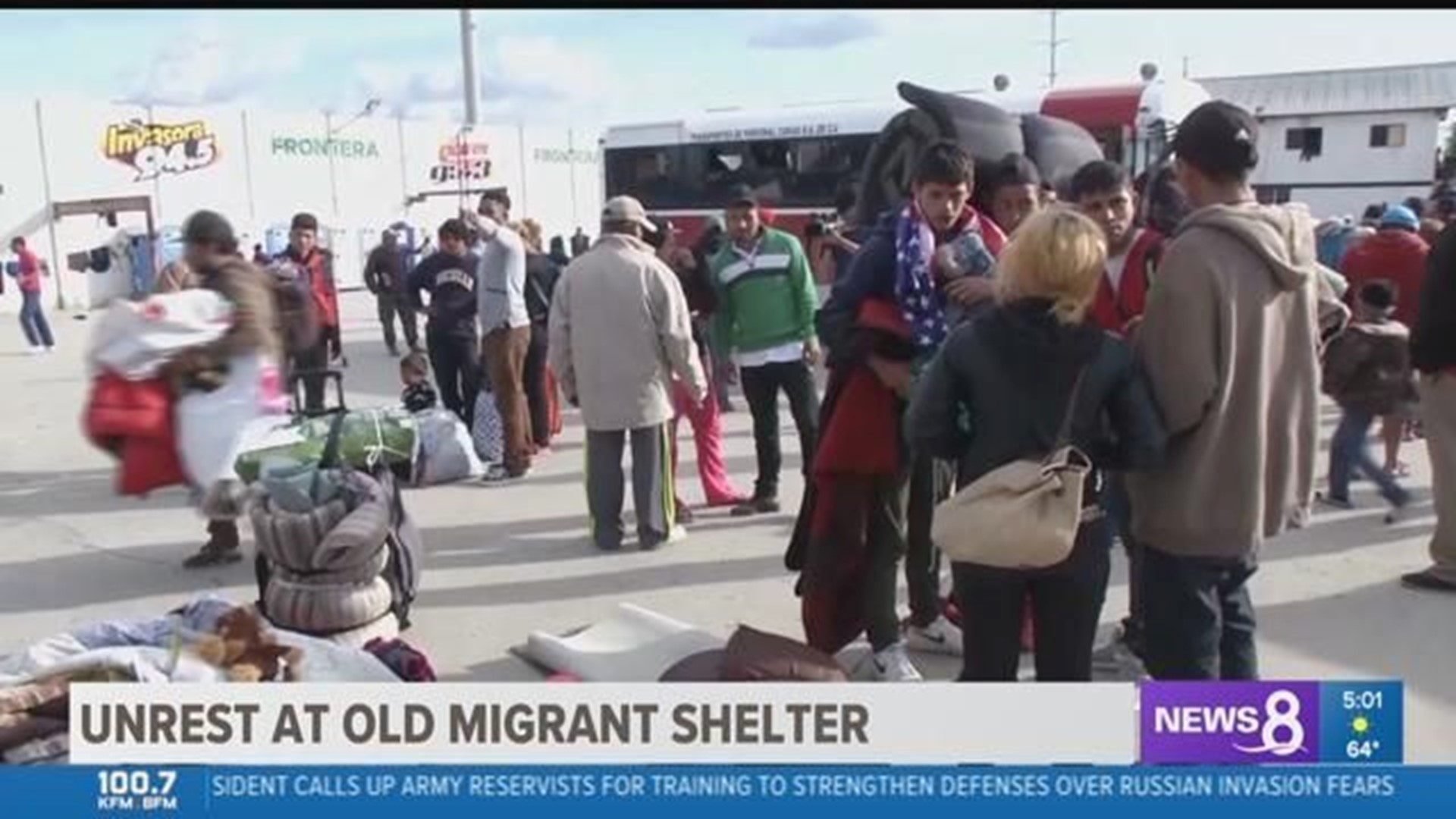 SAN DIEGO (NEWS 8) — Over the weekend, thousands of Central American migrants facing dire conditions in Tijuana were moved to a new shelter.

Officials say the migrants were moved from a sports complex that was shut down because of sanitation issues to a new facility near Otay Mesa.

Brynn Whitfield was handing out food, water and juice to migrants at the El Barretal shelter where more than 2,000 people were.

“And I brought all the kids toys as well,” said Whitfield.

Some at the new shelter are living outside in tents while others secured a place on the floor inside.

“It's always something I watch on the news and things are triggering, but last week especially seeing the tear gas and the picture of the mom running with the kids with no shoes on - I couldn’t not do anything this weekend,” said Whitfield.

A makeshift shelter at the Benito Juarez Sports Complex was flooded last week.

The government started moving people to the new shelter a few days ago and finally closed the complex Sunday,

Some refused to leave because Benito Juarez is close to PedWest where asylum claims are processed.

El Barretal is about seven miles south of Otay Mesa.

While some migrants flew Honduran flags there, Hector Torres put the U.S. flag on his tent.

"I feel afflicted because I can't enter and at the same time, I feel happiness because I am so close,” said Torres.

Health officials are working to improve sanitation at the new shelter while legal aid volunteers offer migrants help in their asylum case.

Mexico's secretary of domestic affairs told national newspaper Milenio it's preparing for them to stay for up to a year.

About a third of the caravaners decided to go home taking advantage of an offer for free transportation to their country of origin.

Almost 700 others received work permits to remain in Baja California.

Not everyone is willing to wait.

Border patrol says it's continuing to apprehend about 140 people a day for illegally entering the United States.

Torres, back at the shelter says he's willing to wait.

"It's all worth it, because the truth is that I can’t return to my country,” said Torres.