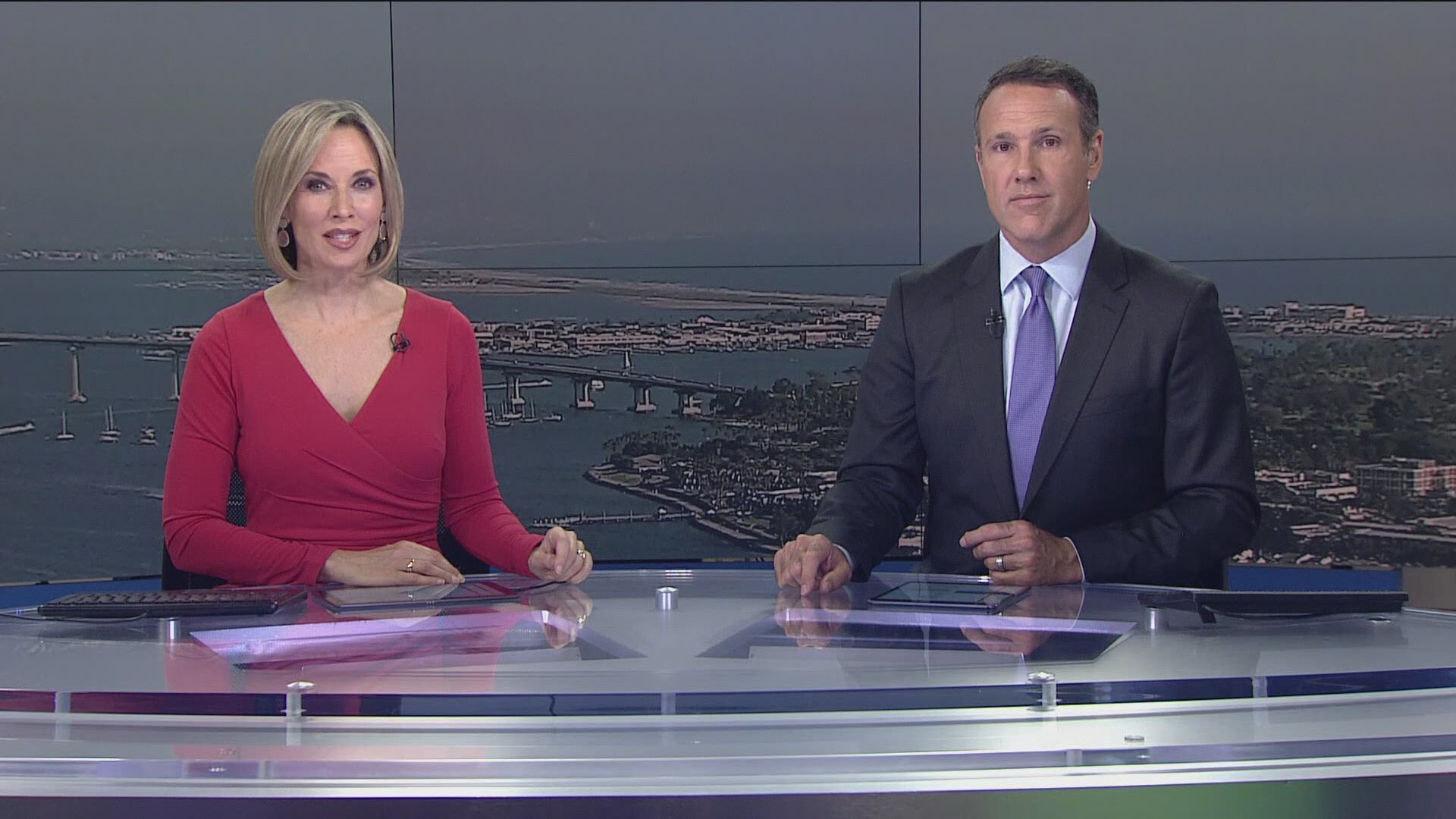 The Broadway national tour of "Miss Saigon" is in San Diego this week and this is an extra special stop for the cast. The actors, crew, and orchestra members were invited to take a step back in time, to those final days of the Vietnam War which they portray in their musical production, on board the USS Midway Museum.

It was an emotional tour as cast members had an opportunity to see an actual “Huey” on the flight deck of the aircraft carrier, the very flight deck where refugees from the Vietnam War found freedom.

“[The USS] Midway was one of a couple of carriers that were involved actively in the evacuation of Saigon, so we're just going to see a couple of highlights that are really relevant to what you guys represent in your professional lives here,” said the tour guide.

She and Anthony Festa play Kim and Chris whose wartime love story is broken when Chris - an American soldier - must evacuate Vietnam by helicopter, unable to locate Kim in the crowd.

"We have a replica of this in our show, and I literally am leaning out of it screaming, looking for her and all of the Vietnamese in desperation to just get out of Vietnam and I can't find her.”

In 1975, many refugees did escape on U.S. and Vietnamese helicopters landing here on the Midway during Operation Frequent Wind.

Karl Zingheim, the museum's historian, says the flight deck got so crowded perfectly good aircraft were pushed off to make room for more people looking for freedom.

Cast member and San Diego native Jackie Nguyen brought her mom Minh on the tour who got emotional as she remembered those difficult days.

Minh Nguyen says, “I’m just thinking about all my Vietnamese people in this land, and now I stand here with them.”

San Diego was a significant and historical stop for the cast members. “Miss Saigon” will be playing at the San Diego Civic Theatre through Sunday.