A La Mesa man who had been missing since Sunday after going hiking at Joshua Tree was found Thursday afternoon after a massive search. 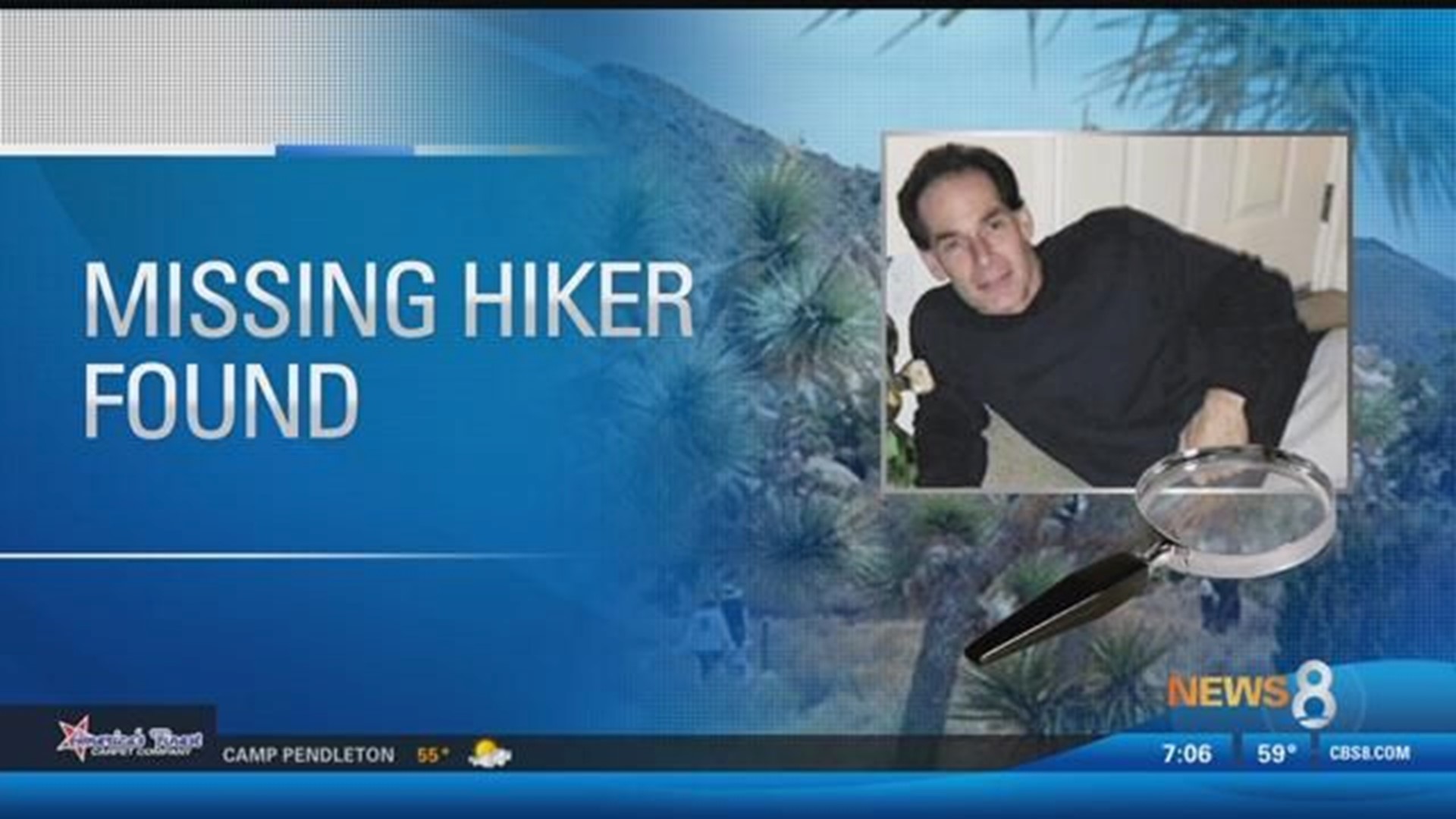 SAN DIEGO (NEWS 8) – A La Mesa man who had been missing since Sunday after going hiking at Joshua Tree was found Thursday afternoon after a massive search.

Paul Hanks, 54-years-old, is an attorney and real estate broker who recently celebrated his 54th birthday.

Hanks had told his family he was going on a five day road trip, which included hiking alone at Joshua Tree for a day.

He was suppose to meet his family in Las Vegas on Tuesday, but he never showed up.

According to his ex-wife, Patti Hanks, Hanks had appointments at his Santee law office on Friday, which she had to cancel.

She and several family members traveled to Joshua Tree Thursday to do anything they could to find Hanks. Patti described him as her best friend.

Search teams began looking for Hanks Wednesday with helicopters and K9s. Hanks' truck was found in a parking lot near the Maze Loop Trail.

On Thursday afternoon, Hanks' family received news that he had been found alive. He had suffered a head injury and was airlifted to a hospital.

He is expected to recover.