Two Mission Beach parents received a letter shaming them and calling them 'selfish' for raising their sons in a 'tiny' Mission Beach condo. 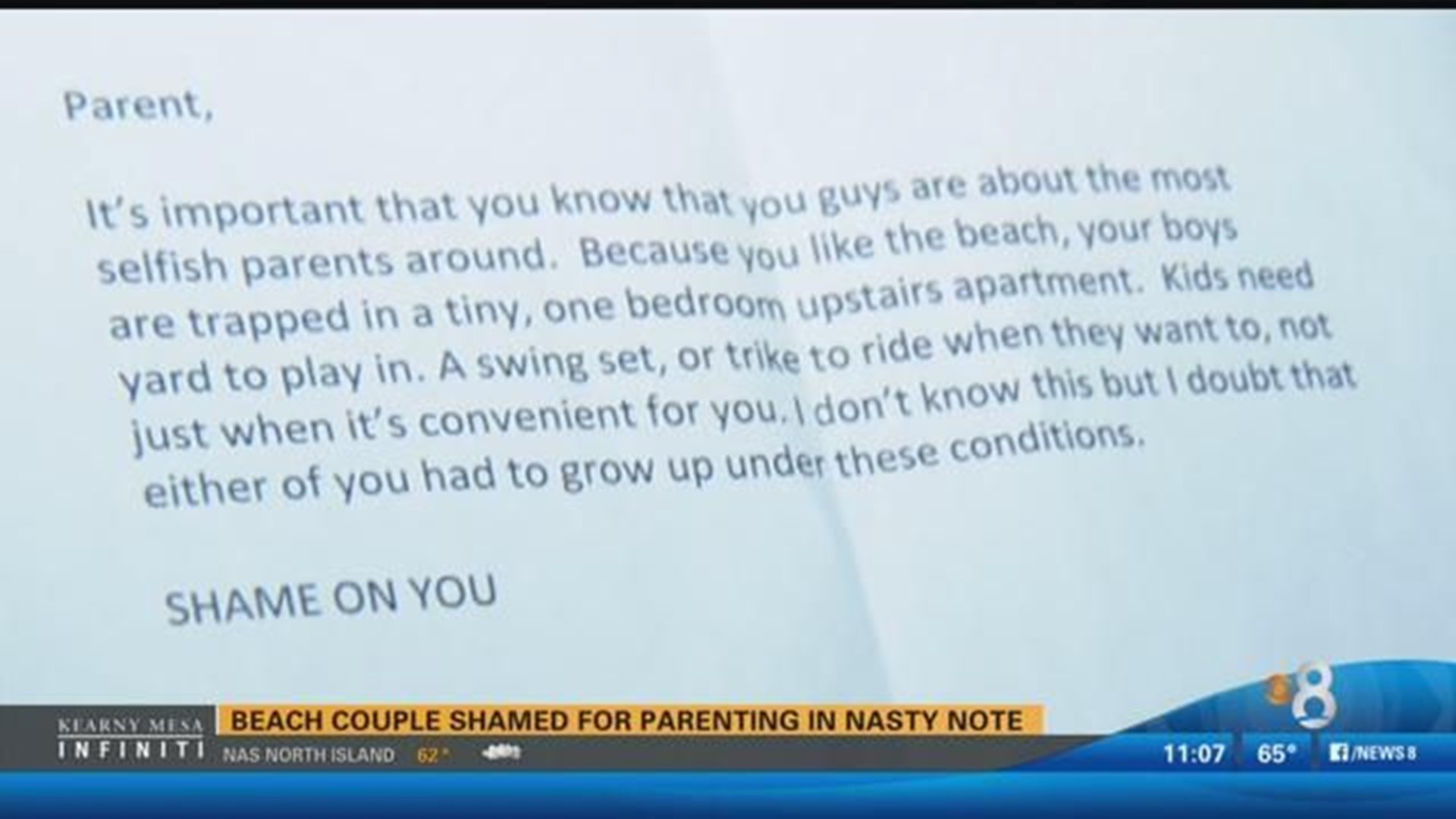 SAN DIEGO (CBS 8) - Two Mission Beach parents received a letter shaming them and calling them 'selfish' for raising their sons in a 'tiny' Mission Beach condo.

Mike and Kelly Brüning have lived in south Mission Beach for nine years with their two sons. Last week the couple received a letter by an anonymous sender.

It's important that you know that you guys are about the most selfish parents around. Because you like the beach, your boys are trapped in a tiny, one bedroom upstairs apartment. Kids need yard to play in. A swing set, or trike to ride when they want to, not just when it's convenient for you. I don't know this but I doubt that either of you had to grow up under these conditions.

It's a two-bedroom condo, not a one-bedroom. Family photos line the walls, bunk beds and names across four-and-a-half year old Grayson and two-year-old Everett's bedroom.

"We love being here at the beach and staying active and really it's about the neighborhood and friends and it's the perfect location for us and our boys," said Mike Brüning.

Kelly posted the letter on the family's Facebook page with the caption:

"Now.. this place just got interesting. We received this in the mail today ... not everyone in 92109 is solid. Sometimes harassment comes in simple forms."

Since she posted the letter, the family has received an outpouring of support with more than 200 comments.

"They are great parents, great family. You are not defined by your square footage, especially here at the beach," said a family friend.

Friends and family hope the sender learns to not be so quick to judge.