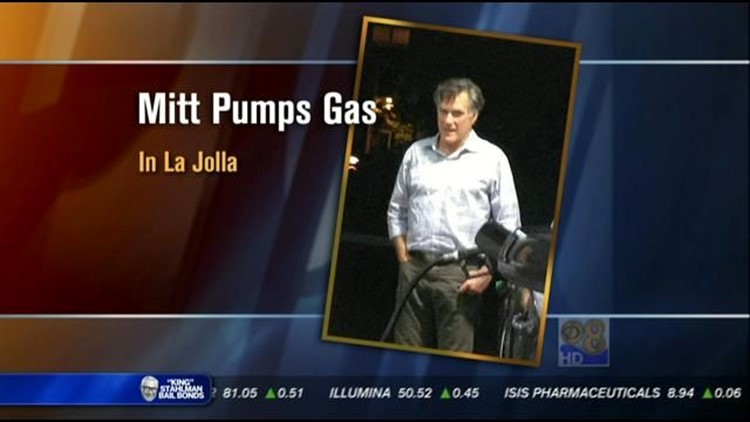 Two weeks ago, he lost the race for presidency. Now Romney is apparently spending time in San Diego.

Yahoo! News posted a photo of Romney filling his tank at a La Jolla gas station. The photo was originally posted on Monday to reddit.com.

On Saturday, TMZ reported Romney and his wife Ann went to see the new "Twilight" film in Del Mar.