More than $100 million in spending is necessary to bring the buildings at Balboa Park and various amenities at other parks around San Diego into good condition, according to a pair of reports that we 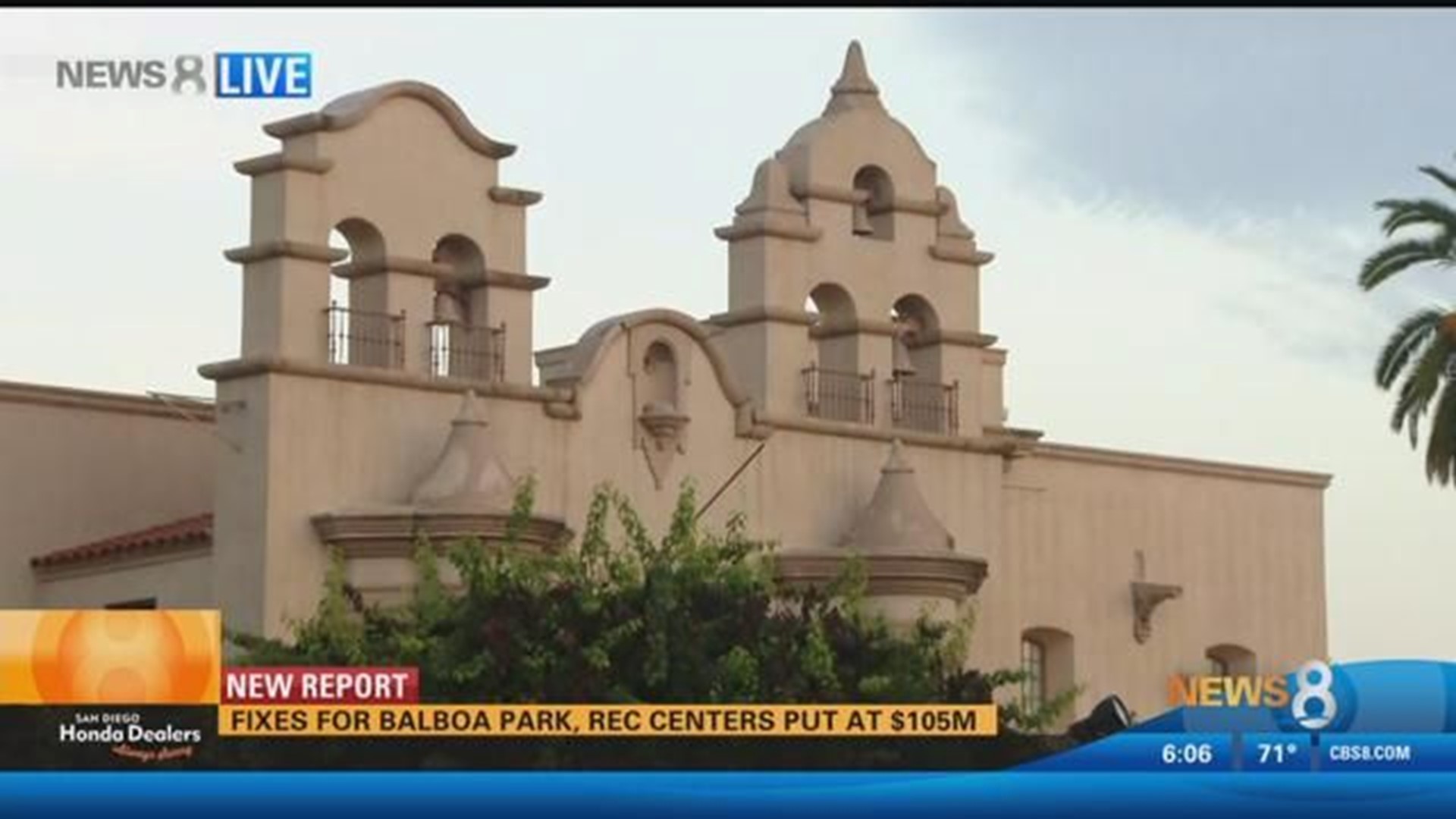 SAN DIEGO (CNS) - More than $100 million in spending is necessary to bring the buildings at Balboa Park and various amenities at other parks around San Diego into good condition, according to a pair of reports that were presented Wednesday to the City Council's Infrastructure Committee.

The panel heard presentations on the reports, but took no formal action on them.

The city assessed the condition of 118 buildings or structures in Balboa Park and the amenities -- like playgrounds and fields -- of 76 parks.

It was determined that $79.2 million in spending was needed at Balboa Park to bring its buildings and structures into good condition, while other parks required $24.8 million, according to the reports.

In Balboa Park, the assessment teams examined 13 museums, the carousel, four theaters, 21 restrooms, horse stables and a pool, among other facilities. While the leased buildings were in good shape overall, city-occupied structures rated from fair to poor, according to the report.

Regarding other types of parks around the city, 48 of the 76 were found to be in good condition, while a dozen were in fair shape and 16 poor.

Problems noted in the assessments were numerous but primarily mundane, including issues like walkways and retaining walls needing repair and play structures needing replacement.

City officials have been conducting assessments of many types of municipal assets, like buildings and sidewalks, in order to get a handle on a capital projects and maintenance backlog that runs into the billions of dollars.