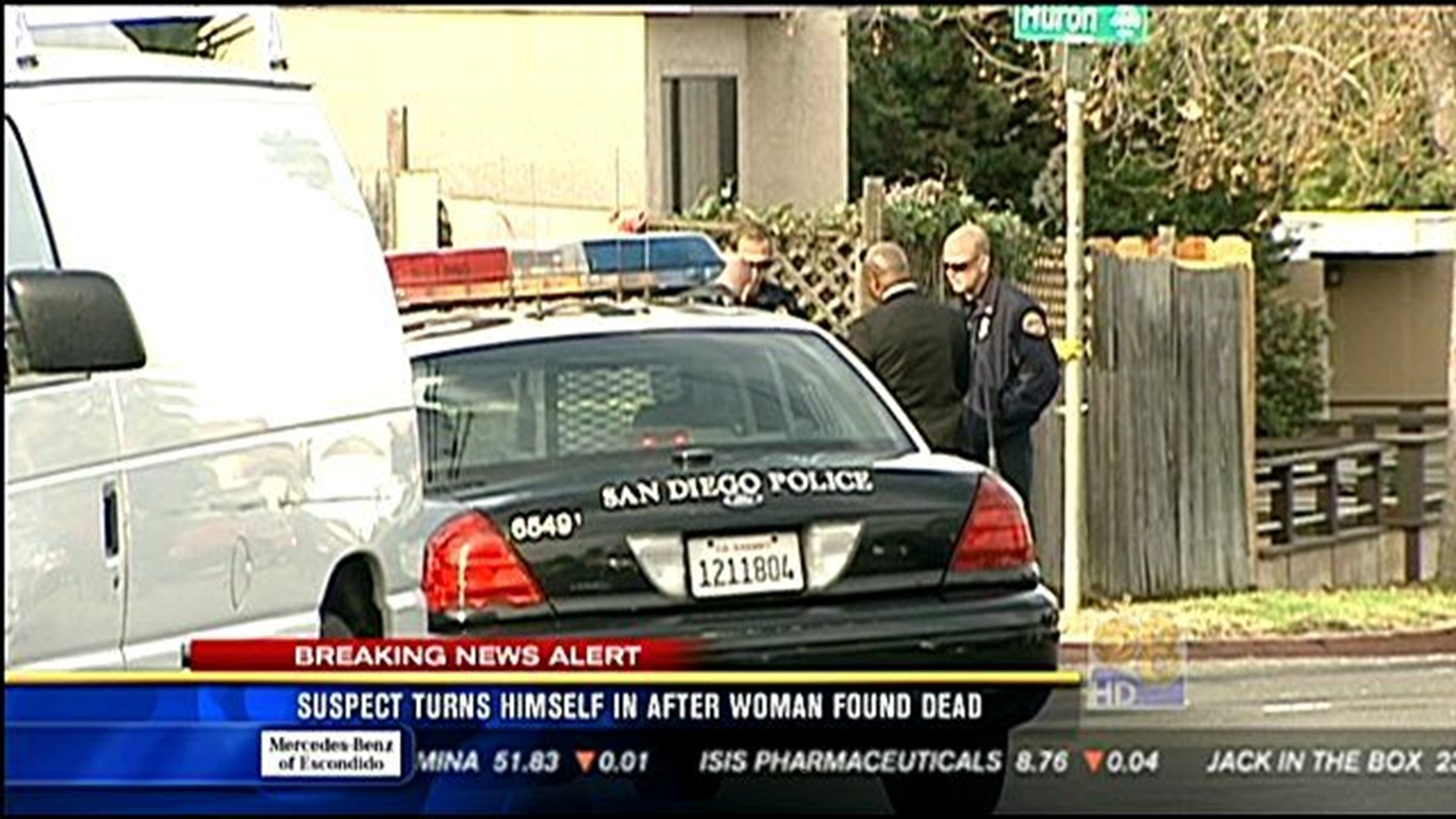 SAN DIEGO (CBS 8/ CNS) - The daughter of a woman who was found dead inside her burning home in the Bay Park area this week says she never saw the tragedy coming.

"There was no sign," Katie Gould, the victim's second-oldest daughter, told News 8. "I am wrapping my head around this like everybody else is."

Authorities say firefighters arrived at the home in the 4800 block of Huron Avenue around 5:00 a.m. on Monday morning. The woman, 46-year-old Margaret Pappas, was pronounced dead at the scene from an apparent stab wound.

"She was funny and perfect and she cared about everything," Gould said of her mother, who worked as a teacher's aide with disabled students. "She was a ball of energy and joy, and she was like a little kid at heart."

Gould also said she was a devoted mother who was dedicated to her children and students.

Pappas' live-in boyfriend, Anthony Elias Estrada, 41, is charged with murder and arson. He remains held without bail, and faces 34 years to life in prison if convicted, said Deputy District Attorney Dan Link. Estrada's arraignment was postponed until Thursday because he was confined to a safety cell.

There were four others who lived at the home, the victim's two daughters, one of their boyfriends, and the suspect.

Neighbors report hearing dogs barking shortly before 5:00 a.m. and upon looking outside noticed lights were on inside the home, and one of the victim's daughters and her boyfriend were standing outside. Moments later San Diego Police and Fire crews arrived on scene, but Estrada where nowhere to be found.

Once the fire in the back bedroom was knocked down firefighters discovered Pappas' body. Paramedics were called in and determined she was dead and appeared to be stabbed.

Gould tells News 8 there were never any signs of domestic violence between her mother and Estrada.

"There wasn't ever, not once,  not even one time," Gould said. "My mom was the strongest person I know. If that ever occurred, she would have gotten up and walked away in a matter of seconds."

Gould also says her mother and Estrada were together for more than a decade, wore matching rings, and had planned to spend the rest of their lives together.

Estrada was the one person missing from the home when detectives arrived, but the 41-year-old made his presence known a short time later about a mile away at Clairemont High School.

"He approached two employees of the school and they had a brief conversation and they called police," Rooney said.

Neighbors say Estrada had been acting strangely the week before, walking around the neighborhood at odd hours, talking to himself.

The circumstances that lead to Pappas' murder are still unclear.

Gould said she and her siblings are now working to re-build their lives, which includes finding a new home, without their mother.

"The best way I can describe it is walking in a dark room and having to find a door without a flashlight," she told News 8.