A group of parents are voicing concerns Friday about the political message that was painted on a wall at a South Bay school. 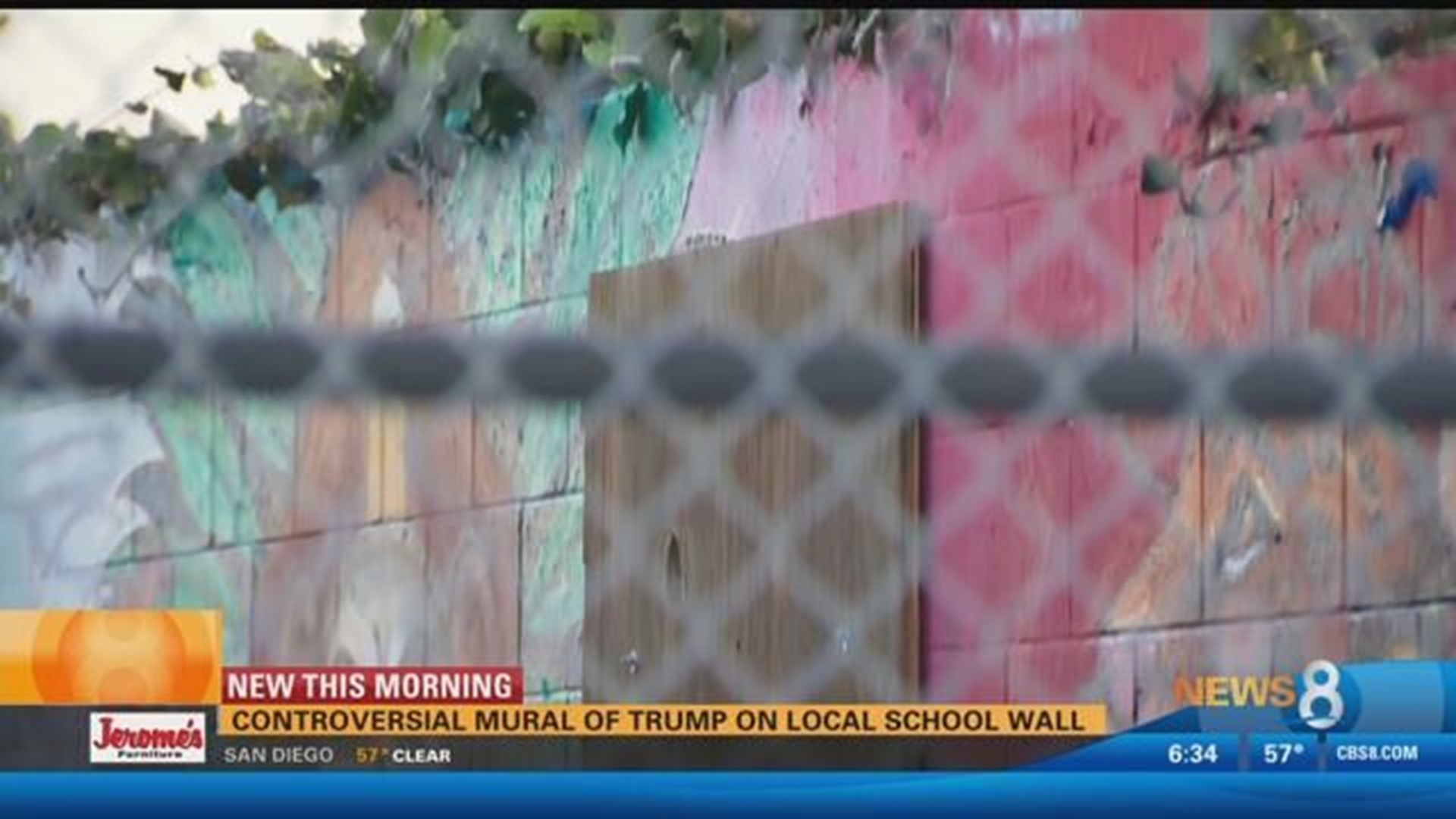 Content Warning: Please be advised this story contains graphic details that may be upsetting to some readers/viewers.

SAN DIEGO (NEWS 8) - A group of parents are voicing concerns Friday about the political message that was painted on a wall at a South Bay school.

Many residents in the area considered the display, which was on the wall of a school, graphic and inappropriate.

As of Wednesday, the school covered the mural with a black tarp and have asked the artist to come back and modify the mural.

MAAC Charter, chartered by Sweetwater Union High School District, touts itself as a community school that offers students a unique curriculum in which students learn traditional subjects in relation to real-world issues.

Director Tommy Ramirez says this mural was a part of Battlegroundz, an annual event which highlights the urban art form of street murals to raise money to provide scholarships for seniors.

News 8 reached out to the artist of the mural, but she declined to comment.

"Although the MAAC School is chartered by the Sweetwater Union High School District, we do not have administrative or programmatic oversight of them or their programs. We are glad to see that they are taking immediate action on this. However, any concerns regarding this situation should be addressed with them directly and not with the Sweetwater Union High School District."